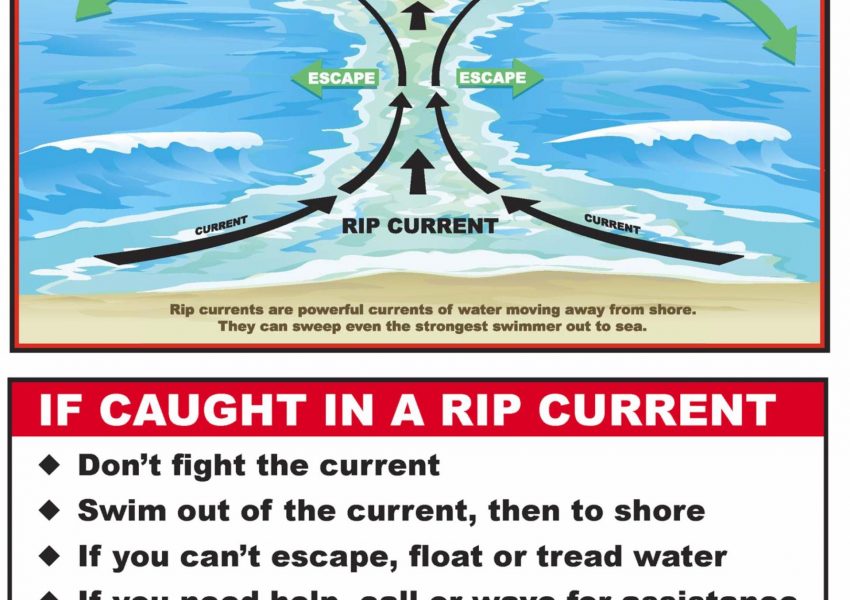 In late May, off-shore Rip Tides on Turtle Beach and Siesta Key Beach, led to the tragic deaths of two swimmers.  Both accidents occurred in the early evening hours.

The first incident occurred in the early evening hours of May 19.  According to The Sarasota County Sheriff’s office “deputies responded Tuesday evening around 6:00 p.m., to Turtle Beach for the report of a possible drowning. Multiple units responded including our Marine and Aviation Units, as well as the Venice and Sarasota Police Department’s Marine Units, and US Coast Guard.”  The Sheriff’s office statement read that, “detectives believe an elderly woman was caught out in the water and unable to swim safely back to shore. A good Samaritan swam out in an effort to save her and was caught by the current. He was unable to return to shore and later pronounced deceased. He has been identified as Albert D. Antinori, of Lutz,FL.”  Antioni was 39 years old.  “No one else was injured during the incident including the elderly woman who eventually made it safely back to shore. There are no signs of foul play.”

Just five days later, during the Memorial Day weekend, on Sunday, May 24, The Sarasota County Sheriff’s Office reported that “deputies were called to 948 Beach Road (Siesta Key) just before 6:30 p.m., for multiple reports of swimmers in distress. When they arrived, deputies located three swimmers including one adult female and two children. With assistance from bystanders and EMS personnel, all three were eventually brought to shore, however, one of the children, a female, was unresponsive. Lifesaving measures were rendered but were unsuccessful. The child was transported to the hospital where she was pronounced deceased. The victim has been identified as Irys Wright, of Lake Wales, FL.” Irys was 10 years old.

Tragic losses such as these can be prevented, says Dr. Stephen P. Leatherman, a Professor and Director of the Laboratory for Coastal Research at Florida International University, who is also known as “Dr. Beach.” Swimming at beaches where lifeguards are on duty is the first safety step.  Everyone, adults as well as children,” he told the Siesta Sand, “needs to learn about rip currents. Rips,” he said, “occur naturally when two currents of water come together at the shoreline and  form when they cut a path through a sandbar as they try to return to the open water of the Gulf and fade out.”

“Although sand bars increase the risk of rip tides, Siesta Key and Turtle Beach are not normally prone to rough water or rips,” Leatherman commented.  “But the right weather and water conditions can bring them on.”  Discussing the difference between the two beaches that were the site of the recent tragedies, “Dr. Beach” said that Siesta Key’s “wide continental shelf breaks the waves down, and its soft, flat sand is not normally conducive to sand bar formation. Turtle Beach, unlike Siesta, drops off much more. You don’t have to be out that far before you can’t touch the bottom,” he said.

Weather conditions also play a big role in creating rip currents. “Even two-foot waves can create a rip current. Add in 15-20 knot winds, as well as a storm offshore, and some waves can develop rip currents,” the professor advised.

When swimmers encounter a rip tide, Leatherman said that the best advice is to “stay calm and don’t panic!  Trying to swim back to shore is the worst thing you can do,” he said. “Swim parallel to the shore or float.”  Sarasota County Lifeguard Chief Scott Montgomery agrees. “If you’re feeling that pull out to sea, break the grip of the pull by swimming to your left or to your right.  You’ll be out of the pull and you can swim back to safety.  Or ride it out,” said Montgomery. “Most rips are 5-10 yards wide and extend about 10-15 yards off shore.”

According to the County’s Chief Lifeguard,  Rip currents can “pop up at any time.” He believes that all beach goers should know how to identify a rip current before heading into the water.  “Rip water does not look the same as surrounding water. It has sand in it and it’s kind of foamy.”

When there is danger in the water, Montgomery reported, lifeguards post red flags, and rip conditions are posted on lifeguard stands.  “When you get to the beach, if you have concerns, visit the Lifeguard stand and talk to the Lifeguards,” he said.  “Be aware of beach conditions and look for rip currents off the shoreline. If you see what looks like dirty sandy water, that is a rip current.”  Sarasota’s Chief Lifeguard also urges all adults who are visiting a beach with a child  to “always go in the water with them.”

When no lifeguards are on duty and a swimmer is in distress, Montgomery’s expert advice to those on the shore is to “yell loudly to the person and urge them to remain calm. Tell them to swim to the right or left and follow the shoreline.”

There are six Sarasota County beaches with daily lifeguard coverage, including Siesta Key Beach.  Sarasota County lifeguards are on duty every day from 9 a.m. to 5 p.m., seven days a week, 365 days a year.  They are:

Swimming at beaches guarded by trained lifeguards is the best and safest way to enjoy a day at the beach.  Before heading out for a day at the shore, Siesta Key and Sarasota County beach goers can find specific and current beach conditions by calling MOTE’s beach hotline at 941-BEACHES (941-232-2437). MOTE also maintains an an easy-to navigate and informative website that is also updated twice daily with information on water, wind,  surf, and rip current conditions. Visit www.visitbeaches.org.