Lots of places are referred to as a “melting pot,” but Siesta Key has to be one of the smallest areas with the biggest diversity. Visitors flock here from all over the world, looking for something new while at the same time enjoying connecting with something familiar. Unlike some typical home towns Siesta Key clubs and restaurants don’t have that predictability of the places visitors left behind: While your home town may be known for a particular type of food or music, what you find on the Key can vary wildly. This isn’t a blues town known for barbecue or a country place heavy on heartland meat and veggies with a side of Nashville sound. We’re not even a jazz city offering dishes you don’t recognize and music that gets so far out you can’t find one … this is Siesta Key, man, and because it’s inhabitants and visitors are from all over the world, so is the food and music here.

Thanks to her multi-talented band and her vastly varied performing experiences, Lisa Ridings is just the vocalist perfectly suited to perform here.  A native of Long Island, Lisa knew as soon as she finished school that her future was in being a singer. She went for it with confidence and, sure enough, she was soon leading a pretty sweet life as a cruise ship entertainer working 10 months at a stretch and then having two glorious months all to herself. Add a few years working yacht clubs, then a few more in regular nightclubs, and Lisa had probably performed every genre of music known to man.

Now settled in southwest Florida, The Lisa Ridings Band works steadily in high season or low, from Bradenton and Sarasota down through Venice, Englewood, and Punta Gorda, day gigs, late nighters, indoors and out. Thanks to the quality of the band, Lisa can stretch her considerable talent by doing 70’s soul and R&B, high energy dance favorites, Classic Rock, Top 40, funk …. She may even drag out some old disco for your dancing pleasure. And through it all, the band’s right there with her, literally never missing a beat.

Bass man Tony Camarato and drummer Peter Bonagiano lock in the groove for this wide repertoire of rhythms. Tony is from Ohio and had his own show band there “AND he sings,” Lisa says with a note of joy and relief. “I am so glad that we have him!” Peter has been the drummer for the band from the beginning after having subbed for another drummer a few times with Lisa. He’s from New Jersey, and knew who to turn to when they needed a new guitarist: Sarasotan John Purcell. They had worked together in the past.

John has lived in SW Florida most of his life, attending college here and then going into business for himself locally, and was always into music, playing with one band or another. Not exactly a native, but about as close as most get so it counts.

“I just loved John as soon as I met him,” Lisa says. “He’s so easy to work with, and really knows how to work with a vocalist.” That’s something you don’t often hear said as many vocalists feel they have to fight to be heard over the guitarist’s ever-increasing volume as the gig goes on.

Keyboard player Billy Day is from Indiana and in addition to playing with Lisa’s band he works at Troll Music in Venice and plays with rock band Maiden Cane.

So wherever you’re from, friend, welcome home to Siesta Key and the many sounds of the Lisa Ridings Band. They’ll be performing at the Blasé Café & Martini Bar on Friday, August 10 at 7 p.m. 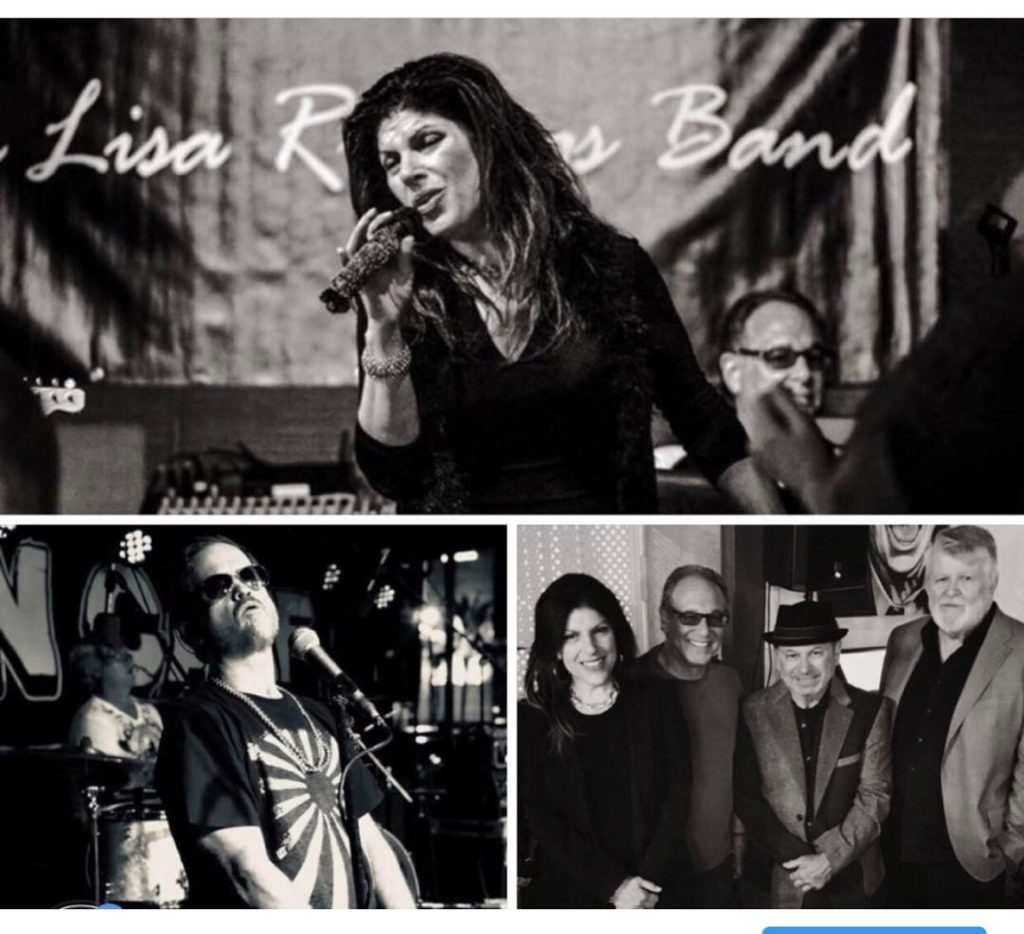 https://www.facebook.com/pg/TheLisaRidingsBand/events/  (where you can also book the band directly through Lisa)

or scroll down on the home page of their web site to check their calendar: http://www.lisaridings-band.com/