If you love piano music of any style, you’ll love John Hetherington, Fridays at Flavio’s Brick Oven and Bar.

There are a lot of people for whom childhood piano lesson memories are, shall we say, “less than great.” They suffer through for as long as their parents insist, practice as little as possible, look forward to the day the torture is over, and would rather be doing just about anything other than sitting at that keyboard. (My mom was a piano teacher, so I know this stuff.) Well, not so for John Hetherington. He started taking piano lessons when he was nine years old and has been loving playing ever since, becoming  “really serious” about playing around the time he got out of high school (2013).

When asked what he enjoys in addition to his music, he’s hard-put to come up with an answer. After a painfully long pause he laughs at himself for not being able to think of anything. ANYTHING. Not one single thing. In all the world there is nothing John Hetherington enjoys as much as music. About the only way to diversify his interests is to divide music into different genres so it sort of feels like multiple choices, but even then, he says he loves and plays them all.  Classical, jazz, funk, soul, standards, lounge, originals … it’s all good. In fact, it’s all wonderful. He does, naturally, lean toward the sound that has been coming out in his original compositions, which he says are “a little tough to describe stylistically,” beyond that they are heavily influenced by his deep interest in composition.

While John’s explaining this I realize that, despite a decade of interviewing people of all types, our conversational rhythm is a bit off. I pinpoint the distraction: on the surface he sounds like any bright young guy his age, but when we talk music, he sounds like an older, more sophisticated soul. It’s a little jarring, but enjoyable. Especially a few minutes later when he randomly throws out that he does enjoy the beach. Apparently another channel of his brain has been working on that while we moved on to other topics. It makes me silently smile; he’s entertaining all right, even to talk to like this.

A self-described “army brat,” John takes a shorter pause when asked where he’s from originally. Specifying that naming a home town is “pretty convoluted,” he says that he grew up all over the east coast, and then decides that he probably considers himself to be “from” northern Virginia, where he and his folks lived before moving to Sarasota about five years ago.

Comfortably confident and adaptable, just as John is up for pretty much any style of music, he’s also comfortable working in any playing configuration from solo performer to member of a full band. His blues/soul side is satisfied working with popular SW Florida group The Hydramatic, known for their great covers of such classics as Al Green, Earth, Wind & Fire, and other equally excellent classic R&B guys. They’ve had a steady blues gig at Sarasota’s Main Street Gator Club every Monday for quite some time and their popularity promises to keep it going for quite a while. But he’s equally enjoying a completely different, more intimate solo gig on Siesta Key at Flavio’s Brick Oven and Bar, located in the Village (5239 Ocean Blvd).

When asked what he most likes about this solo gig, he says it’s the connection he can make with the audience. He doesn’t go in with a pre-determined set list for the night, finding one of the most enjoyable aspects of playing there to be figuring out just what it is that the crowd that particular night would most like to hear. Unlike a club that’s consistently frequented by a young audience seeking loud, high energy dance music, this room is much more personal. And yes, he is open to requests.

Classical*****, jazz standards, “even piano bar,” it doesn’t have to be his particular favorite in order for him to enjoy playing it; he enjoys knowing how pleasing it is to the audience that sits really listening and absorbing these songs. It can be pretty diverse, both from night to night and even within one evening. It’s a great challenge, and one that he’s well up to. (There’s that old soul again.)

While John’s working his way up to recording some of his originals, you can hear a little bit of several different styles he plays by visiting his Facebook page*, his in-progress website**, The Hydramatic pages***, and of course by coming out to Flavio’s Brick Oven and Bar**** every Friday night in June for his solo performances. It should be an interesting experience to watch this talented man playing music with his young hands and the heart of an old soul. Enjoy. 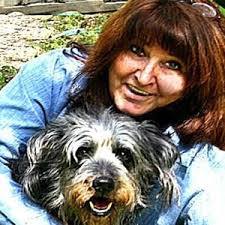