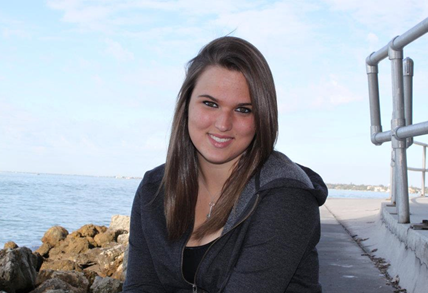 Reverend Michael Cannon, the pastor of St. Michael Roman Catholic Church on Siesta Key, is pleased to announce that the parish family will be holding its first ever Patron Saint Feast Day celebration on Saturday, September 24, 2016 at the grounds of the Church and Parish Hall, 5394 Midnight Pass Road from 11am to 7pm. This event is open to all.

Festivities will include food, music, games, an auction, raffles and other fun activities for all ages. One of its many activities on that day will be an old fashioned auction. Donated items such as a TV, I PAD, Charter Fishing Outing and Gift Certificates will be available for bidding and winning. If you would like to donate an item, please contact Carol or Roy Baker, the Auction Chairpersons at 419-782-8878.

The committee is also looking for food and craft vendors. Those who are interested should send an e mail to stmichaelsfestival@gmail.com. Space is limited.

Chicken coops could start popping up throughout the county. New rules permitting backyard chickens throughout most of Sarasota County got an initial OK by the County Commission July 12. The Commission supported draft rules that, if approved, would allow up to four hens to be kept on properties within single-family residential areas, including Siesta Key.

The issue of permitting backyard chickens has been a controversial one in the county since early 2012, after the city of Sarasota changed its rules to allow residents to keep up to four hens, but no roosters, in a coop on single-family properties. The draft ordinance provides a sunset date of Jan. 1, 2019, to allow staff to re-evaluate the ordinance.

Advocates say that, as more people become interested in organic gardening, interest in consuming homegrown rather than store-bought eggs and chickens may continue to grow.

An off-duty Sarasota County deputy caught a glimpse a bobcat on Siesta Key July 5 and snapped a few quick photos.

“Minding his own business, the bobcat didn’t disturb anyone and simply went on his way, but not before Deputy Riva … had time to snap a quick photo! We can’t say we’re surprised this cat chose to dig its claws into the softest sand on the west coast (of Florida),” the Sarasota County Sheriff’s Office wrote on Facebook.

The Sheriff’s Office shared three photos. A bobcat sighting was also reported at Beach Access 8, on a separate occasion.

Q. When (and where) is the meeting on the changes to the (CAP) Critical Area Plan, (height and density) that the County Commissioners will need to approve for this project?

Q. How does the public influence (or send in request) for the traffic (road) study to include all roads, even roads such as Midnight Pass going North and South?

At the time of press the application has yet to be submitted. It is anticipated to be by the end of the July. Below is a response to these questions from the County point person, Todd Dary assigned to the Project.

Once the application for CAP and Rezone are submitted the county will schedule a CAP boundary public hearing and begin review of the rezone petition. The CAP boundary hearing will occur approximately 8-10 weeks after submittal and will address the boundary, multi-family use and density. The Public hearing for the rezone will occur approximately 6-8 months after submittal and will include the CAP and rezone.

Applications submitted are posted to the county website for viewing and downloading (look for the tab titled “Petition Applications Filed”. The address is as follows: https://www.scgov.net/PlanningServices/Pages/Rezones.aspx

You can contact the county after the application has been filed and the county can forward you a copy of the transportation analysis. Traffic analysis is determined by County and State staff. The county can provide you the contact info after the analysis has been submitted.

In a recent newsletter from Save Our Siesta Sand 2, the fund raising organization is seeking donations. The following appeared in the newsletter:

"As you have read in the local papers and in the Sarasota Magazine Save our Siesta Sand 2 is preparing a lawsuit which will target the City and Army Corps plans to dredge Big Pass. We are supported by the Siesta Key Chamber of Commerce and the Siesta Key Village Association as well as many of the condominiums and individuals on Siesta Key and elsewhere who see the risk in these plans to dredge Big Pass for the first time. The City has requested funding in their budget to oppose our suit and of course the Army Corps has virtually unlimited resources. This shapes up to be a David and Goliath struggle but one we can win if those individuals who see the threat to navigation and Siesta beaches step up to the plate. When the intent to permit is issued we will need to have at least an additional $150,000 and we have just 14 days to file suit."

At the July Siesta Key Village Association meeting it was disclosed that the organization has raised $62,000.

The Siesta Key Chamber of Commerce welcomes Paige Diffley as their new part-time Office and Event Assistant. She is a recent graduate of the University of North Florida in Jacksonville where she majored in Communication with a focus in Advertising and a minor in Psychology. She has demonstrated skills and work experience with marketing research, social media, and web analytics.

She was born and raised in Sarasota and attended Cardinal Mooney Catholic High School. She enjoys all types of music and outdoor activities such as kayaking, paddle boarding, and of course, time on the beach.

Looming SCAT change for the Key

In April 2014, representatives of Sarasota County Area Transit (SCAT) appeared during the Siesta Key Village Association (SKVA) meeting to tout new Route 10, which would run from Southgate Mall through Siesta Village and all the way down to Turtle Beach. Sarasota County had received grant funding to make the operation possible.

SCAT Director Glama Carter referred to it as a “trolley” route, adding, “Our intention is to dress those buses in a very colorful way that fits into the island atmosphere” while making it clear they are part of a Sarasota County operation. She also talked of the “big marketing campaign” SCAT planned to begin in June 2014 for all of its routes.

SKVA members and county commissioners urged Carter to pursue a variety of means to advertise the route to the public. Otherwise, they pointed out, it would never succeed.

Flash forward to July 12, 2016: SCAT Director Rocky Burke — who was hired to take over leadership of the county’s bus service after Carter was fired later in July 2014 — told the County Commission that a comprehensive operations analysis of SCAT had determined a number of routes needed to be eliminated because of low ridership. Among those targeted to end in April 2017 is Route 10.

SCAT staff will work on incorporating some of the service areas of those routes into others, he said. For example, Route 33, which provides seasonal service that encompasses the Amish and Mennonite community of Pinecraft, could be modified to serve part of Route 10, he said.

A chart included in the report on the analysis showed the average weekday ridership for Route 10 is 53; on Saturdays, 69; and on Sundays, 63. Burke promised to update the County Commission about the route changes before they are implemented.

Representatives of the Siesta Key Village Association have renewed a push for a genuine type of trolley service on the Key. SKVA representatives have suggested county staff research the operations of trolleys in other beach communities — including Anna Maria Island, St. Augustine, Clearwater Beach and Fort Myers Beach — to see how those systems function.

Trolleys, not everyone agrees…

“Surely the trolley will operate in the red…. Cities that have trolleys still have the same complaints. Trolleys don’t reduce traffic, it’s faster to walk on Anna Maria then ride the trolley. Very few government run businesses turn a profit.

Back in 2013 someone had a trolley operation from off key to on key, $5 round trip! Great deal! They lasted 45 days. If there is a market for it, private enterprise will meet the need. Not to mention we already have scat buses that seem to be empty most of the time.” Jerry Alu

“As you know, being the person who helped start the Free Rides almost 7 years ago, personally I see no need whatsoever. Already have 2 buses, do EXACT same thing, unfortunately, they're always empty!

The Free Rides are "personal", cater to folks out here, including locals needing to get to work, we cut down on car traffic, help with parking issues and alleviate drunk driving issues… But, most importantly, I've been told over many years, we make a great memory for visitors…..They love us, actually, Siesta LOVED our idea 6 years ago when we started, don't understand why we are suddenly forgotten?

I volunteered in the parade, helped with yearly events, even the Crystal Classic (I'm the ONLY person who transported the Artists 7 days a week while they were here, since it' onset….. (I'll stop)…it's just, I/we contributed SO MUCH to our beautiful island, now we are nothing?” Maura Thompson

In early July a new gate on Shell Road alarmed at least one Siesta resident. Knowing that the county several years ago improved parking and access to the water at the end of that road, SNL turned to county staff for help. On July 12, Mark Loveridge, the county’s land development manager, reported that county staff had checked the scene and found only a gate that owners had put up at the driveway of a house under construction on North Shell Road, “which they’re allowed to do.”

The southern portion of Shell Road is private, he pointed out, and it long has been accessible only to the property owners in that vicinity. They have a gate that opens with a key card, he added.

Anger over the state of affairs on the southern portion of Shell Road — dating to the 1970s — has flared again since the County Commission voted on May 11 to abandon a 360-foot segment of North Beach Road to private property owners.

Dates announced for the Crystal Classic

During the July meeting of the Siesta Key Village Association, Ann Frescura, executive director of the Siesta Key Chamber of Commerce, pointed out that, with the July Fourth festivities having ended, she and her staff have turned their focus to the next Crystal Classic. The organizers announced that the 2016 event will be held Nov. 11-15, with 24 “of the world’s preeminent master sand sculptors … competing.” This will be the seventh year for the Crystal Classic, which has drawn more than 200,000 people to Siesta Public Beach.

“In only 24 sculpting hours, (spanning the five day event), the master sculptors will create sand masterpieces, some over ten feet tall, and transform the always beautiful Siesta Beach into an outdoor art gallery. These renowned artists will produce spectacular, ephemeral works of art from just sand and water,” the news release points out.

The festival also will feature live music through that November weekend, a large shopping village and a variety of food and drink vendors. Among other activities will be the popular three-day “Quick Sand” speed sculpting competition, sand sculpting lessons, an amateur competition and — new this year — The Learning Curve — “an educational and fun activity area for kids,” the release adds.

Parking will be easy for guests who choose the off-site shuttle service offered through Sarasota County Area Transit (SCAT) Routes 10 and 11, the release notes. And a Mobi-Mat will be placed on the sand for easier walking on Tuesday, Nov. 15, the release says.

Information regarding the 2016 event schedule, ticket options and parking passes may be found on the website: www.siestakeycrystalclassic.com.

The production of this year's festival is a partnership between the Siesta Key Chamber of Commerce and Mote Marine Laboratory, the release adds.