Siesta Key is a Spring Break Destination and Haven 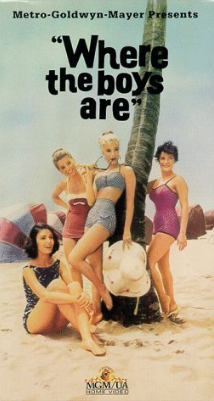 Spring break vacations for college students have become an American tradition that is valued at least as much as summer vacations. Occurring from late February to mid-April, the spring break developed because U.S. schools at all levels have designated a week, or even two weeks, for suspending classes.

Other countries also have spring breaks but Americans use it uniquely as a welcome opportunity for a beach vacation that features social diversions and relaxation, particularly somewhere with a warm climate. For students, the main goal of spring break is non-stop partying— ideally on Florida’s Atlantic or Gulf coast beaches. Not surprisingly, among Florida sites, Siesta Key with “America’s Best Beach” has become very popular.

Fort Lauderdale is the origin of the spring break vacation, dating to the 1930s when Colgate University men’s swim team traveled there to practice for spring competitions in a much publicized trip during Christmas week of 1934.

After a lull period during the Great Depression and World War II, college students rediscovered Fort Lauderdale in the 1950s. A gathering of about 20,000 students visited annually throughout that quiet decade. Although not low profile, they were relatively well behaved on the beach and in the city, particularly in comparison to what was on the horizon.

Evolution after “Where the Boys Are”

The game changer was the combination of a clever novel, record-breaking movie, and hit song— all entitled “Where the Boys Are.” The seminal event in the modern spring break was the publication in 1958 of Glendon Swarthout’s phenomenal book originally entitled “Unholy Spring.” It was inspired by his two weeks on the beaches of Fort Lauderdale during a break from teaching English at Michigan State University.

Escaping from a bitter cold winter, his trip with some of his English Honors students provided experiences and personal observations that soon led to the influential novel. Published in the same year that oral contraceptives were approved by the FDA, the book tells the story of four girls who were students at a Midwestern university taking a spring vacation in Florida.

In the opening scene, the assertive leader of the quartet expresses her opinion in class that premarital sex might be something young women should experience. Soon after arriving in Fort Lauderdale, this speech results in one of the girls losing her virginity when they go to the beach and find out where the boys are.

The book was already a national sensation when MGM persuaded Swarthout to change its title and subsequently released the blockbuster movie “Where the Boys Are.” It, and its theme song by actress/singer Connie Francis, were released on 28 December 1960 to attract the Christmas crowds. Undoubtedly, the song, which was translated into six other languages, helped the movie become the highest grossing low-budget movie in MGM’s history. And, the long-term economic boost for Florida is incalculable.

The disruption for residents and snowbirds invested in the Fort Lauderdale area became intolerable. The trash left behind and damage by these young intruders spurred the local government to pass laws restricting parties in 1985.

The same year, enforcement of the National Minimum Drinking Age Act requiring Florida to raise the minimum drinking age to 21 had an impact as Fort Lauderdale increased police surveillance and discouraged spring break visitations. By 1989, the number of students visiting Fort Lauderdale dropped to 20,000, but other beaches, especially Gulf beaches like Panama City, were targeted by the students for annual spring break partying.

Since the weather of Panama City Beach is much cooler than south Florida, communities along the Southwest Gulf Coast always draw large spring break crowds. But resort communities such as Siesta Key need to learn from the experiences of Fort Lauderdale and Panama City Beach, where shootings and gang rapes have occurred.

As a result of Fort Lauderdale and Panama City Beach experiences, the very words “spring break” now imply raucous and criminal activities on a sandy beach. Thus, social scientists and epidemiologists, especially infectious disease experts, have developed research interests in this intense, annual phenomenon, as they focus their studies on drinking, sex, and their aftermath.

The situation is perplexing for colleges because they see the fallout about one week after the break is over. Many students return with sexually transmitted diseases (STDs) and viral disorders such as mononucleosis, respiratory syncytial virus infections, or influenza.

Although STDs are of increasing concern and include a wide variety of serious infections, few schools prepare their students for the risky exposures during spring breaks. Often, it’s the student’s first trip without parents, and this means greater freedom with peers and with dating partners.

Medical/sociological research has shown that the combination of excessive alcohol and casual sex in the setting of college friends traveling together is especially risky— no surprise there!

After Siesta Key was awarded “America’s Best Beach” designation in 2011 and the transformation from residential to visitor dominance occurred, Siesta/Crescent Beach became one of the destinations replacing Fort Lauderdale as a Spring Break Haven. Of course! The weather is warm and can even be hot, while the Gulf water is warm.

The 3-mile beach is spectacular and relatively compact in contrast to the 27 miles at Panama City Beach where finding the right companion can be challenging. Siesta Beach’s volleyball courts and the Drum Circle attract many of the students. Police surveillance is effective but not intrusive thus far as law enforcement officers emphasize safety and security.

The beach serves all interests well. Most college students soak up the sun and avoid getting burned thanks to the many high sun protection factor (SPF) lotions available.

During the past decade, the spring break period on Siesta Key has become more than two months long. It started in full swing this year on the 2nd of March. Among the many attractions, swimwear ranks high, and thongs appear to be in style for 2019.

Consequently, the hard partying has begun and will be prolonged beyond what was ever envisioned in the “Where the Boys Are” era. As Robin Williams pointed out: “Spring is nature’s way of saying, LET’S PARTY!”