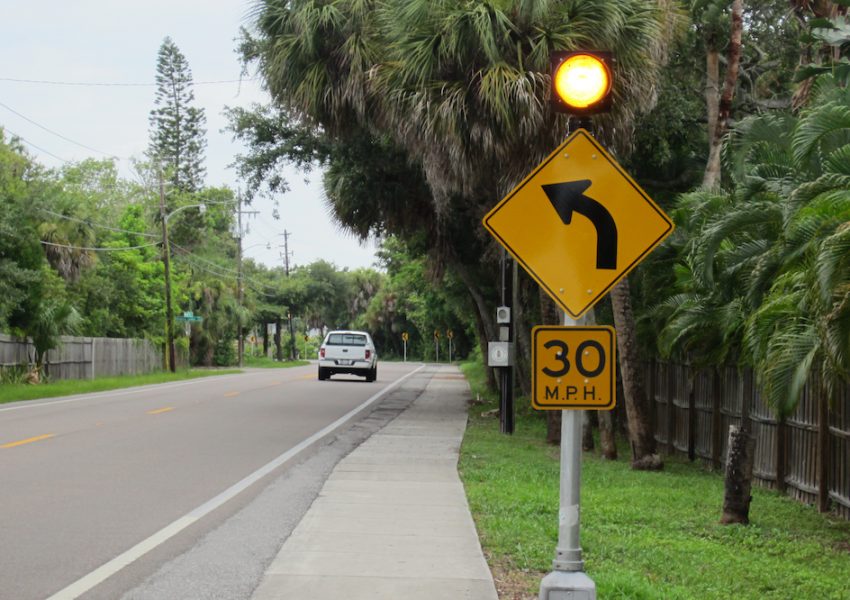 Board requesting numerous traffic changes to improve safety for residents

With 297 single-family homes in close proximity to Siesta Public Beach and Siesta Village, members of the Siesta Isles Association board say they have seen traffic problems multiply in recent years.

In an effort to improve safety for the community’s residents, the board in February unanimously approved a set of petitions that it submitted to Sarasota County’s Traffic Advisory Council (TAC) on March 31. The Siesta Isles Association board hopes that the TAC members will concur on the need for lower speed limits, new stop signs and other measures to discourage people from cutting through Siesta Isles in a hurry to and from other island destinations.

All of the petitions are scheduled to be heard by the TAC on Sept. 9 at the County Administration Center on Ringling Boulevard in downtown Sarasota. The session is set to begin at 2 p.m.

“Two school bus stops used by our residents are on Midnight Pass Road,” he continued. “Many students must walk through the blind ‘S’ curve to and from the bus stop.”

Additionally, he wrote, “Many of our residents walk to and from church” at St. Michael the Archangel Catholic Church or St. Boniface Episcopal Church, using the same blind “S” curve.

“Traffic volume and behavior through our neighborhood varies greatly,” he noted, from peak season to holidays to summertime.

After a group of the residents decided action was necessary to try to improve residents’ safety, Romanus explained, “The Siesta Isles Association Board of Directors established the Siesta Isles Traffic Safety Committee to explore alternatives.”

“The committee believes we need to make driving through Siesta Isles less convenient if we are to reduce the volume and the speed,” he continued.

“GPS apps such as Waze,” he wrote, direct traffic through Siesta Isles, “especially when the beach traffic is heavy.” Therefore, he continued, the installation of stop signs is one measure the board is seeking. Drivers would have to proceed more slowly, he indicated, which would result in a different Waze calculation. Therefore, “fewer cars [would be] cutting through the neighborhood,” he added.

Romanus noted that the Sarasota County Sheriff’s Office conducted a traffic study in Siesta Isles from March 11-19, 2018 on Cape Leyte Drive between the curve at Shadow Lawn Drive and Beach Way Drive.

That analysis found that slightly fewer than 1,400 vehicles per day were traveling through the neighborhood, Romanus noted. Of those, 48% were speeding, he added, and six of them were “clocked at over 65 mph.”

With that information in mind, he continued, the Siesta Isles Traffic Safety Committee sent a survey to residents as it began its work. The following were among the results the committee received, he pointed out:

• Over 90% of respondents are concerned about vehicle speed and pedestrian safety.

• Over 80% of respondents are concerned about traffic volume and the use of Siesta Isles as a cut-through to or from the beach or Siesta Village.

• 68% of the respondents said they would walk or bike more if they felt safer.

The following are among the changes the SIA is requesting the TAC approve in September:

• A reduction in the speed limit “for a small portion of Midnight Pass Road in both directions” from 40 mph to 35 mph. The section would extend from the northern border of the St. Michael the Archangel Catholic Church property, through the curve, to the point where the speed limit changes from 40 to 35 mph for southbound traffic and from 35 to 40 mph for northbound vehicles.

• A reduction in the speed limit throughout Siesta Isles from 25 mph to 20 mph.

• Improved warning signage for the crosswalk at the intersection of Beach Road Beach Way Drive. That petition notes the presence of a flashing sign that pedestrians can trigger as they prepare to cross the road. “Unfortunately,” the petition says, “a significant number of vehicles do not stop, even when the warning lights are flashing. [People using the] crosswalks further south on Midnight Pass Road seem to fare better with much higher

compliance. These devices are not the same as what is installed at Beach Way Drive.”