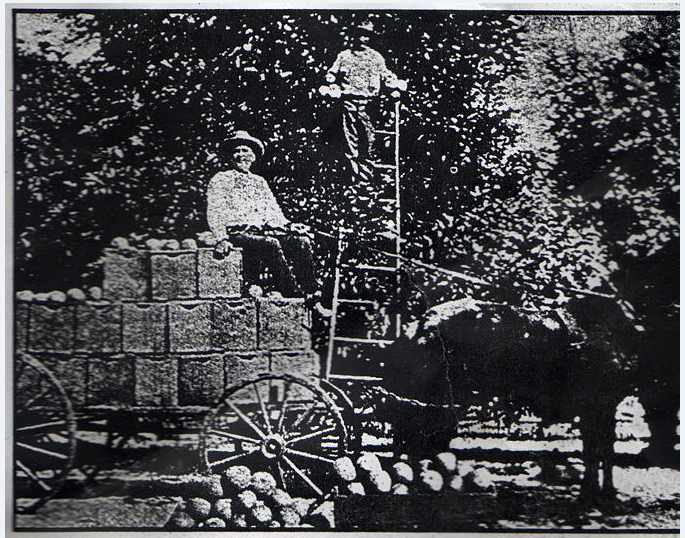 William H. Whitaker, the first white settler of Sarasota, was born Aug. 1, 1821. He brought the first cattle, oranges, guava, and a semblance of settlement to the frontier that later became the arts nexus of Florida.

Whitaker was very much akin to a character in a Mark Twain novel. He ran away from home at age 14 with only the clothes on his back and the contents of his father’s pants pockets: small cash and a gold watch.

His departure took him from hometown rural Savannah, Ga., to the city’s bustling port. The wiry youth left within an hour on a trading schooner bound for Key West.

Whitaker’s whereabouts for a while were uncertain, but he eventually alighted in St. Marks, Fla., as a fisher where half-brother Hamlin Valentine Snell found him and persuaded him to “get a little schooling” in Tallahassee. Whitaker put up with it for two years.

The Seminole War was raging in 1838 and the adventure tugged at young Bill Whitaker. He spent four years in some form of military fighting the Indians. When the war ended he went back to Tallahassee to talk to Snell.

As Karl Grismer described it in his book “The Story of Sarasota,” Whitaker “wanted to settle down — to have a home to call his own. What better time than this to start, with the Seminoles conquered and the government offering 160 acres to able-bodied settlers?”

Snell agreed to not only front the money for pioneer Whitaker, but also agreed to tag along. Snell’s law practice was in shambles, he had many friends who had settled along the Manatee River, and he didn’t have much else to do.

Snell, by the way, is a story of his own. Before his death he held positions as president of the Florida Senate, speaker of the Florida House of Representative, and served as Tampa’s eighth mayor.

Whitaker and Snell set sail in late November 1842 from St. Marks southbound along the Gulf Coast, stopped to visit the Bradens, Gambles, Wyatts, and others at the Manatee River, then continued south.

“During the afternoon of December 14, while sailing south through Sarasota Bay, they sighted a place on the mainland where there were high yellow bluffs.

“Letting down sail, they drifted into the mouth of a small, palm-fringed bayou a few hundred yards north of the bluff. A short way up the bayou, on the east bank, they found a pool of fresh water, fed by crystal water pouring forth out of rocks in a steady stream.

“A quarter mile up the coast they met a Spanish fisherman named Alzartie living in a crude palmetto shack. Several Cuban fisherman, then squatting on Longboat Key, told them they thought his section unsurpassed anywhere on the West Coast.

“Here, at yellow bluffs, was the ideal spot for a homesteader to settle.”

Yellow Bluffs is at 14th Street off the Tamiami Trail. The bayou just north is today named after Whitaker.

Whitaker eventually acquired more than 193 acres of Bayfront property from 19th through 33rd Street, about one-quarter of it purchased at $1.25 per acre.

Whitaker and Snell towed cedar logs across the bay from the dense forests on Longboat Key and built a sturdy log cabin with a detached kitchen. Snell left his “vacation” after six months to return to Tallahassee.

Whitaker first made money salting mullet and selling the fish to Cuban traders. Price: a penny a fish. He eventually took in a partner with his first American neighbor, Joseph Woodruff, in 1844.

His production quadrupled, and in 1847 he went to Dade City and purchased 10 cows and calves. The “47” brand ended up in pretty much every cattleman’s ranch in South Florida.

Whitaker also introduced oranges to the region, and guava.

And he also fell in love.

NEXT: Bill Whitaker weathers a storm, takes a wife