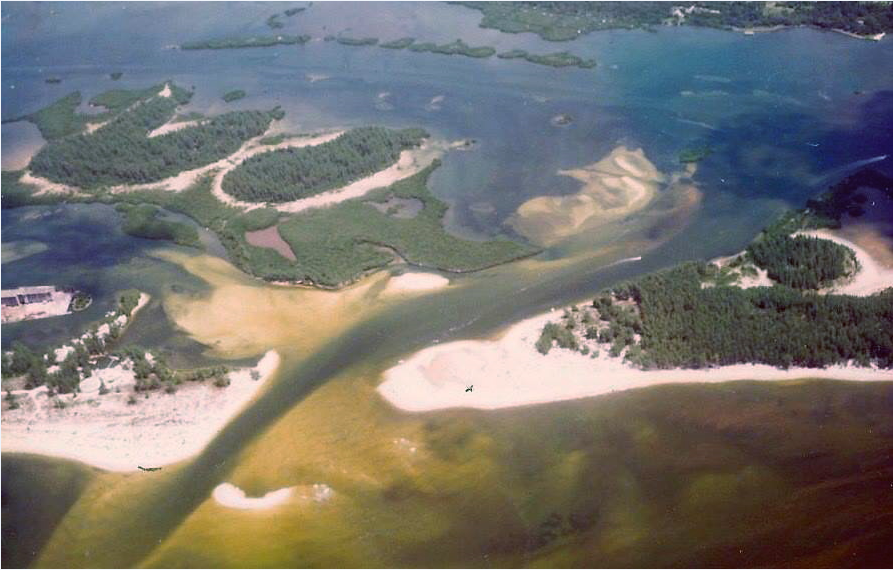 By Paul Roat
Sarasotans have had a long-term love affair of damaging nature. We’ve scraped, scoured, cleared, filled, circumvented, and paved Mother Nature to the point that she can barely pick herself off the ground without help — and while she’s down, we keep kicking away at her.

While we lament past destruction, and point to future ecological goals, we continue to pound the environment with a reckless fervor seldom seen outside of a street fight.

Part of what we’ve done to the environment seems greed-induced. Raw land is too valuable to be allowed to lie fallow, so we mold it to our liking regardless of environmental damage, then tax the change of use. Regulations have meant too little and have come too late to really protect much of the environment.

Part of what we’ve done comes from ignorance. We’re just now realizing we all live downstream from somebody or something, and what we flush down our toilet doesn’t magically disappear but all-too-often pops up as somebody else’s problem.

But most of our historical environmental disregard is spurred by arrogance. We have simply ignored the tropical delights of Southwest Florida except where it will help us turn a buck from a tourist or a prospective new homebuyer.

Look around. When the big storm of the early 1920s destroyed the bayfront of the quaint fishing village of Sarasota, did we learn from our mistake and build smarter? No, we began to dredge and fill the waterfront, spelling doom to Sarasota’s fishing industry and starting the land boom of the 1920s.

Probably the best example of officialdom’s arrogance of the environment is the story of Midnight Pass, “celebrating” its 30th closure anniversary this month.

he inlet between Siesta and Casey Key was the most controversial environmental issue in town in the early 1980s. The story of what happened to Midnight Pass is one of the most bizarre environmental dramas in recent history, pitting the property “rights” of two prominent Sarasotans against the environmental good of an entire region.

The issue served as rocket fuel for cocktail party conversations as “experts” all had an opinion on what should or should not have been done to the inlet on Dec. 5, 1983, when the pass was closed to protect two Gulffront homes from destruction due to erosion.

Midnight Pass dates back hundreds of years. In the 1840s, charts of the region show “Buccaneers Pass” separating Siesta and Casey Keys, later renamed Midnight Pass. One of the recurring themes in the Midnight Pass tale is the inlet’s movement. Those historical charts show the “wild, migrating” pass moving north or south across a three-mile stretch of coastline during the past 100 years.

By about 1960, Midnight Pass had been in about the same place for awhile — say, 20 years or so. To place things historically: Mote Marine Laboratory had just moved to the south end of Siesta Key, and the U.S. Army Corps of Engineers was starting to dredge the Intracoastal Waterway.

Midnight Pass was not widened or deepened as part of the Intracoastal project, although most of the rest of the bay bottom was scraped or dynamited to make the bay deep enough for commercial barges to carry goods to or through Southwest Florida from far-away ports.

When the dredges moved on, Midnight Pass began to move to the north. It didn’t happen overnight, but by the mid-1970s some folks began to talk about the fate of the inlet. It was much smaller than it once was, and it was on the move.

The smart folks who could read the message Mother Nature was sending began to move, too. As described in a Mote Marine Laboratory document in 1990, besides the growth of Mote’s scientific endeavors:

“Another and even more compelling reason to move [from Siesta Key] came stealthily, almost imperceptibly, as Midnight Pass filled in and barred the Lab’s vessels access to the Gulf while simultaneously the sea nibbled at the Laboratory’s grounds and reduced their 10-acre site by a few acres every year. It was inevitable that the Mote Marine Laboratory would not only lose its channel to the Gulf but also that, in the inexorable onslaught of the waves, the shark tanks, the docks, the trailers, would be gobbled up by the gulf. A move had become imperative.”

Mote moved to City Island in Sarasota in 1978. Midnight Pass moved to the front door of two homes in mid-1983.

Pasco Carter was the first threatened. A retired engineer, Carter and his wife received permits to place eight-by-eight-foot sandbags in front of their home as the waves began to break against the sides of the swimming pool.
Internationally acclaimed artist Syd Solomon was next to face the water. His home and studio began to show the wear of waves, and sandbags soon were his beach frontage, too.

Any housing next to the Gulf of Mexico on barrier islands is precarious. Areas near inlets are especially risky because beach erosion there is at its worst. In light of the migratory nature of Midnight Pass, many have questioned how Carter and Solomon were ever allowed to build in the region in the first place.

In late 1983, Carter and Solomon came up with an idea they were able to sell to local and state governments: move the pass farther to the south, away from their million-dollar homes. Permits were granted on an emergency basis, and the first of what would turn into eight dredge attempts made to relocate Midnight Pass.

Midnight Pass never did stay open. The problem, as coastal geologists later said, was the current wasn’t strong enough to push the sand through the newly dug pass. Water found it easier to move through the wider and deeper Venice Inlet to the south, or Big Pass to the north, leaving little Midnight Pass to slowly collect sand and fill.  Carter and Solomon originally won approval to relocate the pass on the condition they would keep it open for two years. After eight attempts, they successfully petitioned governments to give up the ghost of Midnight Pass, citing financial hardship.

Debate on the pass continued. A “blue ribbon” panel of environmental experts was convened and decided a one-time, major dredging to reopen the pass should be done. No official action was taken.

A group of pass-opening proponents banded together and, in 1985, the Midnight Pass Society began a shovel brigade that briefly did open the pass before officials bulldozed the tiny waterway closed.

Lawsuits were filed. Administrative hearings were held. Rulings by state officials said the pass was closing anyway, so what’s the big deal? You can’t reopen it. Eventually, most people lost interest in the story of Midnight Pass.

Did Midnight Pass close naturally? No. Was it going to close anyway? No one knows. Should it be re-opened? Ask the question at the next cocktail party and stand back as the debate ensues. A recent Facebook post asking for remembrances of the pass reaped more than 50 comments.

The portion of Siesta/Casey Key that once was Midnight Pass has seen some serious beach erosion in the past 30 years.

Offshore sand was pumped ashore in 2007 in an effort to stem the sand-sucking tides off Turtle Beach. Another renourishment project is scheduled. Sarasota County Coastal Resource Manager Laird Wreford said he was optimistic that sand could be moved onto the eroded beach as early as next fall.

It is a moderate-sized renourishment at 750,000 cubic yards, he estimated.

Unlike another beach renourishment project to the north on Lido Key that is stirring up some controversy, the only complaints Wreford said he’s heard regarding Turtle Beach sand of late is why does it take so long to bolster the beach with new sand.