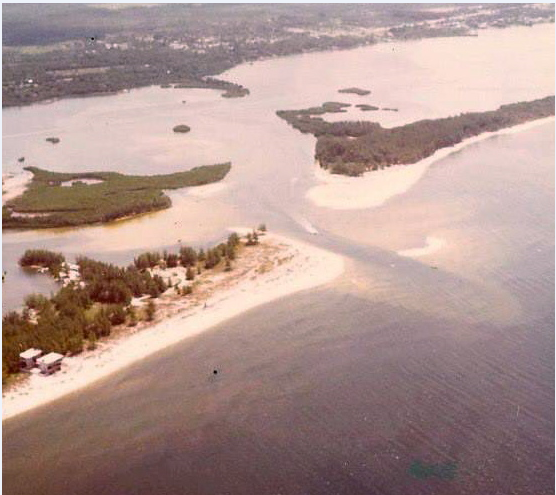 November appears to be an anniversary month for Siesta Key. From what passes for city government celebrates it's 65th anniversary this month. Two restaurants have their “birthdays” this month, and there is also a solemn anniversary of the demolition of a popular Gulffront home, torn down due to the ravages of waves and erosion.

The Siesta Key Association held its first meeting Nov. 12, 1948. The non-profit organization then, and still today, is the residential voice of the Key’s estimated 11,000 permanent residents.

The 1,700 families that comprise SKA have an 18-member board of directors who some say serve municipal duties, except the “tax” levied by the organization which is a $25-a-year membership fee.

The board “gathers facts and figures, consults with government officials, represent the Association at numerous meeting, and frequently testifying at hearings before the Sarasota County Commission and other governmental offices,” according to SKA documents. Board members are non-paid and volunteer their time and expertise.  All are volunteers who serve without compensation.

“Over the years, we have shaped the vision of a prestigious residential beach community within the Sarasota County area,” according to SKA. “We accomplished this by working with County officials to develop zoning policies that protect our quality of life. In fact, it was the founders of SKA that convinced Sarasota County to develop the first Zoning Code in 1954. The Zoning Code was eventually adopted Countywide in 1960.

Since 1960, we have worked diligently to improve the code to prevent overdevelopment, including our involvement in creating the Siesta Key Overlay District in 1999 that separates our zoning from that of the mainland.”

Other highlights of SKA’s 65-year-tenure has been the Save Our Sand initiative to block the taking of sand from the mouth of Big Pass for a Venice beach renourishment project in 1992.

SKA also was instrumental in renovation at Siesta Public Beach in 2009, and current work with Sarasota County officials in addressing stormwater runoff issues near the beach.

“We must take care to assure that the ambiance and beauty that attracted us here in the first place are maintained,” SKA officials said.

For more information about SKA, call 941-364-4880 or go to send an email to siestakeyassociation.com.

Siesta Village’s venerable Old Salty Dog opened its doors Nov. 1, 1985. The fishing shack motif, with wood decking and the feel of being on the water, proved popular to patrons, as did the hot dogs and cold beer. The owners “mixed the best of the Florida Keys and their British heritage to create a fun family environment that is appealing to people from all walks of life,” according to the Dog.

A second location, this one actually on the water fronting New Pass on City Island, opened later. Both feature the perennial favorite “Traditional English Fish & Chips” as well as other seafood and traditional pub fare.

Popular Siesta Key Oyster Bar will celebrate its 10th season of operation Nov. 19 with prizes, giveaways and more from its Siesta Village location.

Reviews of the outdoor patio/indoor dining establishment are always positive. Both residents and visitors enjoy the daily happy hour with oysters and drinks specially priced. The laidback atmosphere appeals to either those looking to relax from a tough day at the beach or a grueling day at the office.

Tumbling down in wake of waves

It was in November 2004 that a 20-year-plus saga of a nice house at a wrong location on south Siesta Key ended. County officials

ordered the demolition of the late artist Syd Solomon’s historic structure due to safety issues.

In December 1983, Solomon and neighbor Pasco Carter successfully petitioned Florida and Sarasota County officials to relocate Midnight Pass away from their beachfront homes. The inlet, described by coastal engineers as a “wild, migrating” pass, was threatening their homes as it moved ever closer to their properties. Erosion was rampant on their land, and officials agreed to relocate the pass to protect their property.

The relocation effort failed. Eight times. The two homeowners eventually gave up the project, and Midnight Pass has been “Midnight Beach” ever since, with the closure of the navigational channel that once separated Siesta and Casey keys.

County officials approved the demolition of Solomon’s home, which at the time was owned by Nancy Burns. She bought the house in 2001 for $800,000 and, despite the pass closure — actually the pass disappearance — beach erosion had continued to chew away the property.

Thanks to hurricanes Charley, Frances, Ivan, and Jeanne, the Gulf of Mexico had undermined the Solomon structure to the point that Sarasota County officials condemned it and ordered its demolition.

The Solomon house was part of the genre that is referred to as the Sarasota School of Architecture and was generally thought of as historically significant.

Syd Solomon, by the way, was an abstract artist, some of whose paintings are held in collection of the Guggenheim Museum in New York City. He died Jan. 28, 2004, after a long battle with Alzheimer's disease. He was 86.

He served in the U.S. Army during World War II, and earned the Bronze Star for his efforts in the Battle of the Bulge. After he returned to the states, he and wife Annie moved to Sarasota, where he began to paint, drawing inspiration from the seascapes surrounding their home.

FYI
If you’ve got a memorable anniversary milestone in 2014, drop me a note and tell me about it: paul.m.roat@gmail.com