Gillespie was the town of Sarasota’s first mayor 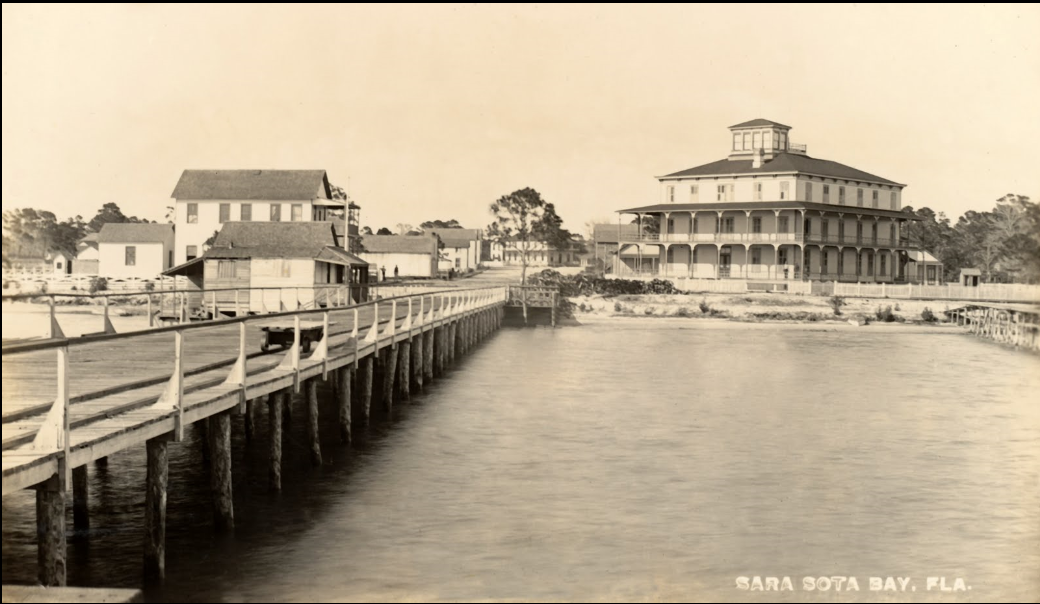 Col. John Hamilton Gillespie took office as Sarasota’s first mayor Oct. 14, 1902. By all accounts, he was one helluva man.

Gillespie was born in Scotland and came to Sarasota in 1886 to salvage what was left of his father’s land development company, the Florida Mortgage & Investment Co., Ltd. The company was formed and brought more than 50 Scottish colonists to Sarasota. The colony failed due to the “city” being dirt roads, little in the way of a settlement, and a remarkable cold winter. They left for home.

"The colony came in December 1885," said Historian Jeff LaHurd in an article in the Sarasota Herald-Tribune in 2011, "and shortly thereafter started falling apart because they were expecting Little Scotland and got Big Wilderness.

“After a two-month journey, the Scots trudged ashore in a ‘Sara Sota’ that had barely any streets, and the few pioneering families scattered around the area had to put them up in their own homes to shelter the Scots from an historically cold winter.

“By the time Gillespie arrived to revive the effort, many of the colonists, their dreams of being gentleman farmers dashed by the sandy soil, had given up and gone back to Scotland.

"He was here in March 1886 when one of the other colonists left," said LaHurd. "Gillespie was on hand to bid him farewell."

LaHurd summed up the man well through the title of his book, “John Hamilton Gillespie: The Scot Who Saved Sarasota.”

Karl H. Grismer’s book “The Story Of Sarasota” explained one of Gillespie’s first feats. “Upon his arrival here, Gillespie soon learned that the company’s affairs were in a sorry state. He realized that the departure of the colonists was a grievous loss to the community. He also realized that the boom being experience by the village was an artificial boom, caused only by the influx of construction workers. He knew that when the construction work was finished, the boom would collapse — so he tried to take steps to give the community a firm foundation on which it could grow and prosper.”

Gillespie repaired the streets, rapidly completed the lagging hotel at the foot of Main Street he called the De Soto, built an artisan well at Five Points to provide fresh water to the hotel, and built a home for he and his wife at the site of the current Mira Mar on Palm Avenue.

And, of course, he introduced golf to Florida and, as Grismer put it, “Here in Sarasota he built perhaps the first practice course in the entire country — two greens and a long fairway. This miniature course was located on Main Street in a natural clearing in the woods” east of town.

For 25 years, Gillespie spent the other half of his life leading the community as a multi-term mayor, being a good husband to his beloved second wife, Blanche, and founding the Church of the Redeemer, where he was a lay reader.

In 1910, Gillespie sold all his holdings — 75 percent of the city — to Owen Burns for $35,000. As Burns took the town to the next level, the Gillespies returned to Scotland to contribute to the cause during World War I.

After the war, he came back to Sarasota an elder statesman, witnessing the beginnings of the Florida real estate boom and seeing his co-creation, Sarasota, come into its own.