The Beginnings of Siesta Key and Florida’s Unique Origin 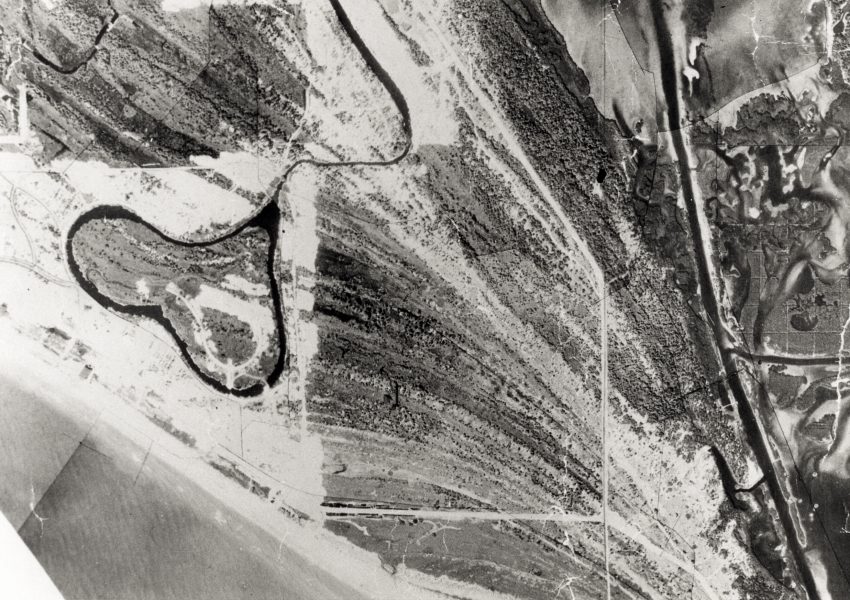 As the New Year begins after Florida’s 2018 nightmares, I hope that it’s interesting for readers to learn about the incredible origin of the Sunshine State and how Siesta Key began. The way Siesta Key formed, in fact, helps us understand why it was destined to become “America’s Best Beach.”

Few Floridians seem to appreciate the geographical origin of their State, its geologic uniqueness, and the huge gift of sand from present-day Georgia and the Carolinas. Have you ever wondered how North America’s appendage named La Florida in 1513 originated looking something like Italy? Was it an extension of the land mass that became the USA, as many assume? Or, did Florida migrate north from near Cuba in the Caribbean? Neither explanation is correct.

Also, why is Florida spared from ever having earthquakes like Alaska experienced recently? Lastly, when and how did “The Most Complicated Barrier Island System in the World” (Richard Davis, Pineapple Press, 2016) develop along the Gulf Coast. The answer to these questions and more lie in the State’s unique geologic history.

The Florida peninsula is the youngest region of the USA, but it was not always part of the North American continent. Peninsular Florida is essentially a large land mass of granite-based rock that broke off from Africa during an ancient super-continental collision and was “sutured” to ancestral North America. Then, it was covered with biologically produced limestone and next by purified quartz sand transported from the southern Appalachian Mountains to create an appendage of the eventual USA.

Unlike the rest of North America, peninsular Florida was originally embedded 700 million years ago within the African and South American continents as part of the supercontinent Gondwana. All of the other states and the Panhandle were part of the future North America in another supercontinent known as Laurasia. Peninsular Florida’s rock foundation was located at approximately the South Pole when an incredible 8,000-mile-long migration via plate motion began about 650 million years ago. Thus, most of peninsular Florida’s original surface, now its rock basement, is similar to the foundation of northwest Africa with a composition of granites, sandstones, and shales.

From about 150 to 100 million years ago, Florida’s bedrock was separated from North America by the South Georgia Rift Basin, a sixty-mile-wide grand canyon. At that time, while covered with warm, shallow water, Peninsular Florida’s surface was altered by formation of a calcium carbonate (limestone) layer up to four-miles thick, resulting from biochemical reactions involving the over-layered plant, microbe, and animal ecosystem. Then, a long global warming period ensued due to volcanic eruptions causing very high carbon dioxide levels and a greenhouse effect. The rising sea levels converted the canyon to the Georgia Seaway Channel as it filled with water, thus temporarily isolating the Peninsula as an island of the Caribbean.

Florida’s debt to the Appalachians: origin of the sand

Perhaps the most surprising aspect of Florida’s famous beaches is that none of the sand is indigenous.

After the Appalachian Mountain range was created by continental collisions, it began to experience massive erosions through chemical and physical weathering, reducing the chain’s peaks from as high as 25,000 feet to their present maximum height of 6,684 feet and generally much lower. The composition of the Appalachians, in retrospect, was favorable for the Southeastern USA because its rocks were enriched in quartz, one of the hardest and most durable minerals on earth.

Chemical weathering combined with physical weathering, abundant rainfall, and huge rivers led to an enormous volume of quartz-rich sediment transport for more than 100 million years to the Atlantic shore through the Georgia Seaway Channel, filling that ancient rift to create a land bridge, southern Georgia’s coastal plain, and eventually carrying the sand to Florida. From 30 to 4 million years ago, massive sediment transport by the Apalachicola River and numerous other large rivers then brought a pivotal covering of sand to Florida.

When glacial melting began after the last Ice Age, sea levels rose again and literally drowned the western 100 miles of Florida’s west coast— consuming half of the peninsular acreage during 18,000 to 7,000 BCE.

Another dramatic shoreline change took place around 3,000 years ago as a system of barrier islands began rising out of the Gulf. Siesta Key was then created through a process known as upward shoaling that involves a combination of marine forces and abundant Appalachian sand moving by longshore transport and building up Siesta Key through a series of successive beach-dune ridges.

Siesta Key, in contrast to the other keys of Sarasota County, has the advantage of being a mixed-energy barrier island defined by Davis as an “island that is wide at one end due to sediment accumulation… but narrow at the other end indicating sediment starved conditions.” This results in an important, characteristic “drumstick” shape.

The tidal inlet, Big Sarasota Pass, plays an important in the deposition of sand by contributing to the creation of swash bars— accumulations of sand developing as a result of waves for transport to land through wave-generated currents. You can actually see these swash bars while enjoying a stroll along Siesta/Crescent Beach as they capture the sand that otherwise might be transported away.

Importance of the Point of Rocks: then and today

The age of the Gulf barrier islands has been determined by radiocarbon dating of carbonate-rich sediments. The distinctive midpoint of the Key known as Point of Rocks is at least 3,000 years old and about 1,000 years older than the northwestern section where settlements began. It is the only rocky shoreline on any barrier island of the entire Gulf Coast and doesn’t have typical beachrock composition but may have resulted from a meteor strike.

Geology research also suggests that the Point of Rocks was part of an earlier barrier island that became submerged for a period and then resurfaced as the point of origin for all of Siesta Key. This protrusion not only accounts for the crescent shaped beach profile, but it played a pivotal role as the nucleus for the entire island and now contributes to the stability of “America’s Best Beach.”

You can read more about the origin of Florida in An Illustrated History of Siesta Key: The Story of America’s Best Beach, which is sold at both Davidson Drugs stores, Captain Curt’s gift shop, and Crescent Beach Grocery.