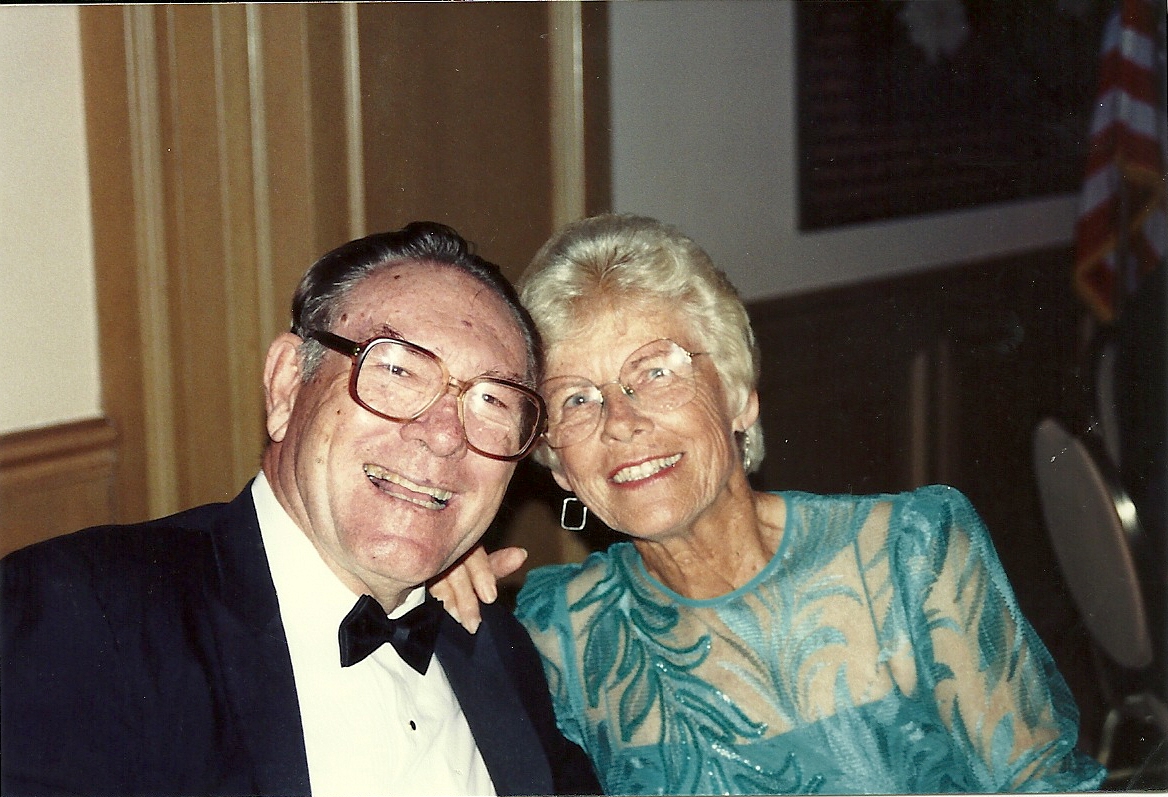 By Diana Colson
In 2006, the judges of the 12th Circuit District Court voted unanimously to rename the Sarasota County Courthouse the “Lynn N.

Silvertooth Justice Center.” It was a tribute to a remarkable elder statesman. Now in his 90’s, this distinguished judge and his wife Betty live with their magnificent orange cat at Eagle’s Point in the Landings.

Born in Tennessee in 1923, Lynn Silvertooth’s parents brought him to Sarasota at the age of nine months. He grew up on Oak Street and attended Sarasota High School in 9th and 10th grades. When World War II broke out, his father could not get gas to drive back and forth to his laundry and dry cleaning business in Bradenton, so the family rented out their Sarasota house and moved north closer to the Manatee River. Lynn finished 11th and 12th grades in Bradenton, where he was to meet the lovely Betty Wilson, the high school sweetheart who would one day become his wife. “She chased me all over,” Lynn Silvertooth grins with a gleam in his eye.

After one year of college, Lynn joined the Marines and marched off to war, where he remained for 3 ½ years. He was to serve in artillery in the Pacific, where he helped secure Tinian Island, which eventually became the launch point for the Enola Gay and its atomic payload.  By the time the bomb was dropped, Corporal Silvertooth was serving on Guam. He was still assigned to that post when World War II ended.

Letters had been exchanged on a daily basis between Betty and Lynn, although they often took weeks to be delivered. The couple was married on March 10 of 1946, and Lynn Silvertooth was raring to get on with his education.

During his absence, Betty had become a registered nurse. Now she was Supervisor of Maternity at a Gainesville hospital. Her job meant they were not struggling financially like so many others. In Lynn Silvertooth’s own words, “I lived well.  Nobody had a buck in those days. Everybody was coming home from the war.  I had a job too. I ground hamburger for a wholesale meat market. They provided meat for most of the fraternity houses. Trouble was the room was sometimes 32 degrees. Cold!”

Before the war, University of Florida had been for men only, while Florida State University had been only for girls. Now, all that had changed.  With G.I.’s pouring in, the U. of Florida mushroomed from 2000 students to 15,000. It was a busy place!

As an undergraduate, Lynn Silvertooth majored in Business. After taking a class in Business Law, however, he realized he wanted to be an attorney. After earning a B.A. degree, he went on to earn a J.D. degree in 1949. Now he was ready to step out into the world.

He first served as the only employee in the office of Clyde H. Wilson, Sr., with an office in the Palmer Bank Building.  “When I worked for Clyde, I did whatever he told me. Clyde could write the most beautiful briefs. He had been a Journalism Major. Within a few months, he had me arguing a case before the Florida Supreme Court, and I was scared to death!”

After a couple of years, Lynn Silvertooth opened his own office, where he practiced law until the early 60’s. Gov. Fuller Warren appointed him Assistant State Attorney, and he served in that capacity for four years.

A new judgeship opened up, and Gov. Farris Bryant appointed him to that position. The 12th Judicial Circuit was big, covering eight counties. “They only had one sitting judge, and I became the second,” says Judge Silvertooth, biting down on his signature cigar.

Today there are over thirty judges in the 12th Judicial Circuit.

In 1971 and 1972, Gov. Reubin Askew called on Silvertooth to preside over a case dubbed the “Miami Market Street Connection.”  In it, 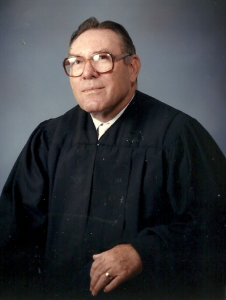 Miami’s mayor, vice mayor, and two circuit court judges were accused of taking payoffs from a Mafia syndicate boss.  After threats from the Mafia, Silvertooth was advised to bring his own bailiff for protection, which he did.  In the end, the defendants were exonerated and the judge made it home safely.

Judge Silvertooth sat on the bench for a quarter of a century, part of that time as Chief Judge. “I retired for one year and got bored right away. Then I came back and started sitting as a Senior Judge, where I spent the next 10-11 years.  The Circuit Court had very broad jurisdiction. They handled every kind of case: criminal, probate, and civil. Some cases lasted a day or two, some lasted 60 days. Some cases were a lot more interesting and complicated than others. You have to learn to read people.”

Of Silvertooth’s ability to read the situation, State Sen. Mike Bennett had this to say: “I think he affected hundreds of people. He had a unique way of showing you the path.” As a hell-raising teenager, Bennett had frequently ended up in Silvertooth’s court. Ultimately, the judge strongly suggested that Bennett join the military. Bennett did not stick around long enough to find out what would happen if he did not follow the judge’s suggestion: he quickly joined the Navy. The experience gave Bennett the discipline to succeed in college. Bennett did not hear from Silvertooth again until he was elected to the Senate in 2002. “He called me his greatest save,” Bennett said.

One final Silvertooth story: the judge had just completed the sentencing of 30 inmates. He was about to end the hearing when he realized the jailer was gone. “There was nobody there but me and the prisoners!” The former marine jumped down from the bench, waved his arm, and roared, “Come on, men. Let’s go!”  With that, he marched 30 inmates straight off to jail.

Now there’s an example of leadership!