Island Resident Gets Behind the Scenes Look at what Drives Trump 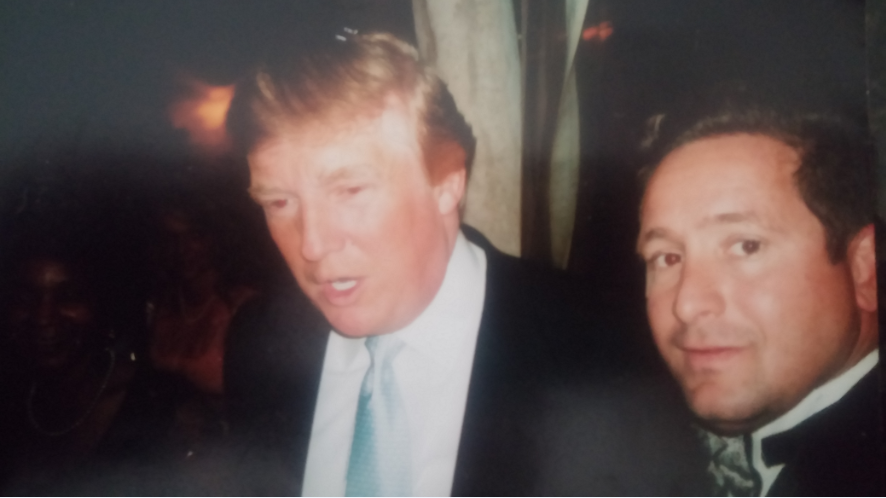 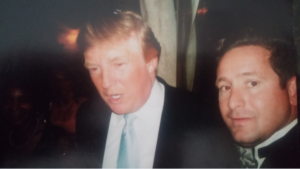 We’re all familiar with the larger than life public persona of Donald Trump. But what’s he really like when there are no cameras around…when he’s out of the public eye, enjoying some down time at his weekend retreat? 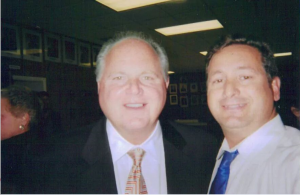 One Siesta Key resident has some firsthand insight that might shed some light on the subject. Eddie Ward, 47, owner of Eddie’s $1-a-Minute limousine service here in town, worked as Trump’s weekend chauffeur for two winter seasons back in 2007 and 2008. The

‘weekend place’ Trump would visit was no ordinary beach house getaway, but rather Mar-a-Lago, the former Marjorie Merriweather Post mansion built in the 1920s that covers 20 acres stretching from the Atlantic to Lake Worth Lagoon at the intersection of A1A and Southern Boulevard in Palm Beach. Trump bought the ‘fixer-upper’ back in 1985, restoring it to its former jazz-age glory and eventually turning it into the swanky private club it is today.

Ward would run errands for Trump and his guests, drive the Donald, family members and visitors to Palm Beach’s tony Worth Avenue for shopping excursions or meals and shuttle celebrities like Tony Bennett, Pierce Brosnan, Regis Philbin and Rush Limbaugh or visiting socialites and dignitaries to formal events held at Mar-a-Lago’s magnificent ballroom. He would remain on call for whatever transportation needs might arise at whatever hour, day or night while he was on duty.

As such, Ward got a look few have had of the man now dominating the airwaves with his unprecedented and unlikely campaign to become the Republican Party’s next presidential nominee.

So back to that question: what’s he really like?

“Exactly like what you see on TV,” said Ward in a recent interview over coffee and a light lunch at Bon Jour cafe in the village. “What you see is what you get. It’s no act. That’s exactly how he is…blunt. He always speaks his mind.”

Ward remembers pulling through the gates at Mar-a-Lago one afternoon after picking Trump up at the airport when something caught the eye of “The Boss.” “We’re in the driveway when he calls out to a couple of landscapers working on the grounds. He yells something like, ‘Hey fellas, see that tree over there? It needs to go. Get it out of here!”

“And this was no small tree.. But that’s the way he is. His mind is always working.”

By the way, the tree was gone in short order.

Ward says Trump could be demanding, but his employees respected him and worked hard to keep “The Boss” happy.

Listening to Ward describe his time working for Trump, it’s clear he shares that respect as well. In fact, his time with Trump helped him refocus his energy on one day starting a business of his own, one that involved doing something professionally that he truly enjoys. It wasn’t long after leaving Trump that he set his sights on starting his own business. That goal was realized when the Riverview High graduate returned to his hometown of Sarasota and eventually started his assorted limousine ventures in 2011.

“I’d been successful in the insurance sales industry before working for Trump. I was good at it, but you always had to do more…it just wasn’t what I wanted to spend the rest of my life doing,” he said. “Just too much stress.”

He now enjoys the variety of people he meets and the excitement of the events he gets to be a part of through his limo work. It’s a job that requires a high level of commitment and energy, which is something else Ward shares with his former employer. You’ve likely heard Trump jab at fellow candidate Jeb Bush in recent weeks, calling him a ‘low-energy guy.’ It’s actually a clever and effective way of highlighting his own ‘high-energy’ persona…a quality that many pundits point to as best explaining Trump’s current high standing in the polls. And Trump prefers surrounding himself with high-energy individuals as well. Ward clearly fits the bill.

A little bit of ego helps too. Ward unabashedly calls himself one of the best chauffeurs in the world. But as with Trump, his boast somehow doesn’t make him come off as a self-absorbed boor. There’s a boyish sincerity to his claim that serves to soften the message.

“It’s all about customer service,” he says, “about going that extra mile. If I’m driving a client to see Ringo Starr perform, I’m not going to just drop him off out front. I’m going to try and get him backstage. I’m going to try and introduce him to Ringo.” And he succeeds. Routinely, he says, offering up a picture on his iPhone of his client posing with the famous Beatle. It’s not bragging…just ‘fact.’

And every new client gets the red carpet treatment…literally. Ward keeps one rolled up in his trunk, rolling it out for his new customers. “I want them to feel special, he says.”

Which is also reminiscent of Trump. For all the stories about his bombast and lack of humility, many miss the clear respect and appreciation he shows for his supporters. He ends each appearance with a heartfelt message of appreciation for all those who come to his events. And his audiences return that appreciation and sincerity.

Whatever you may think of his politics, the connection is real. Just ask the 1750 local residents who came to hear him speak at the Van Wezel this past May before he had even formally announced his bid for the Republican Party nomination.

The Boss would be proud.