On the Other Side of the Issue 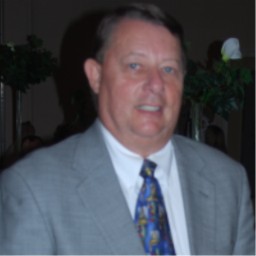 As an Aug. 22 appeal hearing approaches, Bob Luckner, a longtime pipeline engineer, represents the community as he studies the technical nuisances of a controversial project.

Bob Luckner has forty-five years of experience as an engineer, specializing in permitting and project management, since graduating from Virginia Tech with a Ph.D. in Engineering in 1972. That background has prepared Luckner, who has lived on Siesta Key fulltime since 2003, for his volunteer role as an advisor to the SKA on the Lido Key Renourishment project and proposed dredging of Big Pass — a complex and controversial project about which Siesta residents have voiced great concern. An appeal of a Draft State of Florida permit and land lease will be heard before an administrative judge later this month in Sarasota.

During his career, Luckner was often “on the other side” of the issue, as an engineer working on behalf of the permittee applying for large-scale energy transportation projects as they moved through the multi-agency application process.

In 2004 and 2005, he was working on permitting for a pipeline in Michigan. The energy companies wanted to build a new pipeline twice as large as an existing pipe and along the same route, but the state and county wouldn’t agree to it. So Luckner and company officials worked on an alternative. “What we did instead was replace where the pipe was weakest with the new but same size pipe,” Luckner told Siesta Sand. “Where it went under a playground, we moved it away from the playground, and we found ways to get a little more oil through the pipeline, without changing its diameter, and gave up on installing a bigger pipeline.”

The modified project is still in use today. While it was not the energy company’s first choice, the reworked plan “was the only project we could get a permit for,” Luckner explained.

Two things Luckner’s career experience taught him is that a large project “doesn’t have to be all or nothing,” and these complex projects “are not trivial exercises, not like a building permit; they are very big projects, which increases the potential for big mistakes.”

Both principals, Luckner believes, apply to the U.S Army Corps of Engineers and the City of Sarasota’s ambitious — and flawed, Luckner believes — proposal to dredge up 1.3 million cubic yards of sand from Big Pass, place the sand on more than 1.5 miles of Lido Key beach, and build two groins on South Lido.

Luckner believes the project is a flawed project for three main reasons, and that the Army Corps is proposing something that could have a drastic and detrimental impact on Siesta Key, South Lido Key, and Bird Key. He also believes an administrative judge presiding over an appeal hearing that starts Aug. 22 could order the federal agency to go back and revise the scope of the project, specifically to reduce the amount of sand dredged from Big Pass and placed on Lido Key, eliminate a 500-foot wide dredged “hole in the shoal” that would allow Gulf storm wave energy to break on Siesta Key instead of on the shoal. He also believes the city and Army Corps should ask Sarasota County to weigh in, and provide input on any approval to dredge parts of Big Pass.

Luckner told Siesta Sand he first had concerns about the Big Pass dredging proposal in 2013, when the Army Corps first revised it’s project to take sand from the pass, instead of off shore, and recently he has been speaking more publically about the project.

This year, Luckner, also an avid birder, spoke twice at SKA meetings, bringing along handouts to help residents understand the technical aspects of his presentation. His wife, Catherine, is Vice President of SKA.

For Luckner, the three problems in the Lido Renourishment Project as it is proposed, include: first, the volume of sand that Luckner believes (based on the Army Corps own consultant’s data) is twice as large as it needs to be; secondly, two dredge locations in Big Pass could have little impact, but a third expansive cut called Cut C would leave a large hole and potentially cause increased wave damage on Siesta Key and neighboring shorelines; and lastly, the city and Army Corps have failed to ask Sarasota County for permission to dredge Big Pass — an action that is prohibited by the county’s Comprehensive Plan with an exemption from the County Commission.

The Army Corps own consultant found that one particular proposed cut in the pass could contribute to a two-fold increase in the energy of waves reaching Siesta during a storm, and that less sand can be placed on Lido, thus reducing the amount of actual sand needed from the pass, Luckner said. “The Corps’ own data says there is a better solution, and that is what this is all about,” Luckner said.

SKA is one of three parties appealing the FDEP’s decision to advance its permit for the Corps’ project, and recently, as part of the discovery process for the appeal hearing, Luckner has read 4,000 documents.

“There is a lot of paper,” Luckner said. Asked if he read all of the documents, Luckner replies, “I’m proud to say ‘Yes’.” Luckner plans to attend the hearing, to be held at the local courthouse, but he will not testify during the hearing; engineering experts and consultants hired by the appealing parties will testify during that time, before the administrative judge who has expertise in this area.

In his free time, when he’s not reading technical documents on coastal modeling and advising on this complex issue and do engineering consulting work, Luckner and his wife Catherine try to go out birding. They were both active volunteers protecting nesting Snowy Plovers on Siesta Key and were named Audubon Volunteers for the Year in 2011 by the Sarasota Audubon.