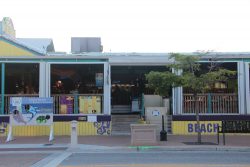 Siesta Key business owners expressed worry in early November that installation of MCI fiber optic cable through Siesta Village could disrupt the busiest time of the year for restaurants and bars. 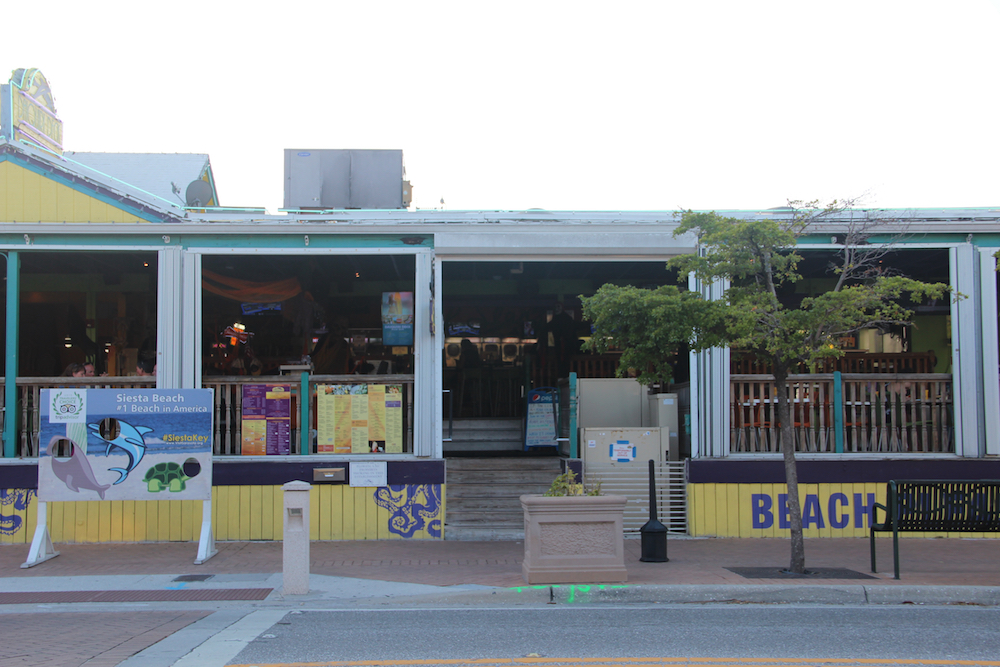 After being surprised by the abundance of “locate paint” in the Village — which marks existing utility lines — Lisa Cece, Sarasota County’s special district coordinator, began trying to track down the source, The Sarasota News Leader learned from interviews. Finally, Cece was able to determine that the cable was to be laid from Givens Street south through Siesta Village to Calle Miramar; the work was planned for the west side of Ocean Boulevard.

Cece serves as the liaison between the county and the Siesta Key Village Maintenance Corp., which supervises and funds the upkeep of the Village.

At the outset, however, the exact timeline for the project planned by MCI Metro Access Transmission Services — a Verizon subsidiary — had not been set.

Jimmie Lee of MCI told the News Leader during a Nov. 2 telephone interview that the team had all the necessary permits, but it needed to complete a more detailed set of engineering drawings before the work could proceed.

Finally, the News Leader was able to speak with the manager of the project, who said she was happy to coordinate the work with Sarasota County staff and the Siesta Key Chamber of Commerce. As a result, the fiber optic cable installation was scheduled to begin on Nov. 13.

“The worst-case scenario,” Construction Manager Desiree Doiron-Wilde of Overland Contracting in Tampa told the News Leader, would entail three days of construction work in Siesta Village. She hoped to complete it within two, she pointed out. “Just get in and out as fast as we can.”

“We’ve done a lot of work out there before,” she added of the island, noting that she handled construction projects for Verizon for 20 years before joining Overland.

“We’re very familiar with the brick pavers and the tourists and the business owners,” she pointed out. If anything is damaged in the Village, she continued, insurance will cover the expense of repairs.

Her goal also was to make sure sufficient people were in place to handle maintenance of traffic, she said.

Asked about the exact nature of the project, Doiron-Wilde explained that MCI is expanding its cell phone service, so it needs the fiber optic cable to connect cell towers, as part of its overall transmission infrastructure.

When no definitive timeline was available in early November, Mark Smith, chair of the Siesta Key Chamber of Commerce, voiced concern that the project would be underway late that month.

The Wednesday before Thanksgiving sees more customer traffic at restaurants and bars on the island than any other day, Smith pointed out in a telephone interview. “They [would be] hitting the prime time,” he said of the project team members.

Additionally, Ann Frescura, executive director of the Chamber, reminded the News Leader that the eighth annual Siesta Key Crystal Classic International Sand Sculpting Festival would begin on Nov. 10 and continue through Nov. 13. That brings tens of thousands of visitors to the island each year, as documented by Research Data Services. In 2016, that research showed, the event had a countywide economic impact of $8,134,000. The total attendance was 56,500, the Research Data Services Inc. report said.

The Holiday Parade and Light Up Siesta Key — the island’s kickoff events for the holiday season — are set for the night of Nov. 25, Frescura added. Those festivities also draw scores of visitors to Siesta Village. Those were her chief concerns, she said.

In response to Cece’s alert about the construction plans, Catherine Luckner, vice president of the Siesta Key Association, responded in an email: “The project site (sidewalk along Ocean Blvd. from Givens St. through the Village) is the most utilized route for visitors and residents walking to the Village. Pedestrian access and safety is our primary concern.”

In her Oct. 30 email to island leaders, Cece provided details about the project.

“It is fairly extensive,” she wrote, as it will run new 2” conduit 36” underground by directional bore. The distance will possibly be 1,500 feet between borings, so the public walkways, [brick pavers] and concrete, plus landscape areas will be affected. There will be sidewalk closures, signage and possible [maintenance of traffic crews, to guide drivers around the construction areas].”

A document provided to Sarasota County said the project entailed installation of cable over a distance of approximately 3,900 linear feet.

On Nov. 1, Kenneth Soule of Overland Contracting told the News Leader he anticipated the project would proceed on a fast pace. “It’s probably a week’s worth of work.”

“It seems awfully ambitious,” Smith responded when told of that comment.

Smith also reminded the News Leader that he could not recall any boring project in the Village that had not hit a gas line. “That shuts business down, of course.”

Additionally, Smith voiced frustration about the fact that utility companies “don’t have to ask anybody anything” before embarking on a project. He was referring to the lack of notice to the Chamber or any island organizations during the planning of the project.

Cece expressed her own frustration to the News Leader about the many hues of locate paint she found in the Village. County staff works hard to minimize use of that paint, she pointed out. “We really do make the extra effort,” she said, to keep the Village looking like a resort, as noted in the county contracts for its upkeep.

Communication and coordination with business and property owners in the Village should be a priority for any company planning work in the area, Smith said. “There’s just so much stuff underneath that sidewalk in the Village.”

At least Florida Power & Light Co.’s lines are on the east side of Ocean Boulevard, Smith added. Referring to the crews who would handle the fiber optic cable project, he joked, “They won’t get electrocuted, but they might get blown up. I strongly suggest they not smoke.”