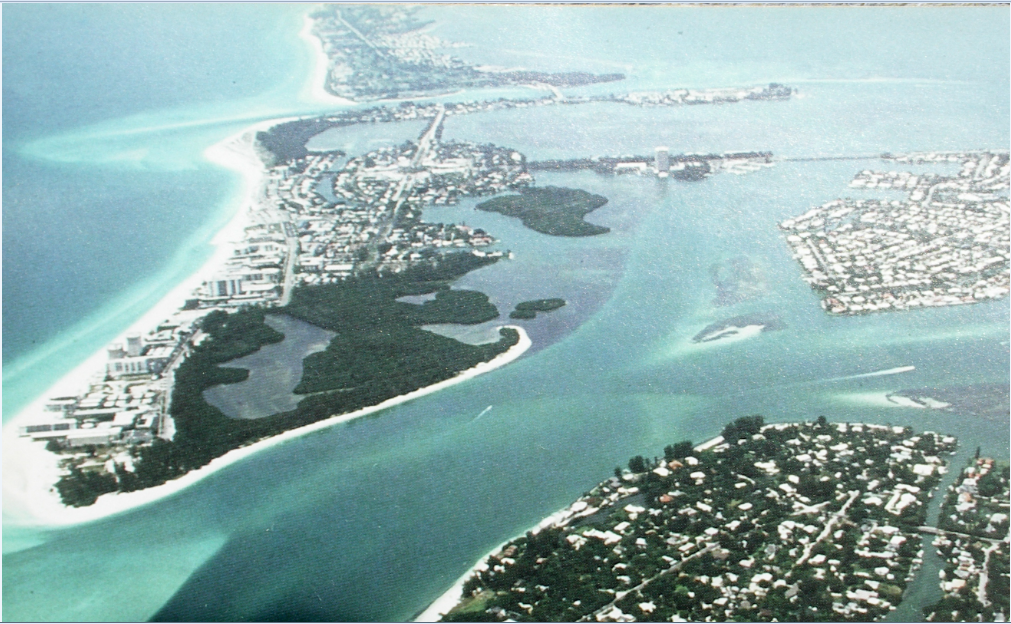 A look at news happening on neighboring islands

If only life were simple

The residents of Holmes Beach get to live there and frolic on Manatee Beach – year round if they want to. A bonus is that Manatee County (which owns the beach) sponsors film festivals, power boat races and all sorts of water related festivities. However some of “those other people” (you know, non-Manatee-County Floridians) also attend the events (spending money and paying sales taxes) and park their cars in parking spaces where residents might have parked. HB Commissioner David Zaccagnino wants to take control of the beach and, in the spirit of good will, issue free parking passes to county residents. Of course the salient part of his proposal is that annual passes would be sold to out of county residents for $120 each.

The problem is, some of “those other people” are not just folk from neighboring counties who have their own beaches, but tourists who might balk at paying that much for a parking pass that they would be using for only one or two weeks. It might even drive them away or, heaven forbid, make them have second thoughts about ever coming back.

Perhaps weekly or monthly passes, or maybe pre-season, in-season, and post-season passes, could be sold. Or it could be that the revenue from in-county vs. out-of-county passes, when weighed against the cost of lost good will might just be not to anyone’s advantage.

Mass hysteria is an interesting phenomenon. We have read that if one child in a school says that they got sick from eating mashed potatoes in the school cafeteria, many other students suddenly get nauseous as well. In an effort to quell that from happening on Longboat Key their Assistant Town Manager, Anne Ross, did not advertise, in advance, that they had switched the supply of drinking water on the key from Manatee County to water from Sarasota County.

The reason for the change was valid, Manatee County was installing a new water meter on Coquina Beach and Longboat Key did not want to disrupt service while the Manatee County water was shut off. Ms. Ross noted that the last time they switched the water supply they pre-notified residents and, as a result, had some complaints. In an effort to make this year’s switch transparent they bypassed the notification process, however some highly sensitive residents still called. It was not reported whether they preferred Sarasota water to their normal Manatee beverage.

How are Russia and the Crimean Peninsula linked with Holmes Beach and Key Royale Drive? Vladimir Putin felt that the Russians living in Crimea were being taken advantage of by the Ukrainian government so he took Crimea. Holmes Beach Mayor Carmel Monti felt that passing motorists were taking advantage of local residents by speeding so he installed a speed cushion (Orwell-speak for speed bump)…..in front of his own house. The Ukrainian government feels outgunned by Putin, and all the motorists can do is honk their horns in protest – but then they get the double whammy by being ticketed for noise pollution. The mayor says he installed the speed cushion because he could not station the police there all day to control speeders, but now they have a policeman in attendance to ticket those protesting the speed cushions. How is Putin going to top that?

Build it and they will come

When we are talking about beaches, yes, build a parking lot and they will come. When we talk about Casey Key, where there are no parking lots on most of the key, they will come whether you build the parking lot or not. And that is exactly what is upsetting many of the residents. One of the main topics of discussion at a recent Casey Key Association meeting was the illegal parking taking place on private property.

Since there is no beach parking, picnickers and bathers park on private property – which means they are trespassing. Chad Weiss, Casey Key Association President, said that police question the trespassers but that “Any excuse a person has is accepted, and the police let them walk away.”

Association Director Julie De Weiss seemed to feel there was not much difference between a stranger trespassing on somebody’s property and a stranger trespassing inside of a person’s house. Perhaps in the eyes of the police someone is a bathing suit heading for the beach carrying a picnic basket is not as much of a threat to the wellbeing of the residents as are fully clothed individuals trying to jimmy open a window. And perhaps if the county did put in beach parking those picnickers would not park their cars on someone’s property. But then if there was beach parking even more bathers would come and that might upset the residents even more. As Weiss said, “It’s not really hurting anybody, but nobody likes it.”

At a recent Holmes Beach Residents Meeting Judy Titsworth, chair of the event, indicated that there were too many signs at area crosswalks. Texting while driving is one thing, but asking drivers to read signs as well is pushing multi-tasking beyond reasonable limits. Holmes Beach Mayor Monti agreed that too many signs could contribute to sign pollution but felt that the crosswalk signs the city put up were valuable while those put up by private citizens were the ones creating pollution.

The End of the World is coming

That is the image one has of sandwich boards – a man in a long white beard wandering around some city street proclaiming oncoming doom. Well, that doom has arrived for the City of Anna Maria, or at least for the sandwich boards. The city has banned them for all but restaurants – so it seems you can only advertise sandwiches with sandwich boards. Laura Shelly, owner of the Tide and Moon, along with many other merchants in the north end of the city that have been using that method of advertising now must cease. It seems that someone took exception to the signage and complained.

Many of the stores being targeted were not advertising particular sales, just their own existence, as they were not visible from the main thoroughfare. They just wanted a chance to be seen and appreciated. Of course one could wonder why someone would locate a business where no one can see it.