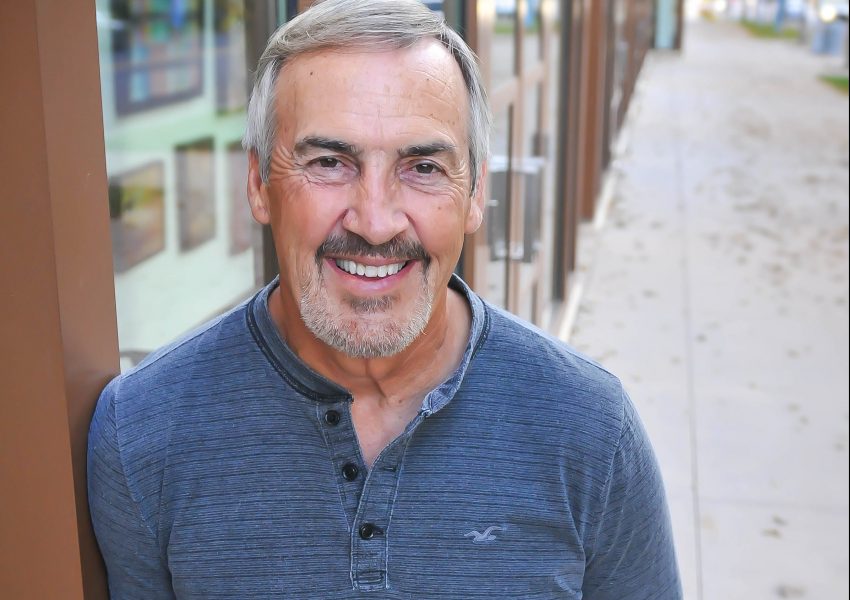 Guillermo Vidal fled Cuba as a boy. Born in 1951, he was to rise through the ranks of the Colorado Department of Transportation and become executive director and part of Governor Roy Romer’s cabinet. Following his stint with the state, he took a job with the city of Denver as manager of public works and deputy mayor, ultimately becoming the 44th Mayor of Denver in 2011 after then mayor John Hickenlooper was elected governor of Colorado. Following that stellar achievement, he became President and CEO of the Hispanic Chamber of Commerce in Metro Denver.

The story of his early life is a remarkable one. Born in Camaguey, Cuba, to Roberto and Marta Vidal, he and his brothers were sent by themselves to the United States in 1961 via Operation Peter Pan. They ended up at the Sacred Heart Orphanage in Pueblo, Colorado, and were not reunited with their parents until four long years later. Young Guillermo had the fortitude to overcome this difficult beginning, going on to earn a bachelor’s degree in civil engineering from the University of Colorado. He then became a registered professional engineer, garnering 37 years of experience in the public sector of state and city government.

He is the author of two books. The first was Boxing for Cuba-An Immigrant’s story, in which he details the difficulties of his family’s immigration story that began in Cuba. He came from an affluent, upper middle-class Cuban family with servants who catered to their every need. His two brothers were fraternal twins and a year and a half older than Guillermo, and he looked up to them.

His father was a successful businessman, while their mother was both gorgeous and gregarious. Their marriage was extremely volatile, often making he and his brothers the casualties of their marital war.

His father seemed cold and emotionally aloof, appearing to resent his youngest son. No matter how hard he tried, Guillermo could not gain his father’s approval, even later as a high-achieving adult.

His mother was emotionally unbalanced, prone to bouts of rage that culminated in the physical abuse of her three sons.  Guillermo spent his childhood walking on eggshells to avoid his parent’s ire.

Then came Castro’s Revolution and the boys’ subsequent exile.

The parents made the unthinkable decision of sending their three boys to the US seeking political asylum. Family members were supposed to meet them at the Miami airport, but they did not.  In a strange land, Guillermo and his brothers felt utterly deserted and abandoned.

An American based refugee program called Operation Peter Pan took over. It had placed 14,000 Cuban refugees in orphanages and foster homes around the country.  Guillermo and his brothers were sent to a Catholic Orphanage in Pueblo, Colorado, relieved at least to be together.

Although they were fed and clothed, the orphanage was an austere place run like a prison. Within its confines emerged a culture of violence. It was a terrible experience, much like Lord of the Flies!

It took four years before the parents could finally reunite with their sons. By then, their stormy marriage had deteriorated to mutual hatred and cruelty. No escape was visible until the boys came of age and could move out.

Guillermo was emotionally scarred by his experiences. As an adult, he worked hard to get people to like him, causing him to cling stubbornly to everyone in his life, even those people who harmed him. He strove obsessively to get people to accept him, always trying to the be best; best at sports, best at school, best at every new project he took on during his career.  His achievements were multitudinous with the Colorado Department of Transportation (CDOT), yet they were unfulfilling. This realization ushered in him a deep, debilitating depression.

It was his counselors that saved him. In his own words: “They helped me discover that contentment and fulfillment came not from the accumulating of worldly titles or awards: it came from working with others to create something greater than myself.”

Vidal stayed on with CDOT and would reach a pinnacle of his career when he became the head of the department under the governor. But his father refused to acknowledge his accomplishment, accusing him of being incapable of achieving such a coveted position without foul play. He then disclaimed Guillermo as his son.

For Guillermo it was an epiphany. “How freeing it was to know Í could do nothing to please my father, so I no longer needed to try.  It left me free to live the rest of my life without having to seek his love and approval.”

Vidal has been married twice, each relationships lasting 20-years. Although there were many good years, both relationships came to an end. The scaffolding of career, home and family collapsed simultaneously after his second divorce, and Guillermo found himself devastated. After much reflection, he developed a daily spiritual practice, practiced meditation, and found his connection with the Higher Source that exists in all living things. His experiences motivated him to write his second book: Catch and Release-One Man’s Improbable Search for True Love and the Meaning of Life, as a way to help others successfully cope with difficult life transitions. He also writes a blog on life lessons that is published twice a week on several publications. You can sign up for them by going to his website: www.guillermovidal.me

“It is strange that I had to reach my sixties to unearth my authenticity, but I have learned that our spiritual progression follows no calendar or clock. From the connection I now have with my truest self, I apply my writing, speaking and teaching to help other find their true source.

“Our stories can delineate for us the greatest purpose of our lives. Take time today to share your story with others.”

Both books make fascinating reads. They are available on Amazon and Kindle. You may download the first 5 chapters of Catch and Release, as a free PDF file at https://www.guillermovidal.me/shop/