With the horrific recent outbreak of Red Tide, we thought the best place to get answers to frequently asked questions is from Mote Marine. The following are directly from their website. 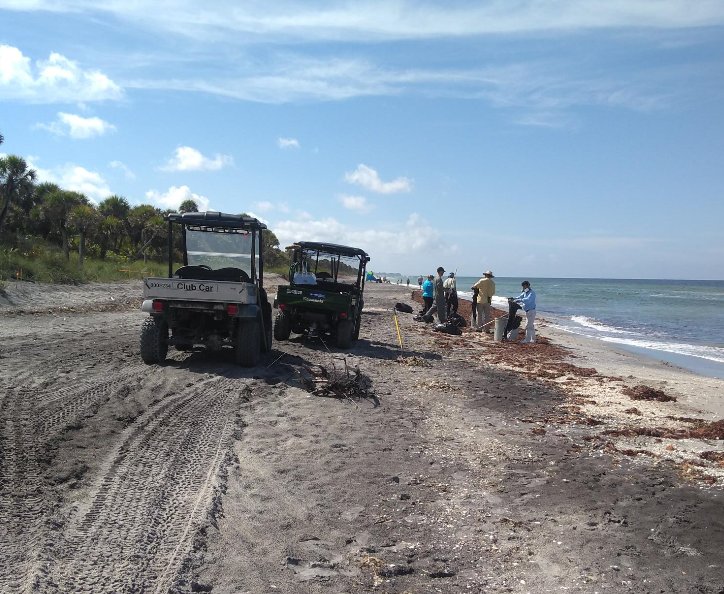 What causes a Florida red tide?

The Florida red tide alga, Karenia brevis, needs the following components to form a bloom. The first is biology — the organism must be present in the water and it must out-compete other phytoplankton. The second is the correct chemistry — this includes the appropriate temperature, salinity, and nutrients that it needs to grow and multiply. The third component is the right physical conditions to concentrate and transport K. brevis. The fourth component is ecology – the presence or absence of other life forms, such as other marine algae that may encourage or inhibit K. brevis blooms.

In contrast to the many red tide species that are fueled by nutrient pollution associated with urban or agricultural runoff, there is no demonstrated direct link between nutrient pollution and Karenia brevis red tide formation or frequency (how often they occur). Florida red tides develop 10-40 miles offshore, away from human-contributed nutrient sources. Red tides occurred in Florida long before human settlement, and severe red tides were observed in the mid-1900s before the state’s coastlines were heavily developed.

However, once red tides are transported to shore, they are capable of using human-contributed nutrients for their growth.

Do freshwater outflows from Lake Okeechobee affect Florida red tide blooms that have moved to the Charlotte Harbor area?

To investigate this question, we must consider several variables with each bloom. Here are some key variables:

Nutrients, both natural and human-contributed, can be carried in these freshwater outflows, and have the potential to serve as additional “food” sources for K. brevis (see the previous question).

Salinity also matters. Riverine flows into the estuary have low salinity (less salt than the ocean), which is not conducive to K. brevis red tide growth.

Other algae species besides K. brevis live in the lake, river or Charlotte Harbor estuary, where rivers meet the sea. When nutrient rich-water flows down the river and into the estuary, the nutrients are available to freshwater species including blue-green algae (cyanobacteria) and estuary-dwelling algae species that can each form blooms. The potential linkages between nuisance algal blooms in the estuary, any freshwater algae carried in riverine flows to Charlotte Harbor, and saltwater K. brevis red tide (all collectively referred to as harmful algal blooms – HABs) is an important topic that needs further research.

Are red tides new to Florida?

No. Red tides were documented in the southern Gulf of Mexico as far back as the 1700s and along Florida’s Gulf coast in the 1840s. Fish kills near Tampa Bay were even mentioned in the records of Spanish explorers in the 1500s.

How long does a Florida red tide bloom last?

Red tides can last as little as a few weeks or longer than a year. They can even subside and then reoccur. The duration of a bloom in nearshore Florida waters depends on physical, chemical,  biological and ecological conditions that influence its growth and persistence, including sunlight, nutrients and salinity, as well as the speed and direction of wind and water currents.

Is the Florida red tide found in estuaries, bays or freshwater systems?

The Florida red tide can be found in bays and estuaries but not in freshwater systems such as lakes and rivers. Because K. brevis cannot tolerate low-salinity waters for very long, blooms usually remain in salty coastal waters and do not penetrate upper reaches of estuaries. However, other harmful algae, including cyanobacteria (blue-green algae), typically bloom in freshwater lakes and rivers.

Can I swim in the ocean when there’s a Florida red tide bloom?

Swimming is safe for most people. However, the Florida red tide can cause some people to suffer skin irritation and burning eyes. People with respiratory illness may also experience respiratory irritation in the water. Use common sense. If you are particularly susceptible to irritation from plant products, avoid an area with a red tide bloom. If you experience irritation, get out of the water and thoroughly wash off. Do not swim among dead fish because they can be associated with harmful bacteria.

To read all the FAQ’s go to Mote Marine’s website, www.mote.org