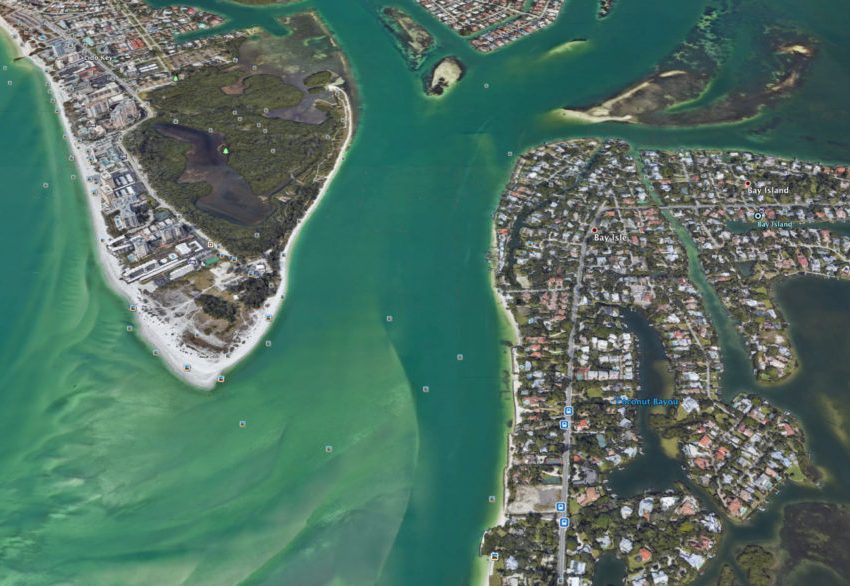 The lawsuit Save Our Siesta Sand 2 (SOSS2) filed against the U.S. Army Corps of Engineers (USACE) in January 2019, to try to stop the removal of sand from Big Sarasota Pass to renourish about 1.6 miles of Lido Key Beach, has formally concluded.

Responding to an SOSS2 motion filed in the late fall of 2019, seeking a finding that the USACE had not complied with federal environmental policies in planning for the Lido Key Hurricane and Storm Damage Reduction Project, Chief U.S. District Court Judge Steven D. Merryday wrote in a Sept. 30 order, “A review of the administrative record [in the legal case] confirms that the Corps arrived at rational conclusions compelled by a thorough review of the project’s effect on the affected environment.”

Merryday is chief judge of the U.S. District Court for the Middle District of Florida, in Tampa.

In one section of the ruling, Merryday wrote, “None of SOSS2’s arguments offer a convincing reason to dismiss the expertise of the Corps, particularly because SOSS2 repeats unfounded arguments about stale data … and incomplete analysis … both of which arguments fail …” For one example, the judge pointed to the fact that although the USACE incorporated older National Environmental Policy Act (NEPA) documents into its initial Environmental Assessment, the USACE “generated [a] 2018 environmental assessment to refresh the scientific basis for the project … even though aspects of the project remain unaffected since earlier findings.”

SOSS2 Chair Mark Smith told the SNL during the summer that the nonprofit would seek a formal conclusion to the case, because that would enable it to file an appeal with the U.S. Court of Appeals for the 11th Circuit, which is in Atlanta. Merryday’s ruling for the USACE in the case was expected, Smith indicated at the time, because, in early July, Merryday rebuked SOSS2 after the nonprofit filed a motion for a Temporary Restraining Order (TRO) to prevent dredging in Big Pass before the SOSS2 case had ended at the U.S. District Court level. Merryday swiftly denied the TRO motion.

Contacted about Merryday’s final ruling, Smith told the SNL that the nonprofit’s leaders again had discussed the option of an appeal. “We’re not going to [do that],” he added. A retired federal judge who lives on Siesta Key advised them against it, Smith noted.

Smith did express frustration about the resolution of the federal complaint. “It’s just so bizarre that the case is closed without [the judge’s allowing SOSS2 to be] heard. We’re kind of beside ourselves.”

He added, “You just find yourself kind of wondering about the whole [federal government] system.” SOSS2 leaders and members do not believe the USACE is “doing the right thing,” he continued, but a federal judge says, “‘It’s fine.’ … As a citizen, you sit there and go, ‘Wow.’”

With the dredging and sand placement on Lido expected to continue until at least mid-November — based on the USACE project team’s timeline estimate in early October — Smith said, “I would suggest to everybody that’s on the water [on Siesta Key to] document [it] if they see any erosion and damage to their property.”

Smith added that he had heard from a boater that the channel in Big Pass has been “shifting dangerously close to the beach,” which could lead to problems for people in vessels in the waterway as well as for people enjoying recreation in the water.

“Just keep track of what’s going on” is his advice to property owners and residents on the barrier island.

More facets of the ruling

(In reality, it was September 2013 when the USACE unveiled the plans for the removal of sand from Big Pass to renourish Lido Key’s critically eroded beach. The USACE also proposed groins on South Lido, to try to keep the new sand in place between subsequent renourishment initiatives. In March 2015, the USACE and the city filed their application for a permit from the Florida Department of Environmental Protection to pursue the Lido project.)

Merryday noted in his order that parts of the sand borrow areas in Big Pass “fall within ‘Outstanding Florida Waters,’ which require ‘special protection’ because of natural attributes,” including threatened or endangered species.

He added that the USACE prepared an Environmental Assessment to determine whether the dredging of Big Pass would constitute a “major federal action” — “that is,” Merryday wrote, “an action ‘significantly affecting the quality of the human environment,’ including the natural attributes. … The Corps’ environmental assessment concluded with a ‘finding of no significant impact on the human environment.’” That relieved the agency of the need to prepare an Environmental Impact Study (EIS), “which requires a ‘full and fair discussion of significant environmental impacts,’” he added, quoting from a 2002 opinion of the 11th U.S. Circuit Court of Appeals.

“SOSS2 suggests a properly prepared environmental assessment and EIS would support a different conclusion about the proper sand sources for the [Lido] project,” he added.

The nonprofit’s claims, Merryday explained, were governed by the U.S. Administrative Procedure Act. Under that act, Merryday continued, “[T]he Corps’ actions must prevail unless the agency acts arbitrarily, capriciously, in abuse of discretion, or otherwise not in accord with law. … ‘This standard is exceedingly deferential,’” he wrote, quoting from another ruling by the 11th Circuit Court.

“SOSS2 fails to provide convincing evidence that the Corps inadequately examined the effect of the [Lido] project, especially considering the depth of analysis by the Corps during the years before the project,” Merryday wrote.