The Creative World of Kenny DeCamp 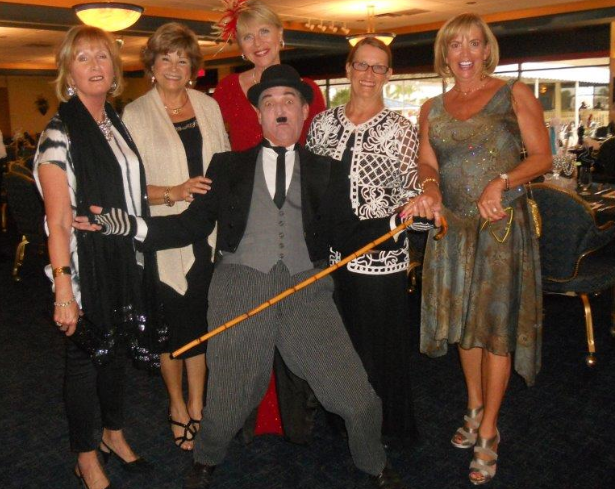 The creative life of Kenney DeCamp is one that is truly unique.

In the 1970’s while working as an orthopedic Physician’s Assistant (PA) at Patterson Army Hospital in New Jersey, Kenney met Bruce Springsteen. He soon became involved with the production company that was booking Bruce’s first band, Steel Mill. They brought Kenney and his Doctor’s Bag along for the tour, where he would be available to treat people who had minor injuries or were “bad-tripping” in the decadent style of the 70’s.

The more Kenney worked around The Boss, the more Kenney became inspired by the imagery of his songs. “I took one song—Wild Billy’s Circus— and dance-acted it out. A friend was watching, and suggested I take pantomime classes. The idea intrigued me, and I started working with a mime teacher in New York City—Claude Kipnis, one of the star pupils of Marcel Marceau. Later, in 1974, Claude got me into a six-week workshop with the maestro himself, an experience that forever changed my life.”

While exploring the world of the mime, Kenney continued practicing as a PA for the New York Medical College in NYC, eventually being promoted to serve as the first PA to practice Neurosurgery.  During his limited free time, he began to study with the best of the dance masters, many of whom allowed him to audit a class free of charge because he worked at the Medical College. Kenney audited classes with Martha Graham, Alvin Ailey, Robert Jeoffrey, Twyla Tharpe, Tommy Tune, Paul Taylor, and others.

He soon put these newly honed dance/mime skills to use when he started working as a stage director for musical groups, including The Crystals, The Brooklyn Bridge, and The Johnny Walker Band. Impressed by his creative fire, RCA records hired him to begin staging shows, and also to work as a Personal Energy Trainer designing dietary and exercise plans for various performers. Initially he was hired to work only with the lead singer, but soon his job expanded to include all members of the band. This unique niche field turned out to be a perfect blend of Kenney’s medical interests and his skills as a body-linguist.

“The first feature performer I worked with was Vicki Sue Robinson, whose debut single sold 350,000 copies in its first six weeks. It was the iconic disco song, Turn the Beat Around. Vicki had drug issues which were destroying her body, and I was brought in to turn her destructive habits around as well as stage the show for her upcoming first tour. It turned out to be a successful tour, and Vicki’s vision of herself improved.”

Soon after that, Kenney began working with other performers, both dancers and singers. The list is long, and included Donna Summer, Gloria Gaynor, Andrea True, and other disco up-and-coming artists.

In the 1980’s and 90’s, Kenney traveled the world doing mime and body language work promoting the concept of Human Growth Education (HGE), a field in which he continues to become increasingly involved. Some of this work was done in conjunction with Rotary International’s Goodwill Ambassador Programs.

From 1983-1996, Kenney built a successful career as the producer and owner-operator of a performing dance/mime school in the Chicago area. The school featured instruction in Dance, Modeling, Acting and Singing. In its twelve years of operation, Kenney and his teachers instructed more than 10,000 students of various ages. He staged show after show after show, with performances slated for almost every weekend.

From 1991-2000, under the auspices of Rotary International, Kenney organized Health to the Children International in Dundee, Illinois.  This Not-For-Profit Organization fundraised and dispersed more than $3 million dollars in medicine, equipment, clothing, toys, and specialized surgeries for children in Yugoslavia, USSR-Russia, Albania, Montenegro, Jamaica, Grand Cayman and Mexico. While visiting these countries, Kenney also performed and taught.

Kenney had served as an Orthopedic Specialist during the Vietnam Conflict. Now in 2002-2003, he became the interim executive director of the Vietnam Veteran’s Art Museum in Chicago. He also served as co-host of the Veteran’s Radio Hour in Chicago, a program which served 94 USA radio stations plus 56 countries on internet stream.

In 2006, Kenney moved to Sarasota, drawn by the crystal sands of Siesta Key. From 2007-2008, he served as Managing Editor-Public Relations Director for the Sarasota edition of Arts & Culture Magazine. He also established DeCamp Associates International (DCAI), and has been involved in many local projects as a publicist as well as a community/public/media relations director.

Currently Kenney is the Education Chair for the Board of the Fine Arts Society of Sarasota, as well as a vice-president of Sister Cities Association of Sarasota. He also serves as President of the Board of Friends of Selby Public Library.

In recent months, Kenney has appeared as a lecturer at the Einstein Circle at USF, performed as Charlie Chaplin in a fashion show at the Venice Yacht Club, and enlightened students at Southside Elementary School on the talents of Charlie, considered the world’s greatest mimic comedian. Kenney often uses his Charlie skills to entertain Sarasota crowds at various events around town. He recently gave a lecture on the silent film artist at the Selby Public Library, bringing with him 15 pieces of his personal collection of Charlie memorabilia.

On December 11th of 2013, Kenney is producing the entertainment for the Fine Art’s Society’s Celebrate the Arts luncheon.  On Wednesday January 8th, from 6 to 9, Kenney will host the fundraiser he created for the Selby Public Library, an annual event titled Looking into the Crystal Ball. This has become one of the most delightful soirees in Sarasota! Known as “The People’s Gala” because of its affordable $20 admission, it is an evening filled with performances, artists, exhibitions, tasty bites and cash bar. The Crystal Ball is held inside Selby Library itself, and Kenney, of course, will serve as Master of Ceremonies. (For more information on the event, go to www.selbylibraryfriends.org.)

2014 is the 100th year anniversary of Charlie Chaplin as an iconic star and director of silent films. An ambitious outreach program is planned to celebrate the centenary. Working with PBS producer Gus Mollasis, the pair plans to reach as many schools as possible in Sarasota County. In a performance Sarasota’s children will never forget, Kenney will appear all decked out like Charlie, complete with hat, moustache, walking stick, and signature strut.