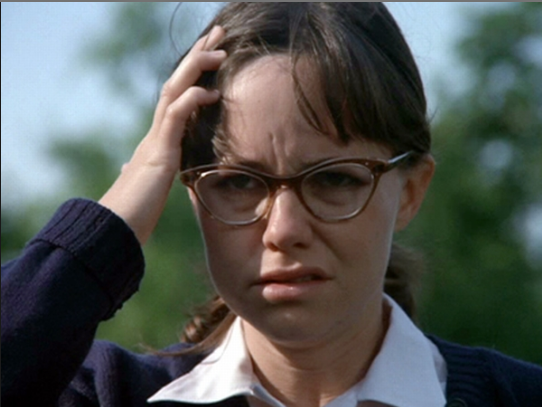 Shirley Ardell Mason died in Lexington, Kentucky in 1998. A successful artist, she was also known by another, much more famous name: that of Sybil, an American psychiatric patient described as having multiple personality disorder, now called dissociative identity disorder.

In 1973, a book was written by Flora Rheta Schreiber in collaboration with Dr. Cornelia Wilbur.  Entitled Sybil, this book quickly garnered international interest and scrutiny and went on to become a best seller. A movie by the same title was released in 1976 starring Sally Field as Sybil and Joanne Woodward as Dr. Wilbur. The role earned an Emmy Award for Sally Field.

This film was remade in 2007 starring Jessica Lange and Tammy Blanchard. Many of the “Hidden Paintings” were used in that movie. (“Hidden Paintings” were the art works created by Ms. Mason’s alternate “selves.”) Both the book and the two films used the pseudonym Sybil Isabel Dorsett to protect Mason’s identity.

Why is the story of Sybil so compelling? It is a tale of a human spirit who survived unimaginable hardship.

Shirley Ardell Mason was born in Minnesota on January 25, 1923, to a mother who was deeply sadistic and disturbed, and possibly schizophrenic. From the moment of birth Shirley was periodically subjected to horrific sexual abuse. It is believed that the child’s young mind went into protective mode and split into various dissociative states or “personalities” to absorb the experience and push away things that were far too painful to remember

In the early 1950’s, Ms. Mason was a substitute teacher and a student at Columbia University who had long suffered from blackouts and emotional breakdowns. In 1954, she entered psychotherapy with Cornelia B. Wilbur, a Freudian psychiatrist. These sessions were to form the basis of the book. During her 11-year analysis, Ms. Mason was identified as having sixteen distinct personalities. Through the herculean efforts of Dr. Wilbur and the brave determination of her emotionally damaged patient, all sixteen selves ultimately integrated into one. Shirley Ardell Mason emerged from therapy in 1965, finally able to recall her early life and feelings.

After Ms. Mason’s death at the age of 75 in 1998, her Kentucky home and its contents were prepared for auction. As the auctioneer was clearing out the house, his wife came across a closet containing stacks of National Geographic magazines.  Behind these magazines which were boxes of art, letters, and other personal effects—treasures Ms. Mason had hidden from sight for nearly a quarter of a century.

The owner of a local frame shop, a man by the name of Jim Ballard, attended that auction.  He had heard about these hidden boxes filled with Ms Mason’s paintings and drawings, and knew in an instant it was art he could frame and sell. With no preconceived notion of what the art was about, he bought the entire group of paintings sight unseen. He knew a bit about Sybil, of course, but now he went home to open the boxes, look at the art, and familiarize himself with both book and movie.

One hundred and three paintings were in Mr. Ballard’s original cache. As he went through these boxes, he was surprised to find one of his pictures reprinted in the book. Called Blue Is the Color of Love, this painting had brown packing tape glued over the artist’s signature.

Further research was to tell Mr. Ballard that Ms. Mason had refused to put her name to any piece of art she did not recognize as her own. (It had been a disturbingly frequent occurrence for Ms. Mason to enter her studio and find work on the easel of which she had no conscious memory. It was assumed that these unsigned paintings in the collection were the work of her alternate “selves”.)

Indeed, long before undergoing psychotherapy, Ms. Mason had written an editorial for the student paper at Mankata State University, where she was majoring in art.  In this lengthy opinion piece, she passionately stated that no artist should ever put their name on any work or creation that was not their own. Other students found this subject a little odd, but to Ms. Mason, it was a serious issue.

As Mr. Ballard dug though the boxes, he repeatedly found paintings and drawings with no artist signature whatsoever. Mr. Ballard

realized that Ms. Mason did not wish to be connected to any art created by her other selves. She was reluctant, however, to give these pieces up. She had carefully stored these “Hidden Paintings” in the back of her closet until they were discovered in 1998.

The paintings tell an extraordinary story, for Ms. Mason had spent her lifetime as a professional artist. Increasingly, as she underwent treatment, she was encouraged to use art as therapy, unlocking buried memories and feelings. For example, in a 1967 painting entitled Mother and Child, psychiatrists and art critics alike concluded it represented Shirley Mason’s final peace and closure with her abusive mother who had died nearly two decades earlier.

kable pieces have been exhibited at a gallery called Fresh A.I.R. (Artists in Recovery) in Columbus, Ohio.  They have also been displayed in many other galleries, including the one at Vanderbilt University’s School of Medicine.

Inspired by her traumatic childhood, artist Shirley Ardell Mason produced an extraordinary body of work. Equally fascinating are the back stories which accompany each individual piece of art. Today, the remaining 76 pieces discovered by Jim Ballard are all offered for sale at the Commodity Exchange at 1918 Bay Road in Sarasota. They can be viewed from 9-4 on M-F, and from 9-12 on Saturday