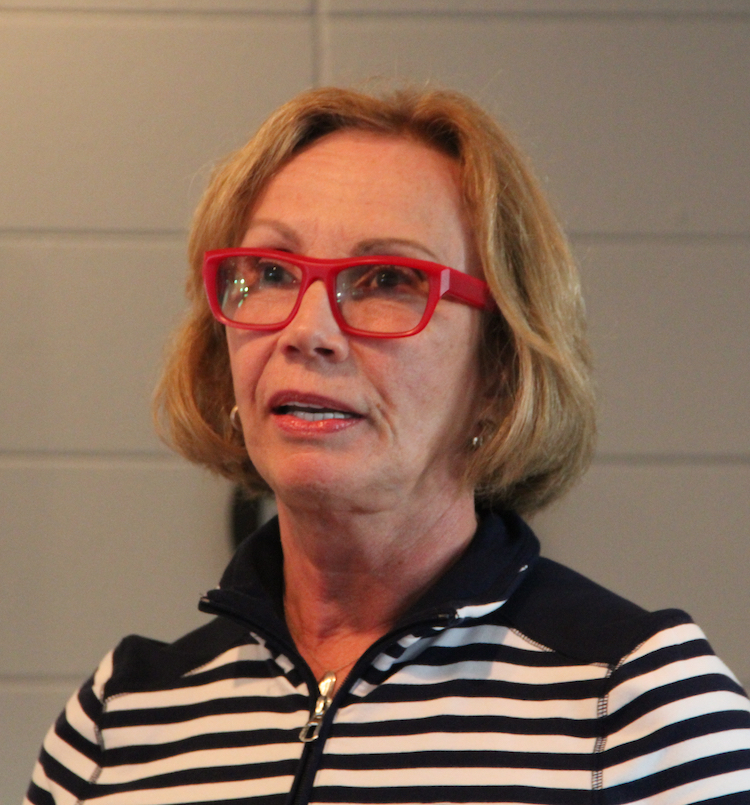 Safety issues on Siesta Drive — from Osprey Avenue to the Shell Road intersection with Higel Avenue — have been the focus of a group of Bay Island Siesta Association members since April, the association’s vice president recently told Siesta Key Association (SKA) members. 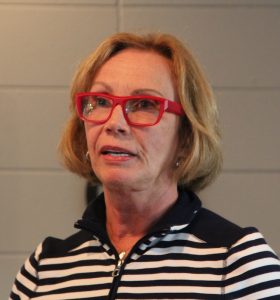 Make Siesta Drive Safer has been working with the Florida Department of Transportation (FDOT) in an effort to achieve improvements, Dee Reams explained during the November SKA meeting.

After three fatal incidents occurred this year on the 2-mile stretch of road, she pointed out, members of the Bay Island Siesta Association began undertaking research on the total number of traffic accidents that have occurred in that area. “We really wanted to get accurate information to try to do something about this.”

The group sought help from both the Sarasota Police Department and the Sarasota County Sheriff’s Office, she said — including requesting copies of accident reports. As a result, the members of Make Siesta Drive Safer learned that in the past five years, a total of 180 traffic accidents had occurred on the road segment. After plotting the accident locations on a map, she continued, the members contacted FDOT representatives. “We’ve since developed a really good relationship with them.”

The impact of consumption of alcoholic beverages was a factor in a number of the incidents, Reams indicated, but “that needs to be addressed separately.”

FDOT representatives ended up inviting members of the group to an on-site walk with them, she continued; that lasted “two-and-a-half hours on a 100-degree day … which was interesting.” Reams added, “I wanted them to actually see how fast the drivers were going” and how many of motorists swerve across the white lines at the sharp curve where Siesta Drive intersects with Higel Avenue.

The Make Siesta Drive Safer members also sought to help FDOT staff understand how dangerous the stretch of road is for pedestrians and bicyclists, she said.

During the walk, she continued, the FDOT representatives were able to determine that some signs are in the wrong places. They even took photos, she noted.

“Did you ask why FDOT put a radar sign behind [a] utility pole?” SKA Director Joe Volpe asked, eliciting laughter from some audience members.

“That is being addressed,” Reams told him.

“How do people cross from one side to the other?” SKA member Katherine Zimmerman asked Reams, because no crosswalks exist on Siesta Drive.

FDOT staff members are considering the installation of crosswalks, among other suggestions from the Make Siesta Drive Safer group, Reams replied. “They really are looking closely at everything.”

Lourdes Ramirez asked Reams if she had heard any more about the possibility that Sarasota County might swap FDOT its roads on Siesta Key for River Road, as the county has failed thus far to win state support for improvements it wants to make to River Road before the Atlanta Braves begin Spring Training seasons in North Port in 2019.

County Administrator Tom Harmer explained to the County Commission on Sept. 13 that those discussions had begun. County staff has proposed that the county take over portions of Midnight Pass Road, Siesta Drive, Higel Avenue, Stickney Point Road, South Osprey Drive and Bay Road, which are county routes, while the state takes ownership of River Road between U.S. 41 and Interstate 75 in South County.

If River Road became a state road, Harmer pointed out, the improvements needed on it potentially could occur more quickly.

Reams told Ramirez she had no information to provide about that undertaking, so SNL posed the question to county staff. In a Nov. 6 email, county Media Relations Officer Drew Winchester reported that county representatives still are “in active negotiations with FDOT for the potential road swap and other funding initiatives [regarding River Road].”

The SKA has invited Make Siesta Drive Safer to give a more complete presentation to SKA members about the group’s initiatives, Luckner noted. That could be on the agenda as early as December, she added.

In the meantime, Reams left business cards at the back of the meeting room in the event SKA members wanted to contact her.