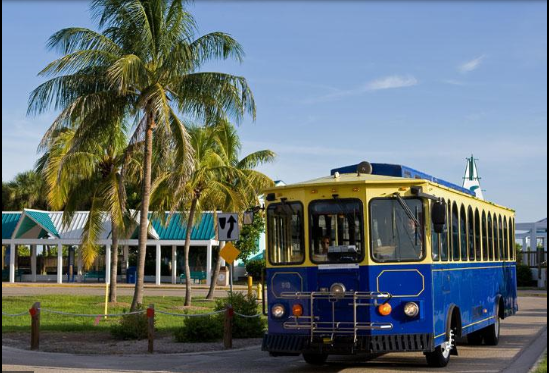 In the upcoming New Year, some unresolved issues are going to take center stage, and several proposed projects could mean significant changes for the island. Siesta Sand takes a look at Eight Big Stories to watch in 2017 — from the question of what’s going to happen to Big Pass, to a simmering debate over a 357-foot segment of North Beach Road. Other stories include the Siesta Promenade proposed for 24 acres of Siesta Key gateway property, as well as an effort to bring a Trolley to the Key.

What’s going to happen with the Lido Beach Renourishment project? That remains the single biggest news question of the New Year. The renourishment is a complex project that involves many different aspects—including the installation of two rock groins on Lido’s shoreline and removing 1.2 million cubic yards of sand from Big Pass, which has never been dredged before, to place on Lido.

As a result, critics worry about the greater chance of unintended down drift impacts, including on Siesta Key. However, U.S. Army Corps of Engineers officials say they can’t find compatible sand that matches Lido Beach—except in Big Pass—and so the Corps has been pushing ahead with permitting for its $19 million plan to buffer the beach.

The Florida Department of Environmental Protection (FDEP), meanwhile, has agreed to extend by 30 days a decision on its next step in the Lido Renourishment Project permit process. Despite an addition delay caused by Hurricane Matthew, the agency expects to make a decision sometime this month (December).

The Sarasota County Commission voted unanimously on Aug. 23 to ask the Army Corps of Engineers to withdraw its 2015 Finding of No Significant Impact regarding the Lido Renourishment Project and, instead, to pursue an Environmental Impact Statement (EIS) with a much more thorough review of potential negative consequences of dredging Big Pass, as well as alternatives to that plan. In a July 14 letter, the Siesta Key Association (SKA) asked the commission to call for an EIS. It remains to be seen, as of press time, what action the County Commission will take next.

The FDEP will conduct a Public Information Session regarding the Big Pass Dredging Permit in an open-house style meeting set for November 30 in the meeting room of the Sarasota County Fire Department Station No. 2 located at 2070 Waldemere Street in Sarasota. The Siesta Key Association invites members and neighbors to share questions and comments at their December 1 monthly meeting. The meeting will take place in the Parish Hall at St. Boniface Church on Siesta Key at 4:30 PM.

Benderson Development wants to transform an old mobile home park at the northwest corner of U.S. 41 and Stickney Point Road into a large, mixed-use lifestyle center. Although Benderson’s proposed “Siesta Promenade” is off the Key, if constructed, it would become the largest new project in the area and it would likely impact Siesta in more ways than one.

In September, Benderson Development once again modified plans for its large project for the 24 acres of vacant land. In an attempt to address neighborhood concerns, the development company has put together an alternative plan comprised of fewer overall residential units, shorter buildings bordering the adjacent residential neighborhood, and two smaller hotels instead of one, taller hotel.

The plan shrinks overall residential units from 586 to about 400, Todd Mathes, director of development at Benderson, told Siesta Sand in September. The commercial aspect of the project is unchanged.

Concurrently, the developer is continuing to seek county approval for a "Critical Area Plan," or CAP, designation for the proposed Siesta Promenade, which would clear the way for an increase in density. On Oct. 11, the County Commission was slated to discuss and vote on the “boundary” of a CAP for the project. Yet Commissioners declined to make a decision on the boundary for a Critical Area Plan, and the board requested additional information to better evaluate residents’ concerns.

Commissioners received dozens of emails prior to the meeting, and listened to citizens for more than two hours during the public hearing Oct. 11. Residents in the Pine Shores neighborhood — the residential area behind the new development — have voiced concerned about the amount of traffic the center would produce in an already congested season, and privacy issues. In a September email to Siesta Sand, and after seeing the latest, modified plans, Sura Kochman, a resident of the Pines Shore neighborhood and spokeswoman for the Pines Shores Neighborhood Alliance, said, “It seems that Benderson is moving in the right direction by reducing the number of residential units.”

To trolley or not to trolley? — that is the question.

As more and more tourists and visitors come to Siesta, some island representatives and business leaders say a shortage of available parking and the lack of public transportation becomes more problematic. That’s why leaders such as Wendall Jacobsen, general manager of Beach Bazaar and president of the Siesta Key Village Association, and Mark Smith, chair of the Siesta Key Chamber of Commerce have intensified an effort to push for a county-operated trolley operation on Siesta Key.

In July, Siesta Key representatives from SKA, Village Association and the Chamber of Commerce met with Sarasota County Area Transit (SCAT) representatives to “try to emphasize to them the importance” of a trolley.

SKVA board member Russell Matthes is optimistic. Matthes recently said he is continuing to encourage Sarasota County Area Transit (SCAT) staff “to go to other communities to see what does work.” He remains hopeful, he continued, that the SKVA and county staff can pick and choose among features of those trolley systems to create one that will offer good service for Siesta Key.

A new building combing modern architecture and a beachy vibe is under construction on Stickney Point Road and should be constructed by early spring. A new Daiquiri Deck restaurant will anchor the three-story building, filling the top floor — a perch that affords outdoor-deck views of the Intracoastal and Gulf, from some vantages. On the first floor, the building will also house a new coffee shop and retain existing retail space for CB’s Island Outfitters store. The second floor will be used for storage.

Construction began in June, and Troy Syprett, managing partner with Daiquiri Deck tells Siesta Sand construction is expected to be completed by mid March. “Everything is going smoothly,” Syprett said. The restaurant will be open in time to catch “the tail end of Spring Break and the Summer season.”

The concept for the building was born about two years ago when the co-owners of CB’s Saltwater Outfitters and Island Outfitters store and the co-owners of the Daiquiri Deck local chain of restaurants started talking about a project they hoped would become a destination spot on the south end of the island. Venice-based J.E. Charlotte Construction Corp. is the construction contractor on the project, and the architect is Mark H. Smith of Smith Architects.

A fight has been simmering on North Beach Road. A group of residents are fighting to prevent Sarasota County from vacating a segment of the road’s public right-of-way.

After repeated storm damage to a 357-foot segment of the road, county leaders closed it to vehicle traffic in 1993. Contention, however, was ignited 13 years later when the County Commission in a 4-1 vote, with Commissioner Christine Robinson in the minority, voted, May 11, to abandon the section altogether, turning it over to three couples who own adjacent property.

Siesta Key resident Michael Cosentino has led a legal aspect of the fight after filing a lawsuit in June, alleging the Sarasota County Commission violated the county’s Comprehensive Plan in voting on May 11 to vacate a portion of North Beach Road.

Cosentino also has been seeking signatures of registered county voters on two amendments to the County Charter. One would rescind the commission’s 4-1 vote to vacate the segment of North Beach Road at the request of three couples who own property on that part of the road, or require the county to buy the property back. The other amendment would make it impossible for a future County Commission to vacate any segment of county road on a waterway.

Changes are coming to the intersection of Beach Road and Midnight Pass.

In late summer, the Florida Department of Transportation pleased some residents and business owners when it revealed that the state agency had nixed the most controversial option of a roundabout. Instead, FDOT has chosen an alternative that would add a modified and signalized right turn lane onto Midnight Pass, FDOT project manager David Jones told Siesta Sand. In addition, the project will also add a bike lane through the intersection, improved crosswalks with high reflectivity, as well as a signalized left turn lane onto Midnight Pass from Beach Road.

The project is designed to increase pedestrian safety for beachgoers at one of the Key’s busiest intersections. In addition to the new crosswalk across the northern leg of Midnight Pass and across Beach Road, FDOT is also considering adding a crosswalk at the southern terminus of the intersection.

Sarasota County plans to decommission the old wastewater plant at the end of Shadow Lawn Drive and replace it with a modern and much smaller lift station. After delays, the $9.1 million project has been extended to June 2018.

The county had an order from the Florida Department of Environmental Protection that required the failing facility to be shut down by the end of this year. The County Commission approved a contract in 2010 for design and permitting of the pipeline routes. The board amended the contract twice in 2013 to add design and bid services. Last spring, the board voted to add more funds for the engineering phases of the project. But then this April, the timeline changed drastically. County staff said the work required more time. It would take until the end of 2017, at least, to shut down the plant. The County Commission then voted unanimously to extend the project deadline to June 2018.

The current treatment plant is a remnant of a previous type of wastewater treatment. It is the only wastewater facility currently in the county that treats water and discharges it into a waterway. In this case, the treated wastewater is released into Grand Canal. It was built before many of the current homes were constructed, says Dave Cash, water/wastewater division manager for Sarasota County. “All the old buildings and old tanks will be removed,” Cash told Siesta Sand back In January, 2015. “You won’t have all the noises, and traffic and chemical trucks coming in and out of there.”

Sarasota County is removing a stretch of “mosquito ditch” on Ocean Boulevard as part of a drainage project to alleviate flooding. One main goal of the project, to be completed by the Sarasota County stormwater division, is to alleviate major flooding on Higel Avenue and Reid Street.

The project would replace an open drainage ditch on Ocean Avenue with a buried pipe while filtering pollutants and debris from stormwater. Replacing the unsightly “mosquito ditch” on Ocean Blvd. and adding an installed vegetated bioswale would also result in a more aesthetically-pleasing ‘gateway’ into Siesta Village. The Ocean/Higel Drainage Improvements project would also alleviate the hazard of having a ditch right off the pavement. The project, estimated to cost a maximum of $412,000, would be funded by the county as a stormwater maintenance project. The project is the result of several years of planning.