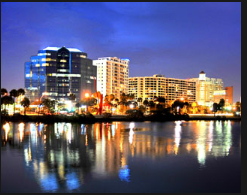 The bust has boomed — finally — in Downtown Sarasota.

After six stagnant years of faltering or non-existent development in the city’s core, developers are well in the process of bringing the heart of the city back to life again.

Scores of new condominiums, restaurants, hotel towers and a batch of municipal-funded improvements are planned or under way.

One of the more exciting projects is the Jewel, a 19-story condo-retail mixed use development at the foot of Main Street fronting the Bayfront. It’s exciting in that 17 or the 18 units — one unit per floor, by the way — have been presold at $1 million each.

On Gulfstream Avenue and U.S. 41 is a proposal to build twin towers, one condo, the other a 275-room hotel. This is a proposed $300 million project.

Payne Park Plaza would have 8,300 square feet of commercial space. It would be located at 1515 Fruitville Road.

There is also a 39-townhouse project in the works for 1750 Ringling Blvd.

Not to be left out of the revitalization mix is a slew of municipal projects proposed or in the works for Downtown. The work includes everything from new sidewalks and other streetscape improvements mostly along Main Street, traffic roundabouts scattered on and off Main, as well as major roundabouts on U.S. 41 during the next few years.

The city is still struggling with how to bring more commercial investors to the middle of Main. A 1920-vintage study pointed out that Sarasota’s core suffered from what was then called a “barbell pattern.” There was growth at the east end of the street at U.S. 301, then Maas Brothers, today the Hollywood 20 cinema. There was growth at the west end of the street, with lots of restaurants and lounges.

But the middle of the barbell has always been lacking in any real vital development other than banks and small shops. The same pattern holds true today.

Nonetheless, the revitalization pattern is a welcome boost to an economy that has definitely been in the doldrums for the past six years.

The Sarasota Housing Authority has been awarded best-in-state status for 2013 by Florida Association of Housing and Redevelopment Officials. The Outstanding Agency of the Year title chose Sarasota out of 85 member agencies.

P.F. Chang recently opened to rave reviews. Located at Mound Street and Orange Avenue, the Asian themed restaurant provides moderately priced lunch and dinner offering for patrons, a lively lounge and an “insider tip” of a happy hour with reduced prices on most menu items.

The Yummy House, on the north trail, is packing in customers for lunch and dinner. It too offers what is billed as some of the best Chinese food around.

Also on the north trail is Le Ahn’s Vietnamese Restaurant. This very reasonably priced eatery is open for lunch and dinner and offers classic fare.

All are worth a visit.