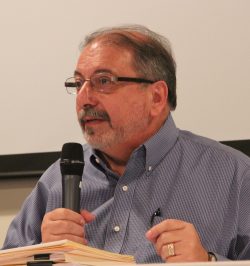 Pressed by two people this week opposed to an initiative calling for shorter street setbacks for new commercial buildings on Siesta Key, Sarasota County Commissioner Alan Maio expanded upon a comment he made during the Jan. 30 commission meeting. 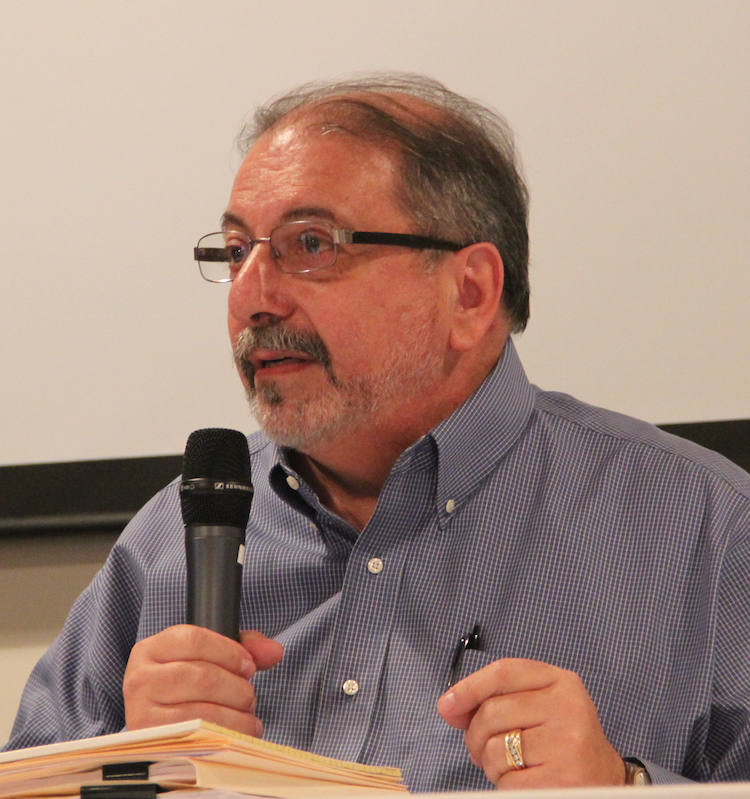 Maio was referring to unanimous commission direction to staff and Sarasota attorney Charles D. Bailey III at the end of a nearly three-hour public hearing on Jan. 30. On behalf of the owners of Clayton’s Siesta Grille, Bailey was seeking an amendment to the Siesta Key Overlay District (SKOD) zoning regulations that would allow new commercial structures to stand just 2 feet from the street, though the amount of setback ultimately would have to be approved by the commission as part of a special exception petition process.

The board members directed the county’s Planning and Development Services Department staff to refine the language Bailey had proposed for amending the SKOD and return to the board on April 11.

Maio had completed an update to SKCC members on a number of Siesta and county issues when Rob Sax, a resident of the Marina Del Sol condominium complex on Old Stickney Point Road, first asked about the setback situation.

“The 500-pound gorilla in this room, in my view, has to do with the prospect the residents face,” Sax said: tall buildings with minimal setbacks for transient housing, adding to the density of the Key.

“What can you commit to us today in terms of your position on that eventuality?” Sax asked Maio.

“I commented in the [Jan. 30] hearing that I want, as a commissioner, the flexibility to make that decision [about the setback],” Maio replied.

During that hearing, speakers had talked about Marina Del Sol having less than the required minimum, 25-foot setback for a commercial structure under the SKOD. As a result, Maio said on Feb. 20, he pulled the file on that project. (During the hearing, a representative of Clayton and Diane Thompson, owners of Clayton’s Siesta Grille, noted that Marina Del Sol stands only 15 feet from the street.)

That situation was possible, Maio explained, because “the commissioners had some flexibility.” Residents “were engaged [in the process]; they wanted Bob’s Boathouse out of there.”

A nightclub that once operated in the area occupied by Marina Del Sol, Bob’s Boathouse had become the focus of numerous noise and other complaints.

Marina Del Sol has density that is slightly higher than 12 units per acre, Maio pointed out. “A beautiful building … and that’s the type of flexibility I want.”

If the County Commission ends up amending the SKOD to allow for shorter minimum setbacks for commercial buildings, he continued, Maio explained, and a project is proposed for one of the three Commercial General zoning districts on the island, a neighborhood meeting will have to be held first. Then “you’re going to get a full-blown Planning Commission hearing in the daylight with the cameras on and a microphone sitting there.” That would be followed by a “full-blown County Commission hearing,” he pointed out.

“Help your commission with a dose of reasonableness, but interaction,” Maio advised the audience members. “I would just implore you all to keep doing that.”

The trolley and the sewer plant

Among other topics Maio touched on during his remarks, he pointed to the success of the Siesta Key Breeze open-air trolley, which the county launched on March 20, 2017. Based on the ridership numbers through January and preliminary figures for early February, he said, the trolley will end up having served about 230,000 passengers in its first 12 months.

That will have kept about 115,000 cars off Siesta roads, he added, based on the calculation that every two trolley riders represent one less vehicle.

The county is advertising a Request for Proposals to continue the service for another three years, he added.

The trolley was not his idea, Maio pointed out, giving credit to Russell Matthes, co-owner of the Daiquiri Deck restaurants; Mark Smith, past chair of the Siesta Key Chamber of Commerce; Michael Shay, past president of the Siesta Key Association (SKA); and Bob Stein, the publisher of Siesta Sand and a past SKA vice president.

Still, Maio said, because “the county was not ready to do anything … I really jumped on [the idea] and pushed it because you all, we all, have a lot of traffic on Siesta.”

Regarding the new master pump station that is replacing the Siesta Key Wastewater Treatment Plant next to the Siesta Isles community, Maio explained that the overall $36-million project included running a new sewer main under the Intracoastal Waterway to the plant site and expanding two county treatment plants on the mainland. Most of Siesta’s sewage will flow to the county facility on Bee Ridge Road, he added. Near the end of the year, Maio said, the dismantling of all the old infrastructure and the formal decommissioning of the plant will begin.

He noted that he has “no idea what we’re going to do with [the site]. It has not been decided. … We will be looking to you all for what happens there.”

However, he continued, “If, somehow, [county staff members] do an end run around my best advice” and settle on a plan without gathering community comments, “You will see me raising my version of hell.”

Whatever does end up on the property, he joked, “It won’t be a 20-story high-rise, I can guarantee you.”