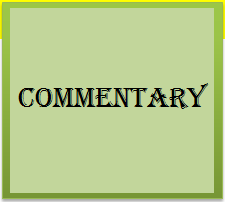 A fifty-year plan to use sand dredged from the ebb tide shoal of Big Pass may turn into a half-century battle over climate change, sea-level rise and the fiscal sanity of beach renourishment.

The City of Sarasota and the U.S. Army Corps of Engineers have a $49 million plan to take sand from Big Pass and use it to renourish Lido Beach. The plan calls for more pumping over the next 50 years.

We need look no further than Longboat Key to the north to see the financial consequences. In 2004, Longboat residents approved a beach renourishment bond issue for $15.6 million. The town came back in 2011 to ask for $42 million more. As if the voters could somehow stop the inevitable erosion of their beaches.

It’s called the King Canute syndrome, after a Danish king who ordered the tide to stop coming in. He did it to demonstrate he was not all-powerful, that even a king had limits.

The syndrome today is defined as “a chronic belief held by an individual or group and/or their supporters that is based on aspirations…not on evidence or practicality of action.”

In the case of Longboat, the syndrome is even built into the comprehensive plan, which calls for using the beach to protect upland structures. When the beach goes away, it’s time to find more sand.

Longboat also uses money from the Tourist Development Taxes of Sarasota and Manatee Counties (the town straddles the county line), state grants and the sales tax infrastructure surtax. But the bulk comes from bonds backed by property taxes.

It’s only federal money
In days past, a mayor could call up a congressman and say, “Hey we need some money back home.” The member of congress would insert what was called an “earmark,” and then horse-trade with colleagues to get approval.

After a litany of “bridges to nowhere,” Congress instituted a new way to spread the Federal wealth. Instead of applying to one of 465 members of congress, you can apply to one or more of the 11,000  federal agencies.

Michael Willis explained the new system to the Sarasota City Commission in mid-November. He’s with the city’s federal lobbying organization, Martow and Co. “Lido got $449,000 this year on the federal work plan,” he said. “This year getting the $449,000 took a little more work, but he [Hurricane] Sandy Assistance Bill was helpful as an emergency supplemental. That’s where it came from.”

Unlike Longboat where local residents pay the bulk of the renourishemnt cost, the Lido Beach project will be cost-free to the city. Alex Davis-Shaw explained to a joint Sarasota City-County Commission meeting, “The Army Corp [of Engineers] covers 62.4 percent. The difference is split between the state and the tourist development tax. Should a storm hit, the Corps has access to congressional funding for 100 percent of the emergency renourishement.”

Who wouldn’t take this deal? Longboat Key property owners would jump at it. The difference is, Longboat likes to keep its beaches private, and is thus ineligible for Corps of Engineers largesse.

Who benefits?
It is no surprise one of the biggest boosters of beach renourishment is the local tourist industry. Virginia Haley is director of Visit Sarasota County. She told the joint city-county meeting Lido Beach “is worth $82 million in direct visitor spending. It creates 3,617 actual jobs.”

In 2009, portions of Lido Beach were restored by the city for $4.6 million, using the same mix of federal, state and local tourist tax dollars. Four years later, Davis-Shaw told the downtown group Lido “is fairly eroded.” King Canute must be smiling.

Longboat Key Town Manager Dave Bullock agrees with the need to protect  the shoreline, not only around his town but on Lido Beach and throughout the entire state. “In a storm, our lift stations are pumping a huge amount of seawater. And we have roads that close,” he said. “Beaches move, but big condos and homes don’t.”

“Across the state we have billions invested in infrastructure along our shorelines. “If you look at the segments of the economy that follow our coast, it’s our major population centers,” said Bullock.  “What’s little Longboat Key going to do alone? We need a state strategy.”

Who loses?
The Army Corp’s Milan Mora told the joint commission meeting, “The project is 1.6 miles long and projects a five-foot berm height from just north of the John Ringling Boulevard. It will need 615,000 cubic yards [of sand] every year, and 400,000 cubic yards to get started.”

It’s a dilemma shared by Longboat. In 2011 Consultant Kevin Bodge with Olsen and Associates told the town commission the island was losing 140,000 cubic yards of sand every year. The loss of sand means the high tide mark creeps higher and higher up the shore, reaching towards the very pricey real estate.

During the joint commission meeting, the county’s former director of coastal zone management testified he “had questions about the assumptions, methodologies and conclusions” that lead to using sand from Big Pass to renourish Lido Beach. “It is premature to seek permits,” said Rob Patten.

Jono Miller is a professor at New College and has studied barrier islands for 40 years.  “The proponents cannot guarantee there will be no impact on Siesta,” he said. “And we need to be upfront with the residents on South Siesta, Casey, Manasota and Venice. Here may not be enough money to do your beaches too.”

“If ever there was a statewide issue, this is it,” said Longboat’s Bullock. “It needs the resources of a state perspective, university research, state funding, state strategies. Where do we fight sea-level rise? Where do we retreat?”

For the sake of Siesta Key beach, it is the opinion of Siesta Sand News that BIG PASS SHOULD NOT BE TOUCHED.  Feel free to email comments to: islandvp@verizon.net