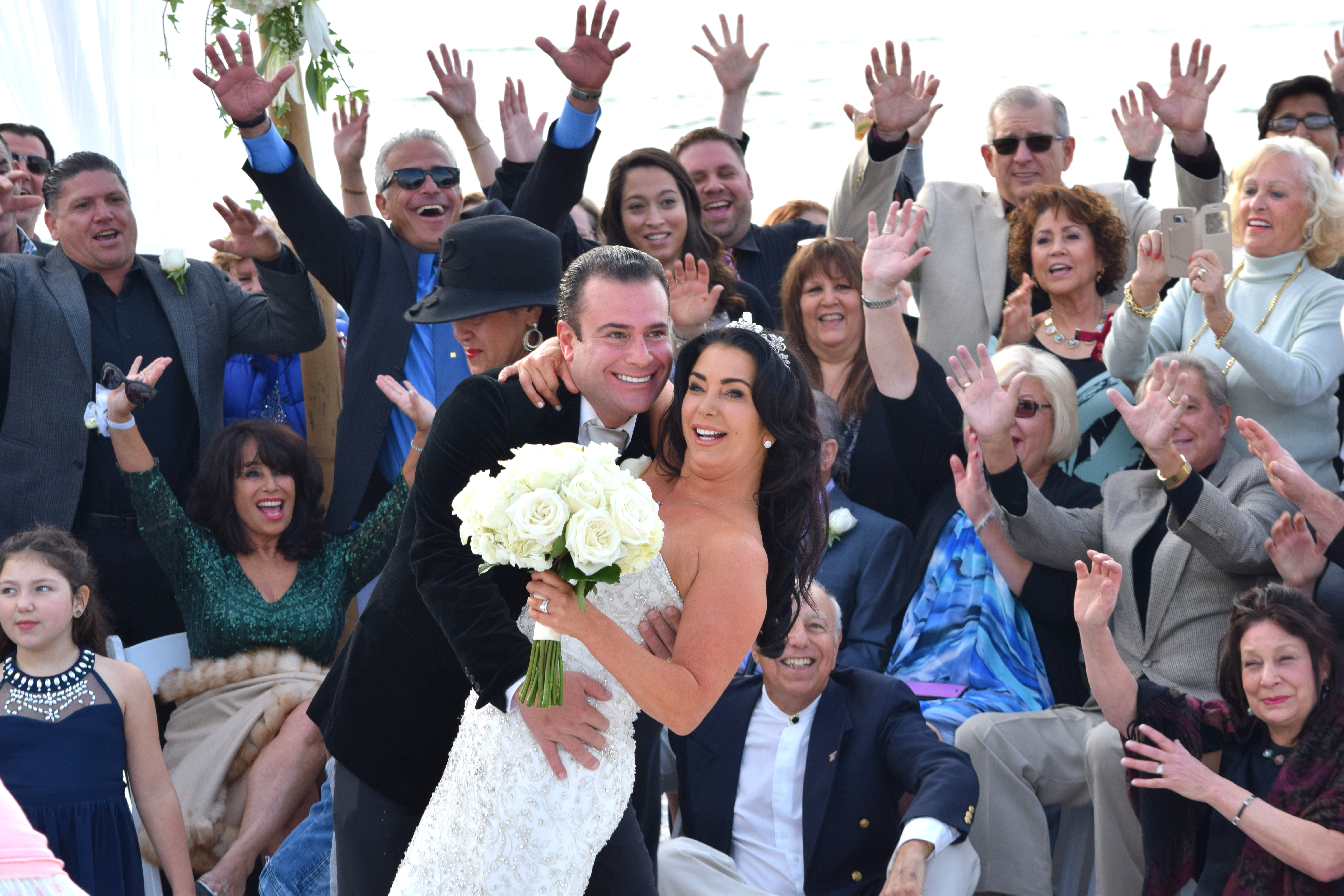 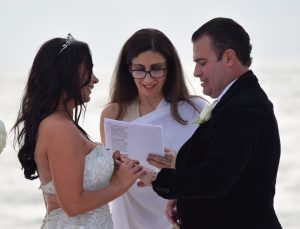 December 9, 2016 turned out to be an unusually cool day for a Siesta beach wedding, but that didn’t deter over 100 family members and friends from gathering to witness the beautiful union of island residents, Ali Marie Ponce and Jonathan Mammana.

The island couple met through mutual friends who, according to Ali, “They were trying to set us up for six months.”

When the two finally made the connection, they hit it off so well, they became inseparable.

For Jonathan, just one look was all it took for him to know his single 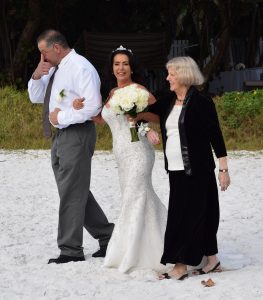 days were numbered.  They spent their second date at Gilligan’s in the Village smiling and kissing like teenagers; both head-over-heels in love.

Ali fondly recalls how, after their second date, Jonathan told her mom that he was marrying her daughter.

“Jon’s smile is as big as his heart,” says Ali; so it left little doubt in her mind that he was the one.

For their nuptials, both bride and groom wanted to include an officiant that was very familiar with them so Jonathan’s sister became a legally-ordained Ceremonial Minister for just this special occasion.  She delivered a touching oration, sprinkled with just enough humor. 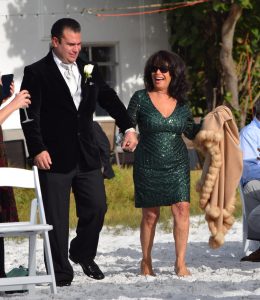 The dinner and reception took place at the Sunset Beach Resort, steps from the beach location of their wedding, and the place where family and close friends stayed to extend the celebration another five days.

A honeymoon is in the works for either Saint Barths or the Bahamas.  In the meantime, Ali will continue working as a massage therapist and esthetician at Siesta Key Massage & Therapy Center, in the Village and Jonathan will return to his work in construction.

We wish the newlyweds many more years of blissful happiness and fun adventures. 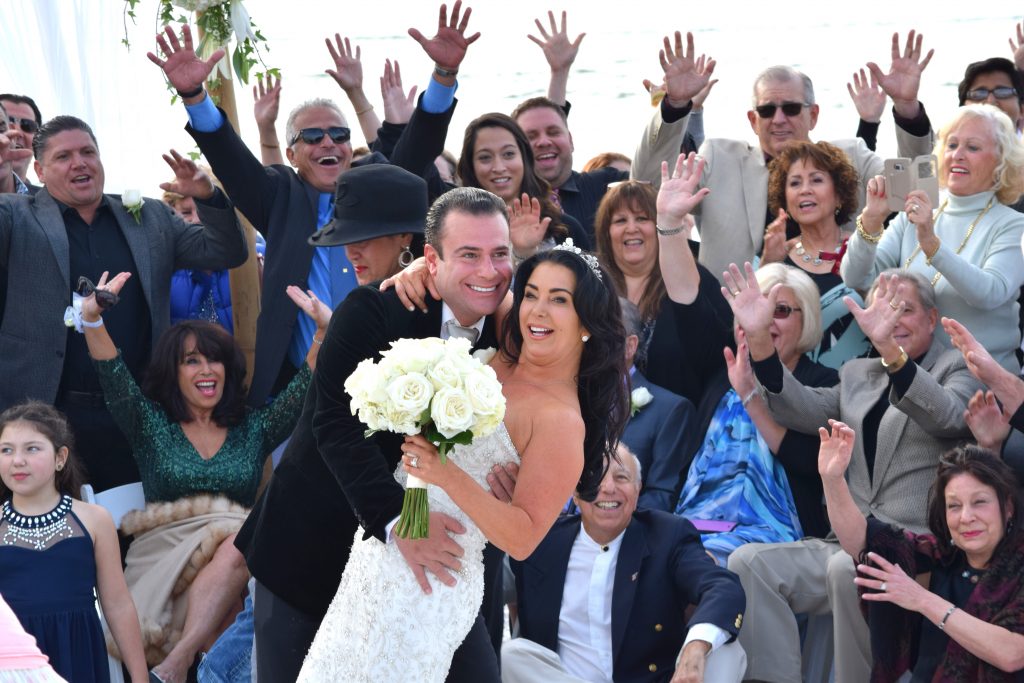