August Arts on the Horizon 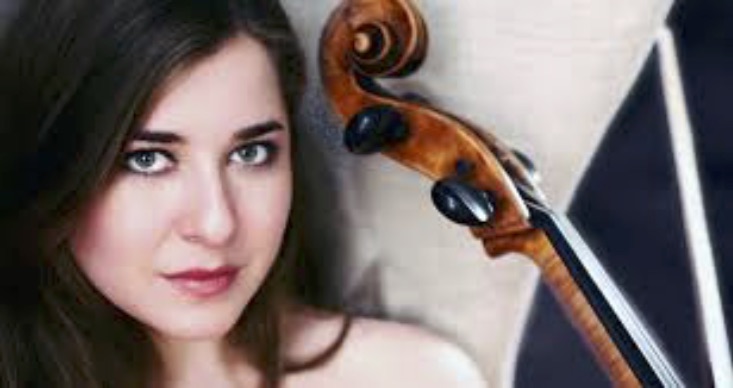 So, how about 12 for 1? Yes, twelve concerts for one low price. When it comes to music – really good music – nothing beats the Sarasota Concert Association. The 12 performances includes the Great

Performers Series which leads off in December with the Emerson String Quartet. Their reviewers use words like “electrifying”, “breathtaking” and “the one indispensable quartet”. Do sheer numbers shock and awe you? Then the Minnesota Orchestra, Royal Scottish National Orchestra and National Symphony of Ukraine will do the trick. And not to worry, at last look, that good Scots lassie, Nicola Benedetti, will be playing her violin rather than the bagpipes. For the Minnesota, the featured soloist will be cellist Alisa Weilerstein – a rare treat for Sarasota.

Performing in February will be Apollo’s Fire. No, Apollo Creed has not gone on national tour, this is a baroque orchestra based in Cleveland that performs on period instruments. They have sold out performances at Tanglewood, in Madrid and at the BBC Proms in London. As a special bonus they will be performing, not at the Van Wezel, but at the Riverview Performing Arts Center at Riverview High School. This is a gem of a concert hall, just right to hear this kind of music, and will be a new and welcome experience for many in Sarasota. The final concert, back at the Van Wezel, is by acclaimed Deutsche Grammophon recording artist Daniil Trifonov. He will be playing in a duo with Sergei Babayan of the Cleveland Institute of Music, his long-time teacher.

That’s six of the 12, what about the others? They are noon Munchtime Musicales held at Holley Hall in the Beatrice Friedman Symphony Center on various Wednesdays from November through April. Performing will be area-based artists – musicians of extremely high caliber who, rather than spend time touring, have chosen to live on the sun coast. This includes the Suncoast Jazz Ambassadors, Aaron and Avis Romm (trumpet and piano), Sarasota Opera Studio Artists, Chris and Jennifer Best Takeda as a violin duo, Hein Jung (soprano) and Grigorios Zamparas (piano), and Alison Sincoff (flute) and Gail Berenson (piano). If you have the time, listen to an hour’s worth of music and then munch a sandwich on a bench overlooking Sarasota Bay.

How has the SCA been able to do this for 73 seasons (350 different performances)? By hiring great artists who might have a hole in their schedule. If an orchestra is playing in Miami on one day and in Boston a week later, they would love to fill an additional day in their schedule by playing in Sarasota – especially in the winter when it is gray and rainy in Boston. It also helps to have subscribers that pay in advance for the entire season and to have sponsors that kick in a bit more to get better artists. Having that money in hand also helps in negotiations with the artist representatives. How can you get more information about this great series? Season tickets may be ordered online after August 15th at SCASarasota.org or by calling the box office now at 941-225-6500. If twelve concerts in six months sounds like too much, single tickets are on sale starting September 1.

You’ve read books in the hammock, on the swing, on the beach, and on the floating raft in the pool. You have binge-watched three 20 part series that were recommended to you by friends. You’ve taken your children or grandchildren to see every animated film that has been released this year and watched Frozen another four times. And still summer goes on. There is heat and there is distraction – you choose distraction. But what to do? What to do?

The Heat/Distraction Index dictates that the more distractions you have, the less you feel the heat. So, read or binge-watch anytime you want, but on Saturday nights head out to the Fandango Cafe to

hear the LaRue Nicholson – Michael Ross – Tom Carabasi Trio. This is a standard guitar – upright bass – drums trio but what is not standard is their level of professional playing. And, yes, they do play standards, but a really good amount of their own compositions as well. This means that this is not cocktail music but something you can really listen to and enjoy. While each of the players have their own following they have played together enough to really get into a groove. Join them at Fandango’s in Southside Village at 1812 S. Osprey Avenue. Still hot after listening to hot jazz? Cool down a bit further the first Monday of each month when Michael Ross joins Herb Silverstein (piano) to play jazz standards at Fandango’s. Or chill out on Wednesday evenings at the Burns Court Café, at 401 S. Pineapple at Dolphin Street, and listen to the Tommy Goodman Trio. Tommy is on piano with Dominic Mancini on bass and Johnny Moore on drums. Just the kind of music one needs while trying to be cool.

Third time is the charm

For fifteen years the Players Theatre has hosted a “New Play” festival where many plays are submitted and five get their first rehearsed reading, and are then voted upon. And three times Llywelyn Jones’ plays have won. Winning was not the end of the process for his 2015 winning play, just one stage of many along the way. There were multiple workshops, and then rewrites after each workshop before this play was in shape to be produced and performed.

Jeffery Kin, artistic director for the Players, has set the world premiere for Jones’ 2015 award winning play “Why Can’t I Be You” for August 23 thru 28 at the Players Theatre (838 N. Tamiami Trail). How to classify this one? Sort of a dark comedy/thriller is what Llywelyn calls it. He got the idea for this play while living in Los Angeles. It seemed to him that he read about another celebrity being stalked just about every other week. Some people just get terribly envious of a star who is rich, lives in a great house, really rocks as a musician, is successful and seems to have it all. Could we be a little like that jealous person? Or is that person a little like us? And just how happy are those really rich successful celebrities? Would we want to trade places? Why can’t we be them? After submitting a play for the 2016 New Play festival and not coming in first, Mr. Jones said he felt like a winner anyway because of all the feedback he received which will help him to make that 2016 play even stronger in the future.

What’s also nice about the 2015 award winner is that it is being performed in the 60 seat Backstage Studio. This means that it is just the Justin Timberlake-like rock star, the stalker and you, all together in a bedroom. The not so nice part is that while the theater space is small and intimate and it is like you are almost one of the protagonists (take your pick), it also means limited tickets. So, call (941) 365-2494 and reserve your seats now.