He won and lost … so that we could win 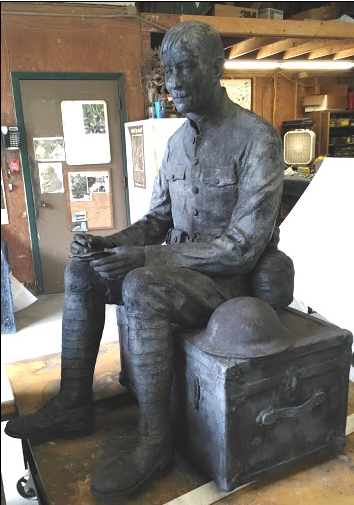 On November 11th, Veterans Day, many will think of our current set of wars – Iraq 1, Iraq 2 and Syria. Yet many more fought, were injured, died in or were traumatized during the Vietnam War, the Korean Conflict and World War II

As we age, memories tend to fade – little details slip away – names of school mates, faces of co-workers, places we’ve been, things we’ve done and, unfortunately, events we should celebrate – they slowly disappear. An event is not just one thing, like a face or place, but a combination of all things – to reference a movie title – The Good, The Bad, and the Ugly. Good in that we, as a nation (and, hopefully, our ideals) have survived. Bad, as in all the terrible things that happen in war. Ugly as in all those things that happen in war that are so much worse than Bad. The Iraq wars, our involvement in Syria, Vietnam, Korea and World War II are events in that they encompass so much, and so many, that we should not forget. Thus we celebrate Veterans Day.

But before we called it Veterans Day, it was called Armistice Day, the day the fighting stopped in World War I.  For some, the fighting in that war stopped a bit earlier than for others.

At the start of the conflict, James Davidson Heriot and his brother had tossed a coin to see who would fight for our nation’s ideals and James had “won” the toss. He, like so many others, trained by marching around with, and aiming to shoot, a wooden rifle, as the US was not prepared for that war and there were no video games on which he could practice and hone his skills.

At the end of his first few months in France his unit was pinned down, and being picked off by, a German machine gun nest located on top of the hill they were to take. Alone, Corporal Heriot, with fixed bayonet, charged that gun emplacement and forced the enemy to surrender. Later that same day, while wounded, he charged another machine gun nest and was killed. World War I ended 29 days later. Cpl. Heriot was posthumously awarded the Congressional Medal of Honor and his body was returned home to Bishopville, Lee County, South Carolina in April of the following year.

A statue sculpted by Mariah Kirby-Smith, commemorating Heriot’s life, titled The Last Letter Home, has just been completed at BronzArt here in Sarasota and is being installed in front of the Bishopville Cotton Museum for an unveiling on November 11th. A 40&8 – a railroad boxcar used in France during WWI to transport either 40 men or 8 horses to the front lines was given to each US state by the government of France when that war ended. The 40&8 given to South Carolina will be incorporated into this memorial with Cpl. Heriot writing his last letter while seated in front of it. More info at Bronzartfoundry.com. 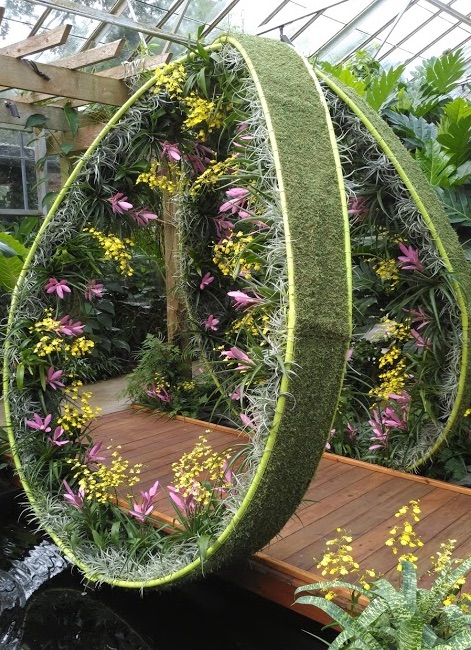 …was a great movie about surfing spots around the world. However, the new exhibit at Selby Botanical Gardens is titled Endless Forms – because, basically, there are an endless number of species of orchids. Not really endless but over 27,000 different shapes, colors and forms does seem kind of endless (twice the number of bird species.) Some of the orchids on display at the Selby have flowers no larger than the head of a pin while others have leaves 5 feet long.

One definition of endless is infinity so, naturally, they (the artistic staff at Selby) have formed orchids into a folded infinity symbol smack dab in the middle of the tropical conservatory, where the bulk of the orchids are on display. Whenever one goes to the Orchid Show It seems astonishing that there are so many different varieties to see. And to smell – it is as if Greta Garbo had been in the room half an hour before – a subtle hint of sensuous mystery.

In the Payne Mansion there are a number of older orchids on display – in triplicate. One version of each orchid is based on a field sketch that is completed and hand colored, often by the original discoverer; the second is a pressed version of the actual flower with scientific notation; and the third, an actual blossom preserved in alcohol spirits. The latter is supposed to last forever (infinity) as long as the vessel that contains it is topped off should any of the spirits evaporate. But there are a couple of new twists to the preservation game. One is a 3D image displayed on a screen: the orchid slowly rotates so that you can see all sides. The other is a similar image displayed flat on a table-like screen where, hands on, you can rotate the image while changing its size. Very high tech but so easy to handle.

Of course there will be an Orchid Evening (November 7th) complete with cocktail reception and entertainment by the Sarasota Cuban Ballet School. While on the 14th there is a lecture on What Really Turned Darwin On. With so many mutations creating those 27,000 species, orchids gave Darwin many clues about the origin of the species. The Orchid Show runs through November 25th (Thanksgiving weekend.) Throughout November there are classes on painting, flower arranging, print making, yoga, aromatherapy, and photography. More information at  Selby.org.

Also on Thanksgiving Weekend (November 25th), there will be music and dance at the Sarasota Opera House. Specifically a tango mass – Martin Palmeri’s Misa a Buenos Aires – from Argentina, first presented in a 17 country tour in 1996. This major composition was written for orchestra, chorus and solo voices and will be performed by Sarasota’s Key Chorale, led by Joseph Caulkins. The combination of the driving and twisting tango music with the chorale’s many voices should be most pleasing.

Another piece, Misa Criolla by Ariel Ramirez seems to be a combination of South American guitars and percussion, blended with vocal overtones of Carmina Burana. Rounding things out are performances of two Astor Piazzolla pieces – Primavera Portena and Libertango. Joining the singers and other musicians will be dancers from the Sarasota Ballet in a piece choreographed by Elizabeth Bergmann. In addition, there will be a Behind the Music lecture one hour before the concert and a complimentary post-concert reception afterwards.

Quite apart from the music the Key Chorale will be presenting in November is the music that they have presented previously. In addition to ticket information on their web site (KeyChorale.Org) there is information about their new CD – Arise: Choral music of the Norwegian composer Ola Gjeilo. This includes two world premieres commissioned from Mr. Gjeilo. The Key Chorale is joined on this CD by members of the Sarasota Orchestra. The Chorale’s fundraiser, Perfect Pitch, will be held at the Sarasota Yacht Club on November 12th. Through May of 2019, the Key Chorale will be presenting an additional six concerts. The music will range from Christmas music, a concert honoring Heroes (our first responders), Mendelssohn’s Elijah, and Fauré’s Requiem, to their joining with the Circus Arts Conservatory under the big top at Benderson Park.