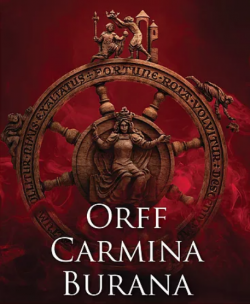 Arts on the Horizon
By Rodger Skidmore

The Washington Grays baseball team started in Homestead, PA and played for 38 consecutive years, most of its later years in Washington, DC. The Washington Grays of Philadelphia were a volunteer army regiment formed in 1822, and there were three Washington Grays regiments in New York State. Of all these Washington Grays, only one, the 8th Regiment, based in the Bronx at the Kingsbridge Armory, had a march named for it. So, if you are not at an Orioles spring training game at 3 p.m. on Sunday, February 25th (they play the Red Sox), attend the Suncoast Concert Band at Church of the Palms on Bee Ridge Road, and hear this march. It was written in 1861 by Claudio Grafulla, and is a mainstay in US parade and band repertoire. While there will be a Sousa march (there usually is), there will also be two pieces by Percy Grainger – “Ye Banks And Braes O Bonnie Doone” and “Themes from Green Bushes”. The George Washington Bicentennial March and Scott Joplin’s The Entertainer, will also be on the program. The theme for this concert is “February Potpourri” which is French for “February grab bag of good things.”

Time for a question. Do you have tickets for the Orioles game against the Phillies on Sunday, March 25th or will you be attending the Suncoast Concert Band’s concert at Church of the Palms on that date? This venue seats over a thousand, is comfortable, has unobstructed views, and is air conditioned. Unfortunately, they don’t sell popcorn.

March’s theme is “Spring to Bach and Bernstein” and will feature a world premiere of a composition by Johannes Bach. To be a bit more exact, a world premiere of Leonard Murphy’s arrangement of Bach’s Passacaglia and Fugue. How many world premieres of a work by Bach have you heard? What else will you hear on March 25th? How about two pieces by Leonard Bernstein to commemorate his 100th birthday – A Musical Toast and a selection of pieces from West Side Story. And, get this, a euphonium solo – “Un Bel Dei.” How many people even know what a euphonium is? One clue is that its name comes from the Greek word for “sweet voiced.” And if you can’t get enough of that instrument, it is then joined by a flute when you hear “The Elephant and the Flea” played by Nada and Mike Montgomery. Second clue is that the elephant is represented by the euphonium. 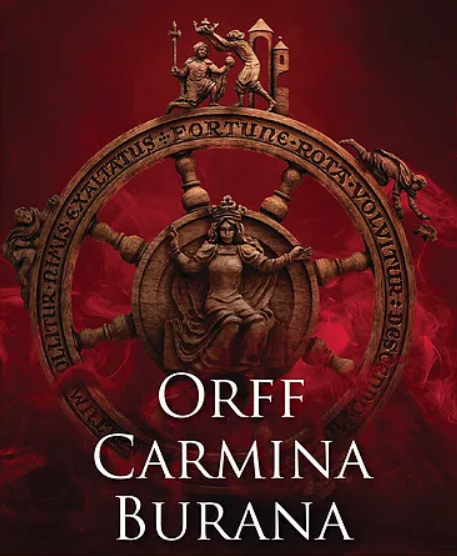 The Choral Artists of Sarasota are laying it all on the line on February 3rd at the Church of the Palms on Bee Ridge Road. One of the most transcendent works in music is Carl Orff’s Carmina Burana. Not just the music itself, which was written in 1935/36, but the  choral singing of poetry from the 11th thru 13th centuries in the style of Gregorian chants from the 9th and 10th centuries – a most wonderful blending by Orff. The Carmina Burana is a series of 254 Latin poems and texts which are often satirical in nature. But fear not, Orff composed his music around only 24 of those poems so we are not talking about an all day, all night performance. And by keeping the Gregorian chants in Latin one can perceive the voices as being a single low monophonic musical instrument. Of course the English version of the poems is also fun to read. A partial translation of one is ….hateful life first oppresses and then soothes as fancy takes it; poverty and power it melts them like ice…. The untranslated text, when sung with the meaning intact, gives a most ominous tone. So much so that it has been used in many movies (The Hunt for Red October, Natural Born Killers, Joan of Arc and Oliver Stone’s documentary on The Doors) and at every Pittsburgh Pirates home game.

Many ballet companies have mounted quite exciting productions of Carmina Burana and the Choral Artists of Sarasota have enlisted Leymis Bolaños Wilmott and Sarasota Contemporary Dance to choreograph a new piece for Carmina Burana in Motion (yes, another world premiere). The Sarasota Young Voices will augment the chorus along with the dynamic range provided by Catherine Wethington, soprano; Timor Bekbosunov, tenor; and Jason Sterns, baritone. There will be two pianos and a percussion ensemble to provide the background beat. More info at www.ChoralArtistsSarasota.org. And yes, this is the group formally known as Prince (I mean Gloria Musicae). Want more music? These choral artists will be doing Brahms’ Requiem and Clara Schumann’s Piano Trio in G Minor at First Church on April 15th at 7:30 p.m., you may wish to attend after sending in your income tax forms (check included) – just joking, the 15th is a Sunday, so taxes aren’t due until Monday.

No, not the war, just the civilians who supported what led up to the war. The Iron Guard, a fascist group in Romania, was formed in 1927 and the playwright Eugéne Ionesco, a student in Bucharest, watched his fellow students being recruited, one by one. Ionesco saw the dichotomy develop between reasonably well to do students and their families, who felt they were slowly being left behind in a faltering economy, and similar Romanian’s who did not see that there was a specific group that could be blamed for what occurred. The leaders of the Iron Guard shared many of the beliefs of Nazi Germany and so allied themselves with the Germans when war became imminent. And when one buys into a set of beliefs, it is hard to disentangle oneself when approaching the edge of a precipice – if one sees the precipice – and/or if one sees that one is entangled.

Perhaps Ionesco could see this dichotomy because his father was an ultra-nationalist Orthodox Christian (81% of Romanians are) ready to support anyone or any group in power, and his mother was a French Protestant from a Jewish family that had converted to Calvinism. He grew up living within two belief systems and during his formative years saw how they began to tear apart his country.

Ionesco’s play, Rhinoceros, written in 1959, takes place in a small French town where, one by one, all the residents turn into rhinoceros (plural is the same as the singular, hence, one by one, the ones become like the many). The people that have directed or played the leads in this play, over the years, are phenomenal – Orson Wells, Laurence Oliver, Joan Plowright, Michael Gough, Maggie Smith, Eli Wallach, Anne Jackson, Jean Stapleton, Zero Mostel (Tony award), Gene Wilder, Karen Black and Benedict Cumberbatch. This play seems to be as valid today as it was when first experienced, written and performed. The adaption is by two-time Tony award winner Frank Galati and will be running at the Asolo Rep, February 7 – April 14. David Breitbarth will play Jean Berenger (Mr. Breitbarth has performed in over 75 productions at the Asolo Rep). More info at www.AsoloRep.org.

NOTE: The Tony Bennett concert that was cancelled due to Hurricane Irma has been rescheduled for 8:00 p.m. at the Van Wezel on February 10th.