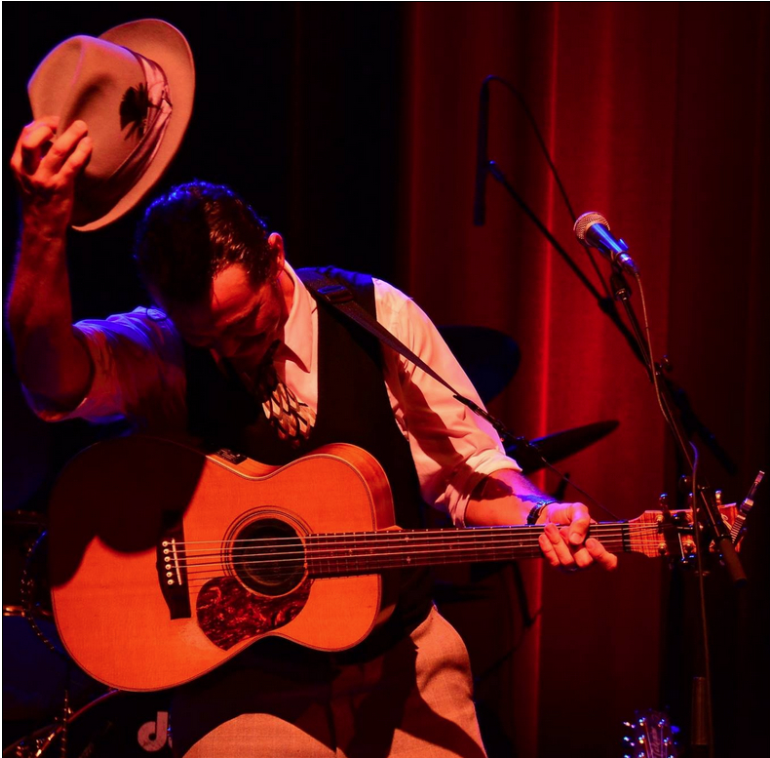 An interview with Dean Johanesen 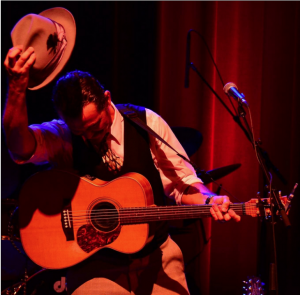 Dean Johanesen is truly a remarkable artist in his ability, professionalism and dedication. His unique sound is unmistakable and his show is polished, but casual, with each song revealing more depth to his talent than the next.

I knew of Dean and his music, mostly from area festivals and from songs I wore the needle through on Reverbnation…crystal clear, technically amazing and written from the heart.

WPT: How long have you been playing on Siesta Key?

Dean: About three years. It took me awhile to get out here, because I play so many originals, but then I met Cort (Farris) and he was very kind to me. He booked me into the Cottage. Some of the management heard me there and thought I’d be a good fit for The Hub as well. I’ve been playing both places ever since then.

WPT: Are you from this area?

Dean: No, I’m originally from New York, and I’ve also lived in Indiana, Las Vegas and Atlanta. I moved down here in 1999 with a 5-piece rock band and we played here for a few years until the band broke up and I started playing solo gigs. In fact, we used to play the Beach Club, when it was a rock club.

WPT: When did you start playing guitar?

Dean: I got my first guitar when I was 12 and didn’t really take it out of the case until I went to high school at 14 and saw other people playing, joining bands, making music and socializing. I guess you could say it was the community aspect that won me over, because while I found it hard to be inspired just sitting alone practicing in my room, sharing the music with friends was rewarding. Of course nowadays, discipline kicks in, because life is too busy to wait for inspiration to strike.

WPT: When did you start writing original songs?

Dean: My writing began with a journal I kept when I was in my teens. I wrote poetry that gradually evolved into songs. In New York, I played in a band that would bookend the show, by playing cover songs for the first and last sets and playing all originals in the 2nd and 3rd sets. We always got a better response from the audience for our own songs, because we played them with more passion. I enjoyed the classic songs we covered, but about that time, I had a life changing conversation with my roommate, who was a phenomenal bass player. He asked me what the cover songs meant to me. I was caught off guard by the question, because up until then, music was a job I loved. He told me that music should mean something to me every time I play. He was right and it inspired me to get serious about writing.

WPT: It’s interesting too, that as you gain life experience your perspective changes as does the subject matter of the songs that move you.

Dean: Yes, I’ve had experiences with people who used to come to see my rock band in Atlanta and come out now, expecting to hear the music we played back then, but I have to explain to them that those songs were from a different time in my life. I was in my 20’s trying to figure things out and not always happy about it. That music was an expression of the anger I’ve outgrown.

WPT: Did you start singing about the same time as you began to write songs?

Dean: No, I originally just wrote songs for other people to sing. I didn’t see myself as a singer until I got tired of being let down by singers who wouldn’t show up or drank too much or forgot the words. So, when the band got hired for a party and we didn’t have a singer, I gave it a try and it worked. I went on to take lessons and practice to get better and even sang exclusively in the band in Atlanta.

WPT: How often do you play the Hub and the Cottage?

Dean: I play every other Monday at the Hub and every other Wednesday Night at the Cottage.

WPT: Where else do you play?

Dean: Most of my gigs are in Tampa, Lakeland, St Pete and Clearwater. I also try to tour about 12 days per month through the South East and I’m going out to Texas in March for the 7th year in a row to perform there during the South by Southwest Festival.

WPT: How did you get into touring?

Dean: When I went solo, I decided I’d like to tour a lot more, so I just did it. The first couple of tours were tough, because I didn’t make much money and even had to sleep in the truck. Every time I go to a new market, I have to start at the bottom, because no one there knows me, so my goal is to work each new area until I become somebody there. It’s much different than a local gig, because I have to earn every bit of recognition I get. I have to play gigs, figure it out and build a reputation.

WPT: So do you just cold call places that feature artists unknown to their respective towns?

Dean: No, I search for venues and study them to find places that are likely to like my music and then I send my press pack and make certain they know what I play, before booking the gig. I get about 50 “no’s”, before I get 1 “yes”, but once I do find a good fit, and get a “yes” they let me know what dates might work and I piece a tour together by linking venues and cities.

WPT: What styles and genres can people expect to hear at your shows?

Dean: I feature an eclectic catalogue, from singer/songwriter acoustic type music to Americana stuff. I do a lot of Spanish instrumentals and Gypsy Jazz like Django Reinhardt stuff too. I also do originals inspired by Gypsy Jazz, which I’ve been calling “Circus Swing.” It’s kind of like Vaudeville and “hot club” swing stuff with stories I wrote about the circus. I like to mix it up and try to keep it interesting for the entire 3 hours.

WPT: What are your career goals?

Dean: I want to keep getting better at everything I do. Singing, playing, writing, performing the music business…everything. I want to maintain control over my music as much as possible and I want to tour the country fulltime and expand into other countries as well.