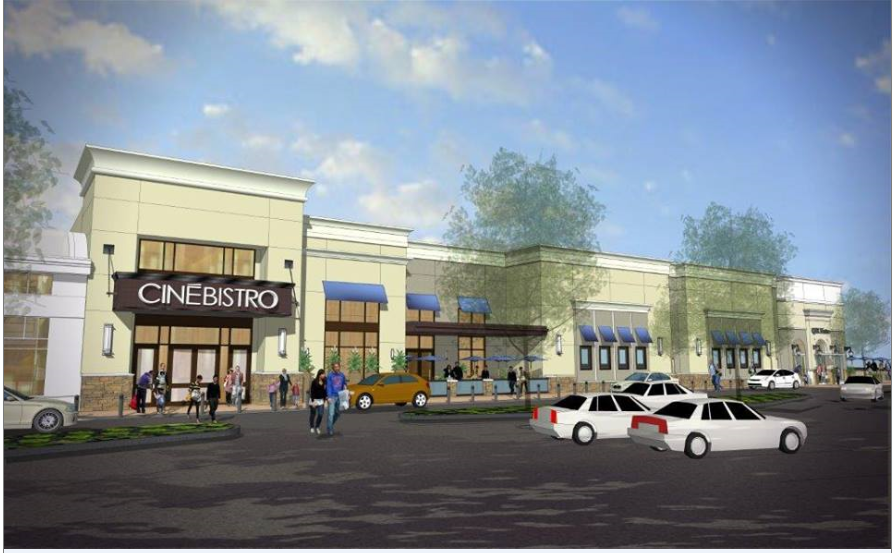 Despite concerns over traffic congestion and ever-increasing intense development in the area, and after nearly two hours of discussion, Sarasota County commissioners unanimously approved a plan at a special meeting to add another 600,000 square feet of retail and 100,000 square of office space to the University Town Center bringing the hub's total footprint to about 2.6 million square feet of commercial development.

The zoning approval will allow Benderson to build more big-box stores with up to 60,000 square feet each, garden centers with outside merchandise and late-night outdoor dining. No tenants have been announced for the expansion, slated to be built near the new $315 million UTC mall, which Benderson opened last fall at the intersection of University Parkway and Cattlemen Road with developer Taubman Centers Inc.

Nearly 1,800 homes and 500 hotel rooms can also be built on the site. Benderson made some concessions—enough to win support of the board that had twice previously delayed a decision. Benderson says it will develop the expansion in phases and include wetland protections on the 281-acre property.

Residents who opposed the plan cited gridlock along the University Parkway corridor, which already is congested by county standards and has become more crowded than almost any other area of Southwest Florida, state records show. 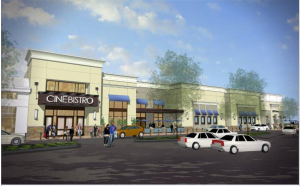 Movie and dinner? The night out combination will be available to mall goers at the new 35,000 square foot, seven-screen CinéBistro Theatre. The theater is slated to open at Westfield Southgate mall early next year, according to the mall.

Last month Westfield Southgate and Cobb Theatres released a rendering of the new CinéBistro Theatre and posted the rendering via social media.

The loss of Sakes Fifth Avenue, which moved from the Southgate mall to the Mall at University Town Center, hasn’t been all bad, as it opened up space for the new theater—expected to become a model across Florida for newer theaters.

Updates on the theaters opening comes amid the Westfield mall’s planned transformation to “Westfield Siesta Key.” The mall’s owners characterize the shift from traditional shopping center to a “boutique-inspired retail destination, designed to appeal to sophisticated shoppers.” According to recent media accounts, the mall's owner has so far spent $8 million revitalizing the property.

CinéBistro will feature first-run movies and offer adults who are 21 and older oversized, reclining leather chairs and in-theater, full-service dining. As the name suggests, the theater will feature a chef-created "American Bistro" menu with daily food and drink specials. CinéBistro also will host a contemporary dining lounge and patio with a large wine list and both classic and specialty martinis. Those settings will be open to customers even if they are not seeing a movie.

Sarasota has reeled in a retail newcomer to Southwest Florida. Confirming rumors and elating local anglers, on July 6, Bass Pro Shops confirmed plans for a new store at the proposed Fruitville Commons development, according to a news report in ABC 7 WWSB. The new 80,000 square foot store will be the company's first Southwest Florida location.

The Bass Pro Shops Outpost store will be the anchor store in the development, which will be located north of Fruitville Road and east of Interstate 75. The store is slated to open in 2016, and the company expects to hire 200 full and part time employees for the store, which will be the 14th in Florida.

The whispers about Bass Pro coming to Sarasota started when a 2013 Bass Pro catalog listed Sarasota as a future location, along with other locations that have since confirmed stores.

The Sarasota location plans include an Uncle Buck's Fishbowl and Grill, which features a 12-lane bowling alley.

Sarasota County earned improved ratings from the Insurance Service Office this year. That means that both individual homeowners and business owners could see a savings on their insurance rates.

The Insurance Service Office, or ISO, reviews operational efficiency of Fire Departments across the nation by conducting thorough evaluations of protection levels within the community. They base their ratings on information including dispatch, water supply, response times, staffing, equipment and fleet levels, among others.

The rating system ranges from 1, which is the best score, to a possible 10, the lowest score. ISO uses a matrix and calculations to review a fire department's operation as a measurement of their capability to respond to structure fires. Previously, Sarasota County received a "3" rating within the urban boundaries, and an "8 B" rating in rural areas. The county has now improved to a "2" rating in urban areas and "2 Y" in the rural areas during this evaluation.

"This is an example of the county's continued efforts to provide the highest level of service possible with the resources we have," said Sarasota County Administrator Tom Harmer. Potential savings to the individual homeowner and business owner will vary based on the insurance provider. The new ISO rating will take effect October 1, 2015.

The results are in: the newest Sarasota County Sheriff's Office Mounted Patrol horse will go by the name "Freedom."

Earlier this month, the public was asked to choose one of five possible options listed in a survey posted to the sheriff’s office’s social media sites: Courage, Legend, Citation, Valiant or Freedom.

After more than 1,000 votes, Freedom was the clear favorite, chosen by 24 percent of participants. Freedom, a six-year-old Bay Thoroughbred, stands 16.2 hands tall and was donated to the agency by the Carson Springs Wildlife Conservation Foundation.

He spent time learning alongside an experienced horse and patrolled retail centers last Christmas as well as Siesta Key Beach during Spring Break.

Construction will be ongoing for several months as crews build a modern roundabout downtown at the intersection of Orange Avenue and Main Street.

The intersection will be temporarily closed through Septembers as crews build the roundabout and relocate utility lines, according to the city of Sarasota. Limited traffic will be allowed through the construction area from approximately September 30 to early November, when the project is scheduled to be substantially completed.

To help with the flow of traffic, Adelia Avenue, temporarily will become a 2-way street through the duration of the project.  Adelia Avenue parallels Orange Avenue to the east. The city put Electronic message boards in position last month to notify passersby of the temporary intersection closure. Detour signs were also in place directing drivers to use State Street or Lemon Avenue. Since Lemon Avenue is closed each Saturday morning for the Farmers Market, City of Sarasota staff coordinated with the Farmers Market to ensure signage is positioned each week to direct motorists around the detours.

The Orange Avenue/Main Street roundabout will be the fourth roundabout built within downtown since 2010.  The first was constructed at Five Points, followed by one at Ringling Avenue/Palm Avenue and another at Ringling Avenue/Pineapple Avenue. “Roundabouts are consistent with the City’s transportation plan to increase traffic flow, particularly during peak drive times, while simultaneously creating a more pedestrian friendly environment,” said City Engineer Alex DavisShaw.  “Roundabouts are safer for pedestrians as well as motorists, plus they’re more aesthetically pleasing.”

As part of the improvement project, several aging utility lines will be relocated underground. New crosswalks will be added to the area, brick pavers, landscaping as well as a signature public art piece will be placed in the center of the roundabout.

To minimize traffic impacts, as directed by the City Commission, the roundabout is being constructed during the off-season and is expected to be substantially completed by Veterans Day (November 11) and the return of seasonal residents.

A recent search and rescue in Sarasota Bay led to a happy ending.

According to US Coast Guard, watchstanders from Coast Guard Station Cortez received a 911 transfer call from Sarasota Police Department of a man on a disabled boat reporting he had seen two people fall off of a personal watercraft. The call came at about 10 p.m. A Coast Guard response boat was launched, and the crew pulled a man and woman out of the water. They were wearing life vests. Rescuers took them and their watercraft to the 10th Street boat ramp in Sarasota. No one was injured.

Commission Chair Carolyn J. Mason has been selected to receive the 2015 Lifetime Freedom Award from the NAACP's Sarasota County Branch, it was announced last month. The award is presented annually to "an individual with a verifiable history of community service and civic activism focused on the preservation and protection of civil and human rights," according to the organization.

Mason is a Sarasota native who grew up in the Rosemary District, historically an African-American community. She said she has seen tremendous progress in racial issues and civil rights in the county in her lifetime, and she has played a large role by serving on both the Sarasota City Commission and Sarasota County Commission.

"I'm happy I've been able to play a part, to give back to a community that's given me a whole lot," Mason said.

Mason is scheduled to receive the honor at the 30th Annual Freedom Awards Banquet on Oct. 8 in Sarasota.