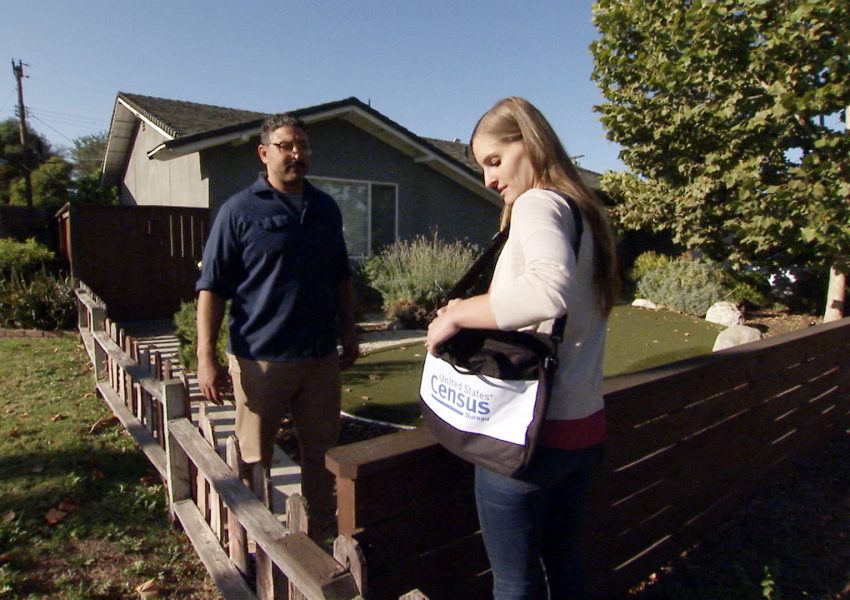 In mid-March 2020, U.S. Census mailings began arriving in the mailboxes of Siesta Key and Sarasota residents. At the same time, the Corona virus also became a part of our everyday lives.  The Siesta Key beach closed to the public on March 21,  and 10 days later on April 1, Florida Governor DeSantis ordered all Floridians to stay at home. Despite this unfortunate coincidence, as mandated by the US Constitution, The Census Bureau continued to work toward completing a census every 10 years.

This summer, Census workers will reach out to residents who have not responded to the 2020 Census, either online or by phone. Outreach to officials at colleges, senior centers, prisons, and other facilities with large groups of people also continues.

When responding to the Census questions, The Bureau asks residents to keep the date of April 1, 2020, in mind. “Tell the Census Bureau where you lived as of April 1, 2020,  and include everyone who usually lives and sleeps in your home,” reads an official Census statement.  For those who have not completed the Census, it is not too late to be counted.  “We are encouraging everyone to respond as soon as you can,” said Census Bureau Director Steven Dillingham.  After two more reminder mailings, The Census Bureau will send out paper questionnaires. According to the Bureau, all personal data reported on Census forms is protected and sealed for 72 years. The deadline for responding to the 2020 Census, by mail, phone, or online, is October 31, 2020.  By law, in December 2020, The Census Bureau must deliver apportionment counts to the President and Congress.

As Siesta Key and Sarasota residents move beyond the time of Covid-19, the results of the 2020 census data will have far-reaching effects on the lives of Siesta Key and Sarasota residents for the next 10 years.  During this time of recovery, a new Census webpage (https://2020census.gov/en/community-impact.html) sheds light on how Census data will shape our lives on a local, regional and national level.

“Responding to the 2020 Census is key to shaping the future of your community,” Census Director Dillingham stated.  Census results will determine the fate of billions of dollars in federal funding that will flow annually into communities such as Siesta Key and the greater Sarasota region for the next 10 years.  Those federal dollars include federally funded local programs for schools that support teachers, special education and school nutrition; wildlife conservation; housing assistance for older adults; the arts; transportation, as well as numerous other issues. Federal Pell Grants, a large financial aid program for college students is also determined by Census data.  Businesses, large and small also use Census data to determine what products to sell, where to find more workers and where to locate. (Note to current job seekers: The Census Bureau is still hiring for temporary part-time positions.)

Census results also shape the makeup of the US House of Representative, State Representatives, and State Senators.  Currently, Florida has 27 Congressional seats. At the time of the 2010 Census, the state had 25.  Due to the state’s population growth, Florida’s districts were redistricted or redrawn to adjust for population growth.

Those who have not yet responded to the 2020 Census can easily complete the form online at:  my2020census.gov.  To speak to a Census Bureau Customer Service Representative (who by law, must maintain your privacy and keep your information private), phone lines are open Monday – Friday from 7 am – 2 am Eastern Standard Time (EST).  For English, call: 844-330-2020, for Spanish call 844-468-2020. Additional Census Representatives are also available to speak with residents in 14 other non-English and non-Spanish languages during the hours of  Monday – Friday, from 8 am – 10 pm (EST).  To find the direct dial phone numbers for those additional languages, visit: www.census.gov and click on the link, “Contact Us.”  Those who are deaf or hard-of-hearing may call the TDD number at: 844-467-2020.

When reporting those who lived in your home on April 1, 2020, the Bureau asks that only one person respond and that the person responding be at least 15 years old. They should live in the home or place of residence themselves and know general information about each person living there.

With months left to complete the effort before the October 31, 2020 deadline, The Census Bureau has been teaming up with private sector businesses and other government offices to get the word out. Even “The Count” on Sesame Street has been urging parents and kids to “Make Your Family Count,” ensuring an accurate count that includes every baby and child.

Catherine Luckner, President of The Siesta Key Association of Sarasota, Inc., noted that completing the Census forms in the midst of the Covid-19 shutdown may have slipped the minds of many Siesta Key and Sarasota residents, but now she says, “we are waking up – lets be counted and get this done!”

Sarasota County is working to communicate with residents about the 2020 Census. To date, some 95,000 utility bill inserts have been made and  8,500 book marks and postcards created. They are being distributed through county library curbside pick-up and in coordination with Sarasota County Schools meal distribution.  Special signage for SCAT buses, pop-up quick screens, sandwich boards, feather flags and posters for display at county facilities and partner agencies was also designed.

“I am urging Sarasota residents to participate in the Census because there is so much at stake,” said Florida State Representative Margaret Good, who represents Siesta Key and Sarasota in the Florida House of Representatives. “The Census determines how much federal money goes to our community for infrastructure, healthcare, education, public transportation, and most importantly disaster relief. I am counting on everyone to do their part and ensure that our district is fully represented, so we can get the resources we need to sustain our growing community.”

“When you respond to the census,” The Census Bureau reports, “you help your community get its fair share of the more than $675 billion per year in federal funds.”