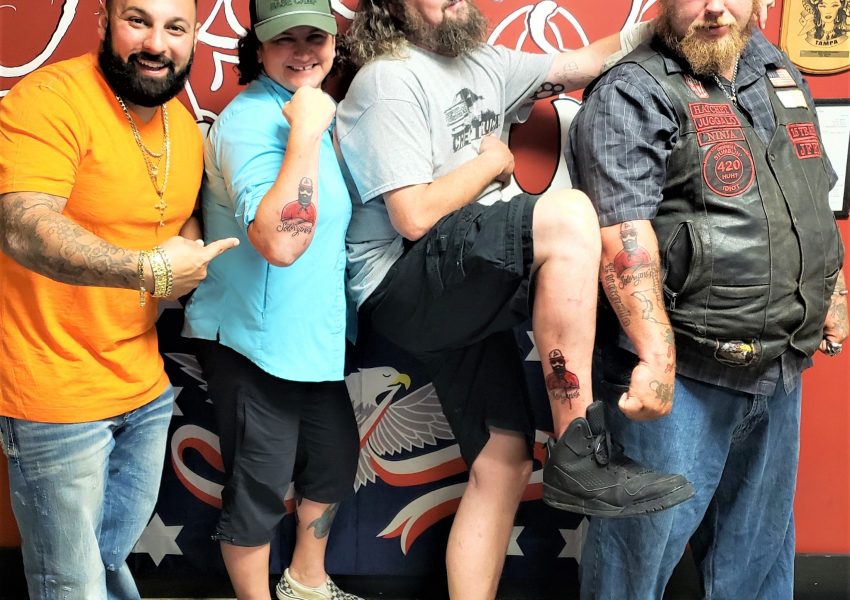 A brash, fast-talking guy who grew up in Hoboken, New Jersey, he is more than happy to tell people about all of the accolades his Solorzano’s Pizzeria pizza has earned over the years.

“We have received the Trip Advisor ‘Best Pizza’ for four years in a row, and we’ve been voted ‘Best Italian Cuisine’ on that site for the past two years,” he said. “We also just won ‘Best Pizza’ in the 2019 Sarasota Magazine poll. There are over 150 pizzerias in Sarasota, but we do things the right way here and we have the best food around.”

Solorzano has been working in restaurants his whole life. His grandparents immigrated from Naples, Italy to New Jersey, where they opened several pizzerias, and that’s where his parents, Carlos and Franca, originally met. Needless to say, both his brother Carlos Jr. and Phil (Filippo) grew up working in the family business.

In 2003, the two siblings and their parents moved down to the Suncoast for good, after falling in love with the area on a family vacation. By 2004, Solorzano’s Pizzeria Siesta Key had debuted, occupying the space of a former butcher shop on Avenida Madera.

He says that all the locations of the family’s restaurants perform well, but the Siesta Key site is especially well-positioned.

“We’re doing great here,” he said. “We’re the oldest pizzeria in the Village and the oldest business on the block.”

Phil asserts that he doesn’t need to place advertisements for his restaurants, since word of mouth about good food travels fast in Sarasota. But he’s also a prolific poster for his business on social media, especially Facebook, and he’s always trying to come up with new and different ways to draw attention to his restaurants.

After he had a new Solorzano’s Pizzeria logo created a couple of months ago, Phil came up with his newest promotional idea and this one is causing quite a bit of buzz. The concept is this: Customers who get a tattoo applied on their body of the new logo can get one free slice of pizza a day—for life–at each of Phil’s restaurants. That means that if you have the tattoo, you can visit the Siesta Key, Gulf Gate, Venice and soon-to-be Longboat Key locations every day and get a free slice at each stop.

You might say, “There’s no way that anyone would get a restaurant logo tattoo for free pizza.” Well, you would be mistaken. Phil says that since the promotion first began more than five weeks ago, there has been a minimum of three customers per day who have volunteered to get the tattoo.

If you get the work done at the Liberty Tattoo Club on Stickney Point Road, Phil will even pay for the tattoo. He says there are several rules you need to follow in order to participate.

“First, they (the customers) message us on Facebook saying that they want to do it, and we will ask them to call Liberty Tattoo and make an appointment, if they want to do it for free,” he said. “Then they need to send me a picture of the stencil of the logo tattoo and then another picture when it’s done. Also, after it’s done, they need to post it on Facebook and Instagram, tag us and give the restaurant a five-star review on Trip Advisor. Then we pay for the tattoo.”

Whether you use Liberty Tattoo or your own tattoo artist, after the work is done, you can walk into any of Phil’s pizzerias each day they’re open, show your tattoo and get your free slice. He’s also doing some side promotions around the tattoos, such as when he makes Facebook posts about t-shirt giveaways and special pizza prices for those who have already received their tattoos.

So far, the response has been enthusiastic, and Phil plans to keep the campaign going as long as customers want to participate. One thing is for sure, he will likely not be the person to turn his back on a successful promotion, especially not one that elicits the “free advertising” that this one does.

“The fact is that we have a great product, and people will talk about us even more,” he said.

Solorzano’s Pizzeria Siesta Key is located at 215 Avenida Madera, and is open every day, from 10:30 a.m. to midnight. For more information, visit the restaurant’ Facebook page at https://www.facebook.com/solbrospizza/ or call 941-349-2767.