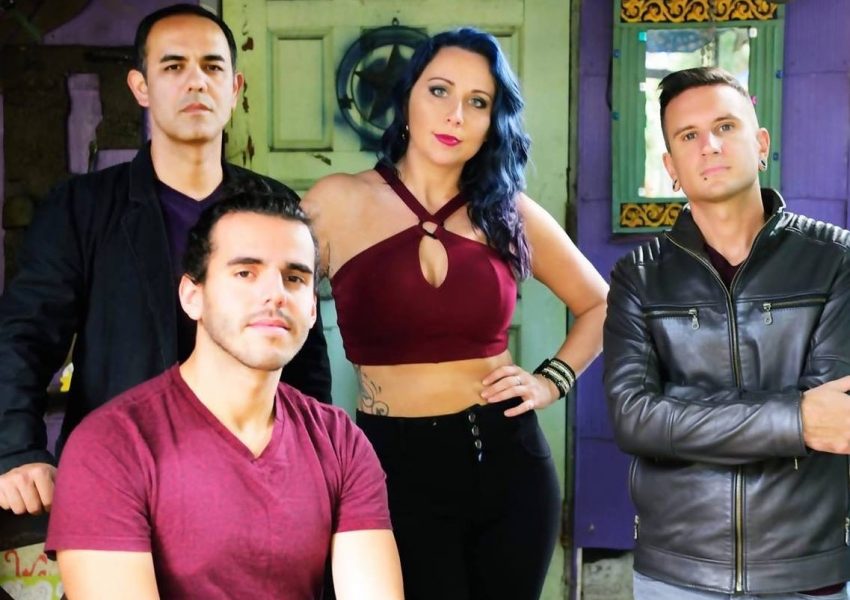 Bands love playing the clubs on Siesta Key. The crowds are a great mix of locals and visitors from not only all over the country but the world, and people who go out to hear live music and dance are usually a pretty happy bunch. But not just any band can get gigs here. If you’re going to play a major club in the heart of the Village, like the long-time granddaddy of them all, The Beach Club, you better bring you’re A-game. Pleasant as the audience may be, they’re also probably the biggest mixture of dancers and music lovers you’ve ever played to, and the club managers know these patrons’ expectations are high. Plus they come from all over not only the country but the world, so you can bet there are going to be a lot of different expectations of whoever is up on that stage. This isn’t a bar that attracts the same people looking for the same kind of music … rock, jazz, country or whatever … every night of the week. Along with the local regulars, you’re going to be playing to people who want to listen and dance to all different kinds of music (depending where they’ve come from) throughout the night.

Perhaps one of the most versatile bands to work the stage is Mixed Signal, who usually play the Beach Club at least once a month. Even the B.C. regulars never tire of this foursome thanks to their making good on their band slogan “Mix it up with Mixed Signal.” And mix it up they do, playing (as their web site www.mixedsignalmusic.com tells us) “… a blend of awesome vocals by all four member with lights and music that will keep you dancing all night!” Pick your genre: rock, oldies, country, disco, Top 40 … music from the 1940s through today, they offer a little of something for everyone.

The young woman who hand-picked each band member and put Mixed Signal together is Melissa McGhee, a talented vocalist who has been singing, she says, since she was four years old. In 2005, she aced the tryouts for and competed on American Idol (and came out in the top 12 of the season). This was followed by a time of touring such fun and impressive venues as the 4th of July Bash with Taylor Swift and Jason Aldean, the Musicians’ Hall of Fame in Nashville, the World Sailfish Contest in Key West and in front of the Hillsborough Teachers’ (all 20,000 of them!) Convention.

When she put Mixed Signal together, she chose fellow players who were capable of performing a wide variety of styles on the same level as her vocals:

Bass player Vince Mini had been performing in the southwest Florida music scene for about 20 years and already had a glowing reputation when he and Melissa met. Drummer Dru Underwood almost slipped through her fingers, taking off to go backpacking in Viet Nam for a few months before being snapped up to join Melissa and Vince when he returned to Florida. Lead guitarist Sebastian Tenorio-Vallejo stopped by a Mixed Signal gig when they were looking for a guitar player, sat in for a couple songs and, as Melissa says, the original threesome immediately looked at each other and agreed “Oh yeah, he’s the guy!” Melissa describes Sebastian as the newest, youngest member of the band and “a tremendous asset.”

The foursome enjoys playing the Beach Club for a lot of reasons … their Friday/Saturday slots (from 8 to 11 p.m.) suit them well and they enjoy the energy of the audience. You can catch them there this month on December 27, and they’re currently booked with the B.C. through 2020. Their calendar (https://www.mixedsignalmusic.com/shows ) is already filling up fast as more and more people reach out to them at gigs and through their website and Facebook pages in hopes of hiring them for private parties. Melissa says she doesn’t see any major changes for the band in the year ahead: “Our goals for 2020? We have a lot of new material rolling out, as well as new corporate gigs and weddings.”

Meanwhile, you’ll find them in the heart of Siesta Village one weekend a month from 8 to 11 p.m. at the Beach Club. Check their online calendar https://www.mixedsignalmusic.com/shows for other locations … and when you go, be sure to wear your dancin’ shoes.