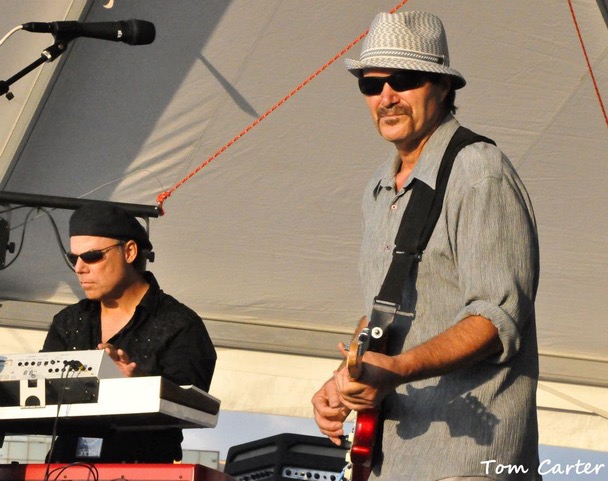 The soul of Billy Seward

If you’d like to check out one of the most respected soul singers in our area, that would be Billy Seward. Other musicians sing (no pun intended) his praises and cite him as exceptional… and have said as much right here in this column. Just last month when we brought you keyboard player/vocalist extraordinaire Mike Kach (of Dickey Betts and Great Southern, among others), Mike told us that “…when it comes to old time R&B and soul, Billy has got it down. He is just brilliant. You can tell he really loves that music and he really nails it.”

Apparently it’s kind of a mutual admiration society; Billy has nothing but good things to say about the talent he gets to work with here. “I get to play with the best guys in town and it’s really a pleasure,” he says.

Describing himself as a “late bloomer,” Billy didn’t pick up the guitar until he joined the Marines in the 1970s. “The (Viet Nam) war was over … but just barely,” he recalls. “I started out by learning blues and did play in some blues bands after my time in the service, but they also touched on soul and … though rare for that time … a little reggae.”

After the structured daily routine with the Marines, Billy went in another direction, living what he describes as “sort of a bohemian life for 10 years or so, till about 1986.” A good part of the 80’s was spent living in Chicago, where Billy really honed down his style by listening to soul singers in the little clubs there. But after a while, he says, he “hit a stopping point and decided I wanted a ‘normal’ life. Got married, settled down, worked a straight job.”

This was followed by about 15 years living in San Diego. Though playing music may have taken a back seat to the respectable business of earning a steady living installing sound systems for his employer’s customers, he kept his hand in it by playing on an amateur basis in California.

“I got to jam with some top-notch players there,” Billy remembers.

When his employer went out of business in 2010, he got to play even more. For a while he kept working independently for his past clients at the now-gone business, but after a while it was time for another change. That’s when he moved to Sarasota, Florida. He dug in on the music and started writing some of his own songs while still following such influences from the 60s and 70s soul scene as Curtis Mayfield, Tyrone Davis, O.V. Wright and others he’d been turned on to when he lived in Chicago.

Since then his music career has just propelled him along with invitations to play with bands from the Gulf of Mexico to the Ohio River, which has kept him busy running back and forth on 75. This month, an old Sarasota boy who also spent time playing music in the service came back from L.A. to play again with Billy: Neil Larson ( https://neillarsen.net/bio/ ), who went to Riverview High School with several classmates who later turned into local music luminaries. If all goes as planned, Neil is scheduled to work with Billy again (along with old friend Burt Engelsman and drummer Steve Camilleri) on November 15 at Gilligan’s in Siesta Village. Billy says of Neil, “He’s an amazing, other-worldly player who always has some interesting stuff happening. You just get him up on stage and let him go!”

Billy says he always loves playing Siesta Key as this was the hunk of southwest Florida that first captured his heart when he visited a buddy who was living on the beach there in 1980. “Those were the early days. I loved the people… met (the late) Rock Bottom, John Lambie… one of my earliest musical memories of this area is seeing Dickey Betts playing in 1980 at the old 5-0 (Clock Club) with Gregg Allman sitting in the audience. Man, I sat there looking around and listening and I thought, “Yeah… this is all right!”

Flash-forward to the present: Billy’s son, Will, is also a musician and they work together sometimes, collaborate on some tunes in addition to their solo writing, keeping the old traditions going while building some new one. If all goes as planned, one of their joint efforts just might be featured on the upcoming recording Billy has planned, which will be the follow-up to Better Place, a recording he did in Memphis (and you can get a taste of at https://tinyurl.com/y2orj68f) and his 2016 Chicago-recorded release South Shore (https://airplaydirect.com/music/billyseward/ ).

Be sure to check out the Gilligan’s gig on Friday, November 15 from 6 to 10 p.m. for some great music, and for more music from Billy Seward check out https://tinyurl.com/y43pqzvq .