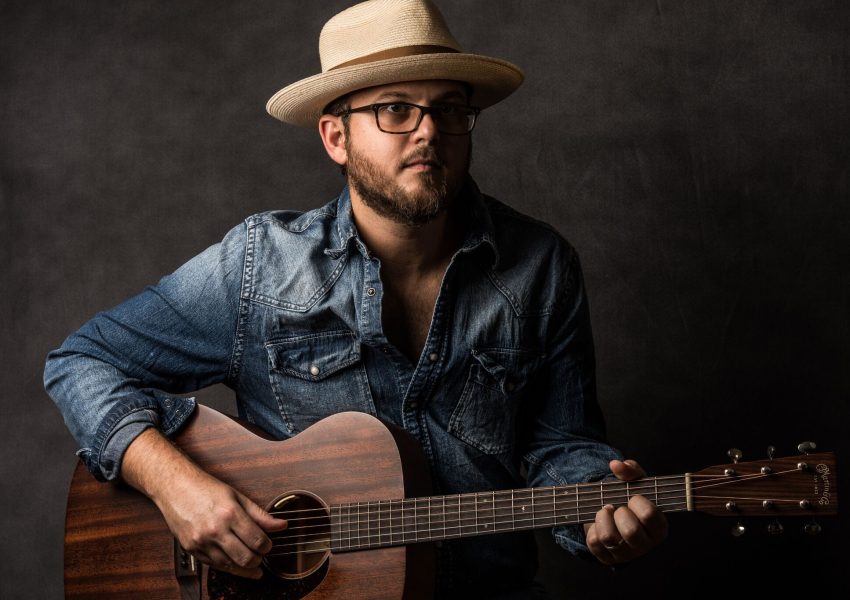 It’s no surprise here in southwest Florida to meet people from any major city in the world and even places you’ve never even heard of in your life. What is unusual is to meet someone who is not only an actual Florida native, born and raised here, but one whose professional music career began right here on our own little Siesta Key. Such is the case with Justin Layman, born in Sarasota and raised in the Lockwood Ridge and University Park area, attending Lakewood Ranch High School (Class of 2004), and starting his music career by playing at the Siesta Key Oyster Bar (SKOB) open jam. Trifecta!

His nice normal family consisted of a younger sister (now married and the mother of two, living in Bradenton) a mom who cut hair and a dad who worked for UPS. Life was idealistic as he grew up playing baseball and secretly teaching himself guitar.

“My mom didn’t even know I’d learned how to play until I got up on stage in a church talent show,” Justin laughs.

He went on to play more and more music, in groups at church and “little rock bands” throughout high school. (Baseball had gone by the wayside when Justin, a pitcher, suffered a shoulder injury.) Songwriting came to intrigue him; he describes his projects as both prolific and painstakingly slow.

Understandably, this means he usually writes alone rather than collaborate as his music comes to him at its own pace and can’t be rushed. Which is fine. He ends up with what he wants and is proud to share.

There was just one point where Justin left Florida for a couple of years, and he says the motivation was (of course) a girl. He lived in New York for two years (2013-2015), married fellow musician Sara Nelms and then they moved back here four years ago; they now happily settled in and have a 15-month-old baby girl named (wait for it) Brooklyn! This happy high point has slowed his music work a bit, says Justin …  concentrating first on married life and now enjoying raising their daughter … but he’s now getting back into playing as well as continuing to write and explore some new sounds.

You may have seen and heard Justin on the Key when he’s played the Beach Club, Blasé Café, Gilligan’s, or of course the place where it all started, Siesta Key Oyster Bar. Daiquiri Deck has also been a frequent venue for Justin and will be again through September as he plays their Happy Hour every Saturday from 3 to 7 p.m.

“I’ve had bands in the past” Justin says, “but the noise ordinance (Sarasota imposed) made it pretty hard for professional musicians to work with drums and a group of players.” Many of them ended up leaving the area or going to smaller configurations … solo or duo acts… in order to keep working.

While he enjoys his solo work, he’s also learned ways to get a fuller sound by using looping and even doing a bit of an updated one-man-band act; he plays guitar with his hands and a drum and high-hat with his feet. The result is a bit more sound that just a guitar and provides, he jokes, “quite a workout” at the same time. He’s also been focused on the sounds of both the White Stripes and the Black Keys recently, which is something of a departure for him. Mostly he “gears the music to the audience” and does covers “especially those you don’t usually hear other bands play.”

In addition to getting back into the groove of playing out, Justin’s maintaining a Facebook page where he frequently offers live video feed of his gigs when circumstances permit

( www.facebook/JustinLaymanMusic.com), a ReverbNation web site (https://www.reverbnation.com/JustinLayman), and a podcast (www.justinlaymansterms.com) where the posted purpose is “to talk to others about their experiences in the music industry, and share his own stories.”

With three albums under his belt and a good deal of touring miles already logged in New York and Florida, Justin says he’s looking forward to more of the same as well as enjoying his family life to the max. Shouldn’t be too hard to do here in Paradise when you’ve got so much going on. And now he’s passing it on to the next Layman generation of native Floridians … even if she is named for a New York neighborhood! We wish them the best and are glad they’re sharing their joy, music, and next generation right here with us.