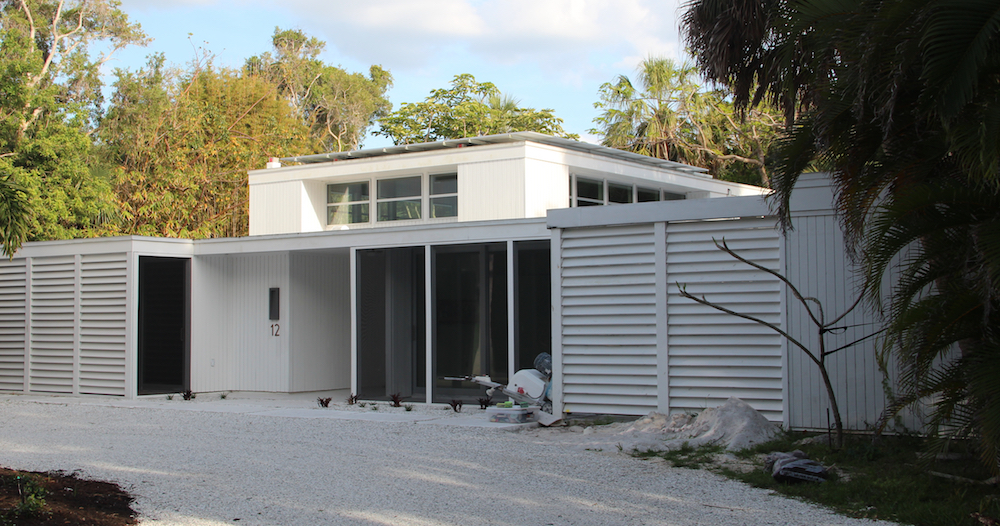 It took the owners of a historic Siesta Key house longer to complete the rehabilitation of it than Sarasota County guidelines allowed them, one of them has explained to the Sarasota County Commission. Nonetheless, the board unanimously agreed with the couple that they should receive the 10-year property tax exemption for which they had applied.

The commissioners granted the request of Robert and Janet Stein after a 9-minute public hearing on April 24. The tax exemption period will begin retroactively — on Jan. 1 — and end on Dec. 31, 2027, according to the resolution the commission approved.

Robert Bendus, manager of historical resources for the county, explained during his presentation that the house at 12 Rockwell Lane was designed by “acclaimed architect Tim Seibert.” He added, “It is a classic example of the Mid-Century Modern lifestyle … associated with the Sarasota School of Architecture.”

The house, Bendus said, was built in 1958. It is in the Sandy Hook community on the north end of Siesta Key.

Bendus referenced the “simple square plan, its geometric lines, its broad roof overhangs and extensive use of glass.”

In 2007, he continued, the commissioners unanimously voted to designate the structure — known as the Boden-Wilson House — as an historic site.

Under the guidelines of Chapter 66 of the Sarasota County Code, Bendus explained, historic sites within the county may seek an ad valorem tax exemption for restoration, renovation or rehabilitation work. However, to be eligible for the exemption, a project must satisfy specific criteria, as determined by the county’s Historic Preservation Board:

Bendus added, “The Historic Preservation Board has certified that the rehabilitation of 12 Rockwell Lane meets all the criteria for an ad valorem tax exemption.” County staff made site visits during the process to ensure the work was consistent with the appropriate standards, Bendus noted.

A staff memo provided to the commission in advance of the April 24 meeting says that in 2015, the Sarasota County Property Appraiser’s Office valued the improvements of the property at $71,000; $57,300 of that was for the house, while $13,700 was for extra features. The overall cost of the rehabilitation, the memo adds, was $480,000.

Sarasota County Property Appraiser Office records show that the Steins bought the house from Marjorie L. Friedman, trustee, for $570,000 on April 25, 2011. The total market value of the structures and land in 2017 was $954,600, the records note.

The initial approval of the Stein’s pre-construction application was granted on Jan. 28, 2014, the staff memo points out. To comply with the two-year deadline for completion, the memo says, the work should have been finished by January 2016. However, the project was not completed until May 2017.

During the June 27, 2017 Historic Preservation Board meeting, the memo continues, “the applicant stated that significant delays were incurred primarily because of an unscrupulous terrazzo floor contractor whose work had to be removed and replaced.”

On April 24, Bendus told the commissioners that the Historic Preservation Board recommended they waive the two-year construction requirement in this case. “Staff was able to conduct its post-construction inspections and determine the rehabilitation is consistent with the earlier approved plans,” the staff memo says.

Moreover, the memo continues, “staff recommends the [commission] consider a code amendment in the future which grants staff discretionary authority to extend the two-year window for good cause shown by the applicant …”

After Bendus completed his remarks, Robert Stein addressed the board. “My wife, Janet, and I bought the property actually seven years ago tomorrow,” he said. “It’s been a long process. Quite an education.”

They wanted to extend their appreciation to the Historic Preservation Board members for their guidelines and encouragement, Stein added. “We met with them many times before we got approval.”

The house “was in significant disrepair,” Stein pointed out. He and his wife have added new electrical; plumbing; and heating, ventilation and air conditioning systems to the structure, he said, along with new windows and doors and a new roof. “We’ve rebuilt the house. Our house is now sound and will be here for many years to come.” 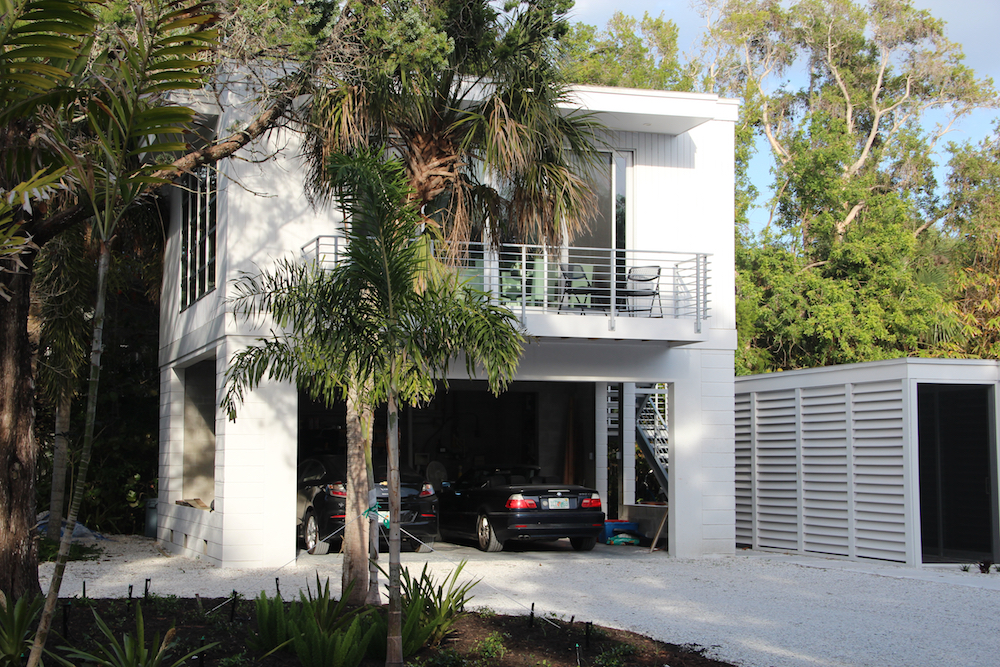 Part of the project entailed adding a carport with living space above that, Stein added. “I think that the new structure complements the original in a very nice way. I’m very proud of the work we’ve done.”

Stein also told the board members that if any of them are on Siesta Key in the future and would like to stop by, he and his wife would be happy to show them the house.

With no comments from any other persons, Commissioner Alan Maio made the motion to grant the 10-year property tax exemption, and Commissioner Paul Caragiulo seconded it.

The 4-0 vote reflected the absence of Chair Nancy Detert, who had left the meeting at the lunch break because she was feeling unwell, Vice Chair Charles Hines explained.