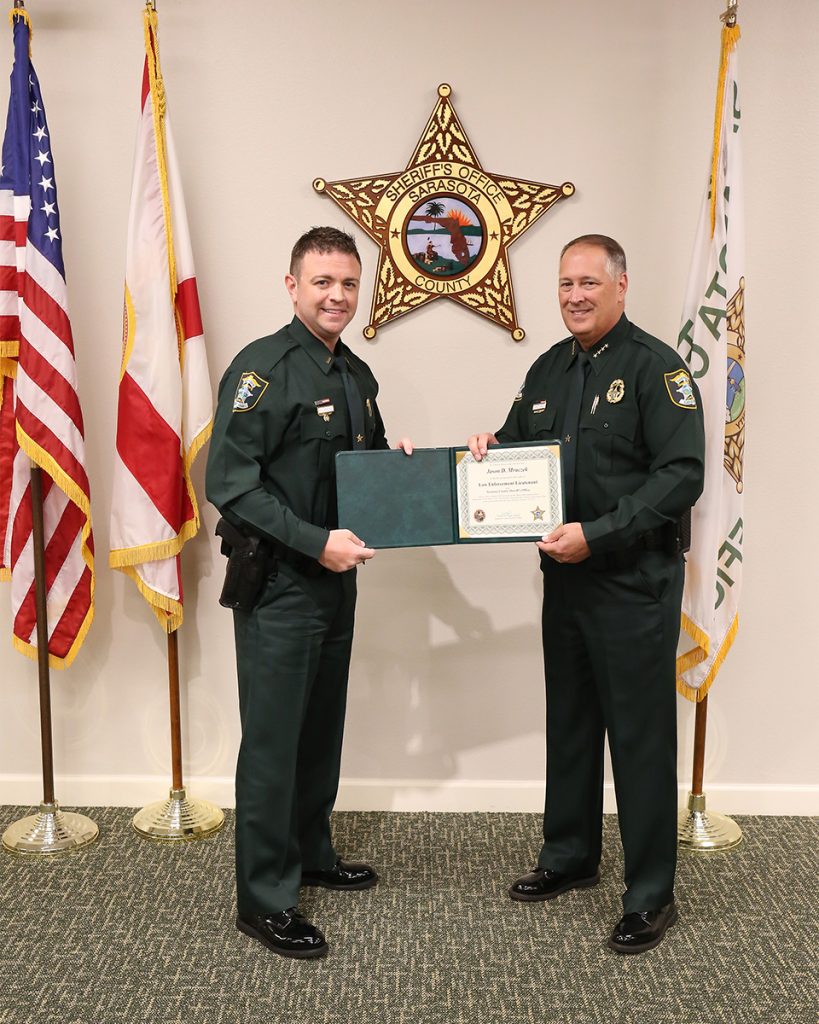 As a deputy, Mruczek had worked on the island in years past. In 2014, he was promoted to sergeant. As of Oct. 18, Mruczek is a lieutenant.

A Sheriff’s Office announcement about recent promotions included that news, adding that Mruczek had been assigned to the office’s Law Enforcement Division.

In response to a question, Mruczek wrote in an Oct. 18 email, “[Y]es I have left the key. They should have my replacement by the end of next week I hope.”

A Sheriff’s Office news release about the promotion notes that Mruczek began his law enforcement career in 2000 as a public service aide with the Rochester Police Department in New York. “He earned his law enforcement certification in 2002,” it adds, and he was hired by the Sheriff’s Office in 2003. Mruczek worked in the Patrol Bureau for several years before transferring to the Siesta Key substation.

The news release noted that Mruczek graduated from the Sheriff’s Office Leadership academy in 2014. Twice, it said, he has been nominated for Employee of the Month.

Additionally, the release continued, Mruczek has taken several advance courses through the Florida Department of Law Enforcement. Most recently, he graduated from FBI-LEEDA’s 306th Command Institute for Law Enforcement Executives. (FBI-LEEDA is a nonprofit corporation whose members are primarily “chief executive officers of law enforcement agencies, directors and commissioners of public safety, and elected sheriffs throughout the United States and numerous foreign countries,” its website says. Its mission, the website explains, is “to advance the science and art of law enforcement leadership and promote the exchange of information to improve law enforcement management practices through training, education, and networking among police professionals across the United States and beyond.)

“Mruczek earned his associate’s degree from Monroe Community College and continues to work towards obtaining his bachelor’s degree,” the release concluded.

This reporter can add that Mruczek was always very fast to respond to emails, which is a big help to any news publication.