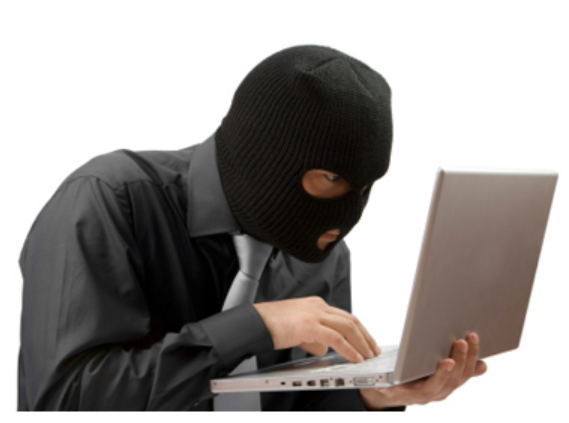 WORK AT HOME! Great opportunity. Be your own boss working from home. Acting experience helpful but not required. Prior criminal experience a plus. Those with a conscience need not apply. Fun, entertaining work convincing folks you have their best interests at heart when actually (and here’s the fun part) nothing could be further from the truth! Unlimited leads, especially in areas like Florida where millions of unsuspecting retirees are ready to hand over their cash. By following a few simple rules, the chances of ever getting caught are virtually nil! Call today and get started on your new career path tomorrow!

While you may never see a job description like this, make no mistake, it reflects a career choice many morally challenged individuals are pursuing in ever increasing numbers.

Pity the poor old-school scammers. They're still out there, knocking on doors trying to sell you unneeded goods and services. Their stock-in-trade? Cons like the utility department scam that has recently resurfaced locally.

In this vintage ruse, you get a card in the mail appearing to be from the water department offering to test your home’s water for free. But if you agree…surprise! You'll hear you need a whole house purification system they just happen to have available…for several hundred dollars.

But in yet another example of economic creative destruction, a new, more dangerous breed of scammers is slowly supplanting these old-schoolers.

The traditionalists routinely get caught and convicted, mostly because they're physically connected to the cons they run. That’s not the case with the new kids on the block. They don’t even need to be on the same block, in the same town, state, nation or even on the same continent to ply their trade. They can be anywhere. And that’s what worries fraud investigators like Detective G. Steve McDowell of the Sarasota Police Department.

"The trend is away from people coming to your door with some kind of roofing or construction fraud,” said McDowell in a recent interview. “That kind of scam is still out there, but it’s not as widespread. It’s much easier for people to do scams online or over the phone. You can sit in the comfort of your own residence and reach a much wider audience.”

And do so anonymously.

“Right now we’re seeing more use of voice over IP and internet phones,” he explained. “A big provider is Google. They offer a service where all you need to get an account is a computer line. You don’t have to give your name or any personal information. You can do everything anonymously – create email accounts, setup voice-over-IP and it’s pretty much untraceable.”

"Or you can just go to the store and buy a 'tracphone' that comes with free minutes," he continued. "You don’t even have to give your real name. There’s a lot of ways that you can get a phone number that’s untraceable to you.”

There are also programs available that let scammers mask or change the caller ID listing that appears on your phone when they call, so you think you’re speaking with a legitimate business or organization you’ve dealt with before.

Once they’ve got you on the line, cloaked by an untraceable connection, the scammers are halfway home. Think of it as a burglar making it into your home. Now all they need is to get the goods and make their getaway. Technology gives them a big edge here too.

“Another trend we’re seeing is services like MoneyPak by Green Dot, where instead of getting a prepaid debit card you go down to the local Walgreens and buy a MoneyPak and load it with however much money you want. If you give out the card's number to someone on line or on the phone, it’s just like handing them cash…”

So an updated version of the utility scam described above becomes all but untraceable. McDowell recounted a recurring scenario that has crossed his desk recently: “A business or resident gets a call from someone claiming to be with FPL. They're told their power will be disconnected by 5:00 PM unless their overdue bill is paid by the end of the day. They’re instructed to go to Walgreens and buy a MoneyPak in the overdue amount and call back with the card number.”

Once the scammer has the number, they’ve got the goods and poof! They’re gone.

So what can you do to protect yourself? You can’t possibly keep up with every scam that’s out there, much less the scores of new ones that pop-up every day. Instead, experts say, concentrate on the fraudsters' process. And always be skeptical, just as you would if approached on the street. Often, when we're at home we feel safe…in control. But in today's world, that can be an expensive luxury.

Remember, the person you're communicating with – either online or by phone – isn't necessarily who they say they are.

For all their high tech cloaking devices, there’s one essential ingredient these folks need to pull off their fraud. And it's something you  must provide: Trust. But trust should be earned, not given freely. Any legitimate player will understand the reasonableness of taking ten or fifteen minutes to make a call in order to check things out. If, not, then that’s perhaps the biggest red flag you're dealing with a scam.

If the caller says they're from FPL, get your latest FPL statement and call the customer service number to confirm the caller's story. Or call the non-emergency number at the Sarasota Police Department or Sheriff's office.

As President Reagan famously commented at the signing of the INF treaty with the former Soviet Union in 1987: