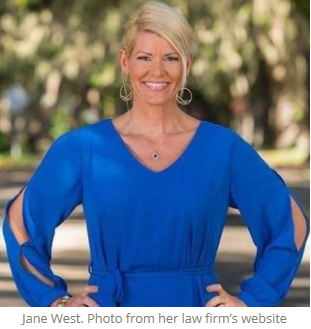 As Save Our Siesta Sand 2 (SOSS2) Chair Peter van Roekens had vowed, the nonprofit is heading to federal court in an effort to stop the proposed dredging of Big Sarasota Pass to renourish about 1.6 miles of South Lido Key Beach.

In an SOSS2 newsletter released to supporters on July 9, van Roekens wrote that the organization has retained Jane West Law of St. Augustine “to pursue all options at the federal level, including violations of the Endangered Species Act, the National Environmental Policy Act and other federal statutes” implemented to prevent the type of destruction to natural resources expected from the Lido Renourishment Project, as designed by the U.S. Army Corps of Engineers (USACE) on behalf of the City of Sarasota.

The website for Jane West Law says West is a “dedicated and thoughtful advocate with significant litigation experience at state and federal levels. She was admitted to the Florida Bar in 1998 and has also gained admission to the Maine State Bar, the U.S. District Court of the Southern District of Florida, and the U.S. Court of Appeals for the 11th and 7th Circuits.”

“Her litigation experience,” the website notes, “encompasses a range of issues,” from dredging cases to sewage outfall challenges to “beach nourishment challenges … and numerous comprehensive plan amendment and zoning challenges.”

From 1999 to 2001, the website adds, West was chair of the Public Interest Committee of the Environmental and Land Use Law Section of the Florida Bar.

Van Roekens noted in the newsletter that Noah Valenstein, secretary of the Florida Department of Environmental Protection (FDEP), gave full support to the Recommended Order filed on May 8 by the state administrative law judge who presided over a Florida Division of Administrative Hearings (DOAH) case in December 2017. During that proceeding, SOSS2 and the Siesta Key Association (SKA) presented expert witnesses who testified that their research found significant errors with the modeling the USACE undertook for the Lido project.

In his Recommended Order, Judge Bram D.E. Canter called only for a reduction in the volume of sand to be removed from the pass — from 1.7 million cubic yards to 1.3 million — and a prohibition of dredging in two borrow areas from April to September, when spotted sea trout spawn in those locations. The trout’s spawning season was the focus of research undertaken on behalf of SOSS2 and the SKA by R. Grant Gilmore Jr., president of the Vero Beach-based consulting firm Estuarine, Coastal and Ocean Science Inc.

Van Roekens added in the newsletter that Valenstein said he was unable, under the guidelines of the DOAH process, to reweigh evidence and testimony presented during the hearing. “We are disappointed [in Valenstein’s decision],” van Roekens continued, “because we believe the evidence overwhelmingly showed that the ‘science’ used by the [USACE] was seriously flawed. Their claims that Siesta Key would not be harmed were not substantiated.”

The newsletter also pointed out that the original USACE manager of the Lido project — Milan Mora — was the one who officially unveiled Big Pass as the intended sand source for the Lido project when he appeared before the Sarasota County Coastal Advisory Committee in September 2013.

The city and the USACE did not submit their permit application to the FDEP until March 2015. On Dec. 22, 2016, FDEP released its Notice of Intent to issue the permit, which prompted the SOSS2 and SKA challenges through the DOAH process.

Furthermore in the newsletter, van Roekens referenced statements by Sarasota City Manager Tom Barwin about the $2.5 million “insurance policy” the City Commission has set aside in the event damage does result from the Lido project. “Perhaps he is unfamiliar with what just one house in Sandy Hook would cost to replace,” van Roekens wrote.

Sandy Hook is an historic neighborhood that fronts Big Pass on the northern part of Siesta Key.

As for planned monitoring of the project: Van Roekens added that “it does not go far enough unless you are able to fix the problems you detected. There is not an insurance company in the world that would underwrite such a risk.”

SOSS2 needs to raise more money for its latest efforts, van Roekens explained in the July 9 SOSS2 newsletter. “The only thing that could cause us to give up this fight for Siesta is lack of funds,” he pointed out. “We need to raise $50,000 this year. … Please help us now with whatever you can donate to reach our goal.”