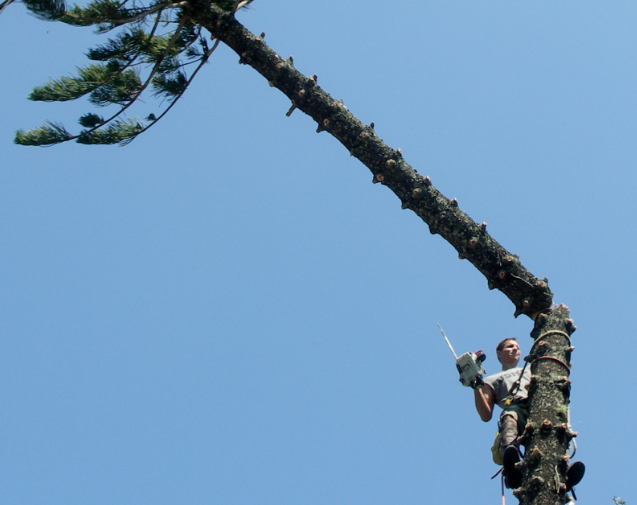 Hurricane stuff you know, or not
By Paul Roat

Here’s the list of items experts strongly advise you have on hand to weather a hurricane, in no particular order.

A totally unscientific poll of a handful of the handiest folks we could think resulted in a “tool time” question, targeted mostly for homeowners but also useful for condo dwellers:

What are the most important tools you could have before, during, and after a storm? And please keep the price to less than $100.

Tool Tim gave the matter quite a bit of thought and provided a thoughtful answer of one of those nifty inverters that you can plug into a cigarette lighter in your vehicle and transform the DC current from the battery into AC to power stuff in your house.

No, you can’t run your air-conditioner off it, but you can charge your rechargeable batteries — you do have those, right? — cellphone, laptop computer, even a fan or light in your house if/when the power goes out.

Get a big one. Bigger is definitely better in this inverter case, so splurge.

Tool Jack was a bit more pragmatic: Heavy-weight gloves and work boots that are nail-resistant.

“If you’re trying to clear debris, you’re gonna be useless in a half-hour if you’re all cut up and limping,” he said, pointing out that rusty nails from dismantled roofs will be everywhere, including your feet and car tires.

Tool Jack then went into a post-disaster mode, suggesting a raft of debris-clearing items. Get a little sledgehammer, something you can swing for a long time, to break up what’s left of your roof which may now be in your driveway.

A crowbar-type device would be good to have, too, and some sort of saw or shears to cut through that cheap metal that seems to be everywhere in any type of rubble.

Don’t forget a shovel to dig up what’s left of your landscaping, and a rake to finish the job.

Jack suggested lots of big, heavy, industrial-size plastic bags for all the debris. He should know: His son lost his mobile home in Punta Gorda post-Hurricane Charley and did a lot of cleanup down there.

Tool Jo Ann suggested a screw gun, or cordless, rechargeable screwdriver, as No. 1 on her hit parade. Actually, so did the rest if the Tool Crew, but not at the top of their lists. Make sure you’ve got a set of sharp bits. Spare rechargeable batteries are a good idea. Remember that inverter mentioned above? Right.

And another echo from the Tool Crew was a chainsaw.

I know, they’ve got all those sharp moving parts that can take off your leg, they’re noisy, and lots of people are scared witless about them.

But chainsaws are just tools. Look before you cut, figure out what you’re doing, and you should be fine.

And then there is the generator issue.

Tool Tim pointed out that the most dangerous aspect of a generator is the fool that hasn’t read the directions of its use.

No, you can’t set it up in your living room if you want to live through the night.

No, you can’t run it 24/7 unless you want it to explode since they tend to overheat.

No, you can’t get crafty and work one of those male-to-male electric cords that let you plug the generator into any outlet and power up the whole house, unless you want to electrocute the electric company crew three blocks away with the juice that flows, augmented, from your generator to them.

No, you can’t figure to pour more gas into the overheated generator while it’s running on empty unless you want to blow yourself up when you spill the fuel on the hot parts.

Speaking of fuel is another scary issue. Depending on size and consumption rate, generators — and chain saws — need quite a bit. That means you’ve got gallons and gallons of gas sitting around in your garage or carport or somewhere for a long time, just wishing for a match to explode.

Be careful with all that.