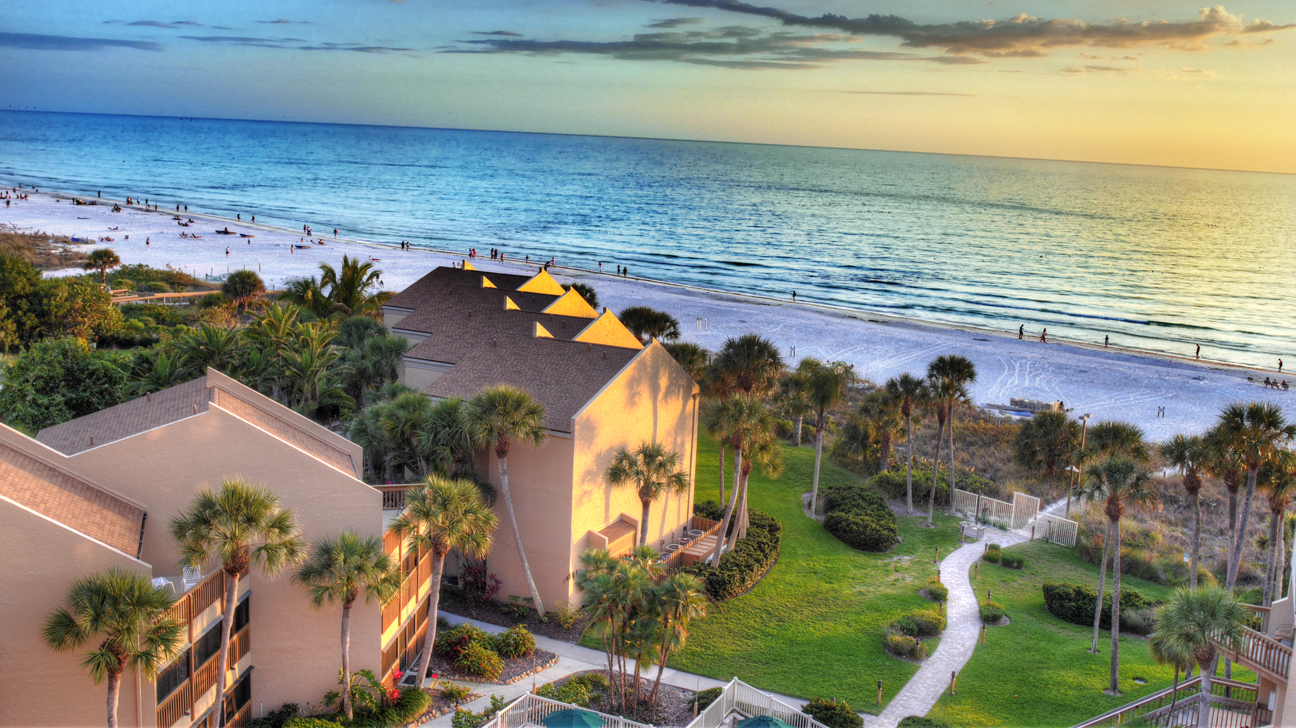 Crescent Beach to Bay at Midnight Cove
By Roger Drouin 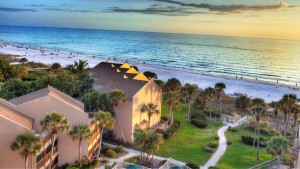 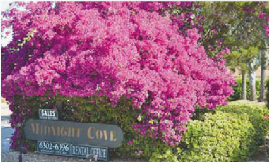 Association and Midnight Cove Realty. “It is probably the only Bay to Beach complex with a marina on the bay side” on the Key.

“Property owners and renters have access to the marina,” Magee said. “Renters can rent a boat and have a boat there for a week or two.” 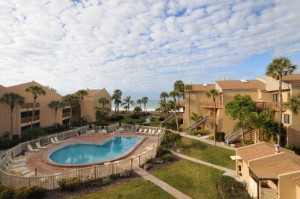 The resort is close to many boating and fishing opportunities, and even without a boat vacationers staying at Midnight Cove can fish off the Crescent Beach shoreline or in the Intracoastal. The community also features two tennis courts, one on the Gulf side and one on the bay side. It’s a close walk to Point of Rocks. 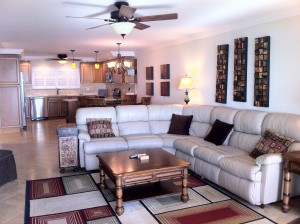 Or for full relaxation, there is the private beach with complimentary umbrellas and beach chairs. “It’s a full resort and offers a little bit for everyone,” Magee said.

The resort has a weekly minimum rental policy. All of the units are individually owned and decorated to the owner’s taste. 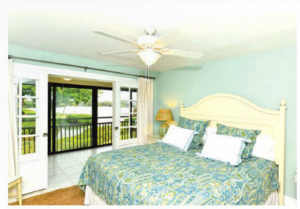 They are equipped, however, to the community’s standard inventory including beach towels, bed linens, bath towels, cookware, dishes and kitchen utensils.

Condominium fees range from $600 to $675 monthly, and include water, cable, exterior insurance coverage, full maintenance staff and a funded reserve. 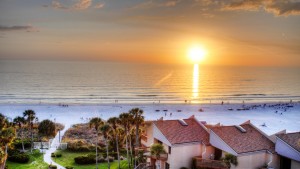 “Midnight Cove was developed in phases from about 1979 to 1982, yet most of the units have transferred ownership and been updated several times over the years,” Magee said.

“The structures’ exteriors have been upgraded as well. This year will be the last of a three-year project to replace all facades and stairways,” Magee said.

“There are a total of 142 condominium units in the community. The units have two or three bedrooms, with the exception one four-bedroom townhouse. Every unit has a water view of either the Gulf, Intracoastal, or the cove.

Some people prefer the units facing the cove. “It’s quieter, there is a different type of wildlife and birds,” Magee said.

Over on the beach side, units offer a view of Crescent Beach.

“Every unit has a lanai, and some have two,” Magee said.

Midnight Cove is walking distance to a half dozen restaurants and South Crescent Beach shops, and also to Point of Rocks for snorkeling or shell collecting. There are rental outfitters nearby if a vacationer want to rent a bike or kayak. “You could not have to use a car if you didn’t want to,” Magee said.

But traveling by car to the mainland is easy since Midnight Cove is close to the Stickney Point Road Bridge. Guests can also ride into Siesta Village by taking one of the free rides on the Key.

This spring, the new fitness center opened. “It’s brand new with state of the art equipment,” Magee said. “We designed the room for a full exercise room.”

The new fitness center fills the resort’s old office space, and a brand-new expanded office space also opened. The Siesta Key Chamber of Commerce was in attendance for the opening of the fitness center, new office, and clubhouse.

Midnight Cove bayside has three units listed for sale, as of press time. Over the past year, three units have sold. Those three unit sales ranged from $331 per-square-foot to $397 per-square-foot, according to data in the Multiple Listing Service (MLS).

On the Gulf side, there is one unit currently listed for sale, an updated two-bedroom, two-bath 1,643 square-foot unit with a strong rental history. It is listed for $849,000.