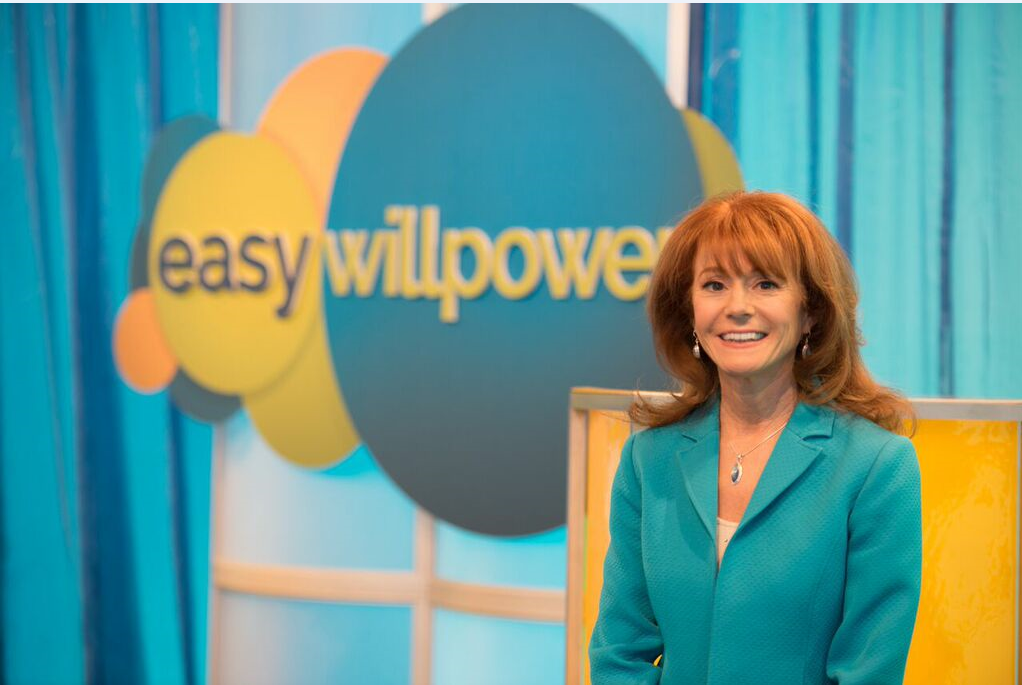 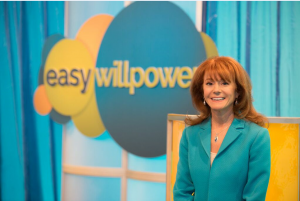 Siesta Key’s own Rena Greenberg is a nationally known Author and Speaker. As CEO of Wellness Seminars, Inc. and Slender Cider LLC, she is an expert on Weight Loss, Health, and Rapid Personal Change. She is an expert on hypnosis, using it as one of her techniques to reprogram destructive habits. In August of 2015, she will appear nationally on PBS as a fund raiser, going on tour to Baltimore, Denver, Albany, Atlanta and Little Rock, where she will appear live on camera. Rena’s show, Easy Willpower, will also air locally on WEDU Tampa.  As part of its pledge program, PBS will be offering  five CD’s, two DVDs, a Food-Map Workbook, a Healthy Eating IQ Quiz, and 3 motivational magnets, all created by Rena Greenberg.

The slim, energetic redhead has this to say: “I am passionate about the message of obesity. I give people the tools to retrain the brain. What a person does is change the station in their mind. Instead of feeling out-of-control, helpless, and weak-willed, they tune to a new station, one of empowerment, confidence, and a belief in their own ability to make good choices.”

Rena grew up in New Jersey, moving to NYC at the age of 17. She attended the Fashion Institute, where she received an AA degree. She held several fun jobs in fashion and ended up traveling to two islands: Tahiti and Guadalupe. Along the way, she developed a huge sugar and carb addiction, using exercise to balance out those cravings.

At the age of 26, however, Rena’s poor food choices caught up with her. She lost all her energy, and ended up spending 3 weeks in Cardiac Care in NYC, where she received a pacemaker. Doctors never came to any conclusions about what was causing her illness, except that she had an extremely low heart rate (30 beats a minute), one that was also irregular.  Slowly Rena started to eliminate any substance she thought might be contributing to her situation. First she quit sugar. Then she began limiting carbs, completely giving up processed junk.  In an attempt to improve her health, Rena concentrated on eating proteins, vegetables and fruit.  “I was very ill. I had no energy at all. A friend suggested I try Biofeedback, and I did. I was ready to try anything!”

A biofeedback instrument measures heart rate, blood pressure, brain waves, EKG, etc.  It does not actually do anything: it is simply a mirror of what is going on in your body. Rena took to it like a duck to water. “Wow! I have conscious control over my brainwaves. I can get out of Sympathetic Mode (Fight or Flight) and get into the Parasympathetic Mode – the state when you’re more ‘in the flow’. Your blood pressure comes down and your heart rate comes down. Yes, I knew nutrition was important, but I decided I really wanted to teach control of the mind.”

Rena went back to college. Before receiving the pacemaker, she had just met the man who was about to become her husband. His name was Barry Greenberg, and he was a NYC paramedic attending acupuncture school.

Now married, Rena graduated from City University of New York at Brooklyn College, becoming a biofeedback therapist both in private practice and at The Hospital of Joint Diseases in New York City.  “Biofeedback is not about the equipment. It’s about helping people to shift their thinking, their awareness, and how they are relating to themselves and their environment.  I began to study hypnosis because I realized that it’s the fastest way to help someone break old patterns of thinking and behavior. Through hypnosis, a person could reprogram the subconscious so that they don’t need to keep on making the same mistakes.”

Rena went on to earn two certifications in hypnosis from both The Eastern NLP Institute and the National Guild of Hypnotists. Today, besides being a nationally board certified biofeedback therapist, Rena is a certified Hypnosis and NeuroLinguistic Programming Trainer.

In 1990, the Greenbergs moved from NYC to Siesta Key. She created the Wellness Seminars, becoming an Independent Wellness Counselor accepted into 75 hospitals across Florida. The seminars were 2-hour highly motivational events on the subjects of Losing Weight and How to Stop Smoking. Rena kept a strenuous schedule going for many years, conducting seminars all over the state. She added Gastric Bypass Hypnosis to her repertoire, becoming one of the first practitioners to bring this non-invasive technique from Europe to America. She also went on to earn a Master’s Degree in Divinity from the University of Spiritual Healing and Sufism.

Rena is the Author of The Right Weigh: Six Steps to Permanent Weight Loss, published by Hay House. She has also written The Craving Cure: Break the Hold Carbs and Sweets Have Over Your Life (McGraw Hill). Most recently Rena has created Slender Cider, a therapeutic Liquid Herbal Concentrate designed to nourish, balance, cleanse and help to reduce cravings.

Today, Rena works mainly with people on a private basis, often in person, and sometimes using Skype or the phone because some of her clients live as far away as France and Qatar.  Her husband, Dr. Barry Greenberg, operates the Acupuncture Center of Bradenton.

The Greenberg house is a stone’s throw away from Out of Door Academy on Siesta Key.  Both daughters attended ODA. Jessie (19) will soon enter the University of North Florida in Jacksonville, while Crystal (21) is a student at University of South Florida in Tampa.

Siesta Key’s own Rena Greenberg has been featured in over 70 television news stories and more than 100 newspaper and magazine success stories, including in USA Today, Women’s World Magazine, CNN, Good Morning America, The Doctors Show, ABC-TV Nightline, and on FOX TV, CBS-TV and NBC-TV News. As of August, 2015, PBS will be added to that impressive list.

To learn more, go to www.easywillpower.com.