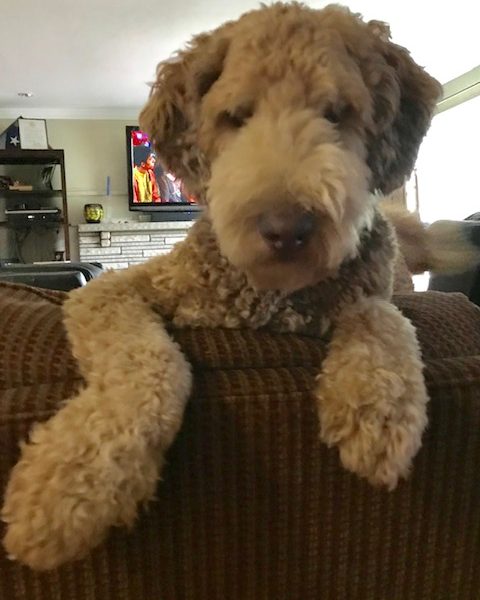 On a summer night three years ago, the Pittsburgh Penguins won their fifth Stanley Cup. That same day, a family originally from the Burgh chose this handsome guy as a member of their family and named him Stanley to commemorate their happiness in both occurrences. Stanley is a smart and fun-loving Goldendoodle who loves to frolic with other doggie friends. He always welcomes an offer of ice cream from one of the local shops. He is the only dog we’ve ever met who burps like his humans and is never ashamed of it! Stanley is a talker! He howls, sighs, barks, and whines his protection, dissent, or complete satisfaction. Here he is posing for a picture with what his family calls his “dainty paws”. Stanley is surely a winner (much like the Penguins) in our book!