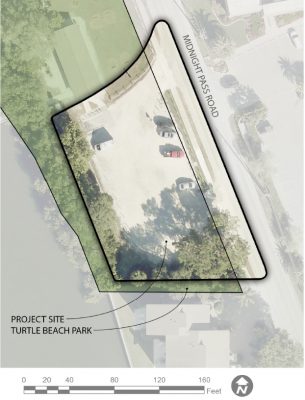 For years, residents who live near Turtle Beach Park have complained about the dust from the parking lot.

During comments to the County Commission on Dec. 14, 2016, a Sunrise Cove resident, Ed Schmidt, represented about 155 owners in the condominium complex located at 8877 Midnight Pass Road, he said, when he asked for improvements. The older parking lot in the park, he pointed out, “has been there for 40 years, and [the construction crew] used broken shell as a matrix over there.” Traffic has crushed that shell into a powder in the ensuing years, Schmidt continued. “And that powder blows around the property, and then when it rains, it becomes a soupy mess, and we have slip hazards on the pavement there.”

Schmidt told the board that Sunrise Cove residents have complained about the situation for a long time “and have gotten no response.”

A couple who lives in Sunrise Cove emailed county staff to complain, as well, that year, and they received a response from Shawn Yeager, the Beaches & Water Access Division manager in the Parks, Recreation and Natural Resources Department. In a Dec. 2, 2016 email, Yeager agreed with a point the writers had made — that the parking lot with the shell “is the only option for large vehicles to turn around …” He added that it has been used by buses and vehicles of similar size “for many years.”

Yeager continued, “The increased dust is likely a result of two factors. First, we experienced an unusually dry autumn this year. Second, there has been an increase in the truck traffic using the parking lot due to the Turtle Beach renovation project. The good news is that both of these factors are likely temporary in nature. The construction project will soon be completed, which will reduce the traffic to its normal volume, and once we get through this dry season we anticipate the dust settling and the problem being resolved. Your concern has been reviewed by our environmental specialists and there is no indication the dust poses a health hazard but we will certainly monitor the area.”

Yeager was referring to county improvements at Turtle Beach Park.

The rain “on this surface turns the powder into a slippery slurry which encroaches on … the sidewalk & pavement,” the couple responded, noting their dissatisfaction with his explanation.

During their regular meeting on May 22, the county commissioners unanimously approved the spending of $157,206 to pave one of the remaining shell areas of the parking lot. That section is located in the northeast corner of the park, fronting Midnight Pass Road and the park’s large picnic pavilion. “Vehicles, delivery trucks, and school buses frequently use this parking lot area to [turn around] on Midnight Pass Road,” a May 22 staff memo noted. (The park is near the southernmost part of the Key.)

Additionally, the Siesta Key Breeze open-air trolley stops approximately every 20 minutes in that parking area as it travels between Turtle Beach Park and Morton’s Siesta Market in Siesta Village.

The memo also noted that, when it rains, the trolleys and other vehicles track shell onto Midnight Pass Road and the adjoining sidewalk. 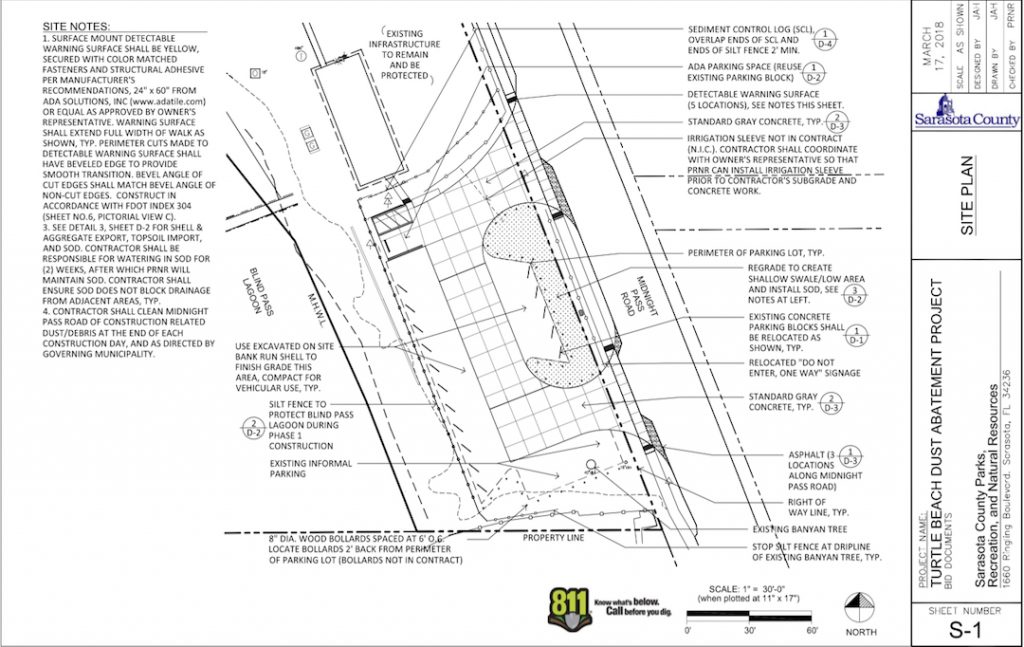 The project entails the widening and pavement of the parking lot’s entries; paving the travel way; paving the Americans with Disabilities Act parking space; improvements to the portions of the affected sidewalks along Midnight Pass Road; and the installation of a stormwater retention area “to divert water from where it typically stands at the southernmost entry [to the parking area].”

As for the funding: $133,826 will come out of penny sales tax revenue remaining from the allocations for the improvements both to Turtle Beach Park and Siesta Public Beach, the memo noted. The remaining $23,380 will come from the Tourist Development Tax revenue set aside for projects and events, the memo explained.

In 2006, the memo said, the Turtle Beach Park project was added to the county’s Capital Improvement Program. It entailed the remodeling of the community center; replacement of the docks; renovation of the accessible dune walkover; installation of a new dock; paving one part of the parking lot; landscaping; and construction of sidewalks, a new playground and a canoe/kayak launch; and the addition of a wash-down rack for water vessels. The project was completed in December 2016, the memo pointed out.

The Siesta Public Beach Park improvements were finished in early 2016.

The county’s Parks, Recreation and Natural Resources Department staff “has been corresponding with members of the Sunrise Cove Condominiums concerning their complaint and the proposed solution,” the memo noted.

Commissioner Alan Maio made the motion to approve the project, and Commissioner Paul Caragiulo seconded it.

“This is on south Siesta,” Maio explained to his colleagues. “It’s been a while coming. We’ve responded to requests.” The reason for the delay, he continued, was the need “to come up with a way” to deal with part of the parking lot without “cannibalizing it with a lot of stormwater retention [ponds], and this is a great solution.”

“For $157,000, all we’re getting is pavement for our trolley to turn around,” Chair Nancy Detert added, “and to create a lot less dust for local residents. We’re not paving the entire [shell lot].” 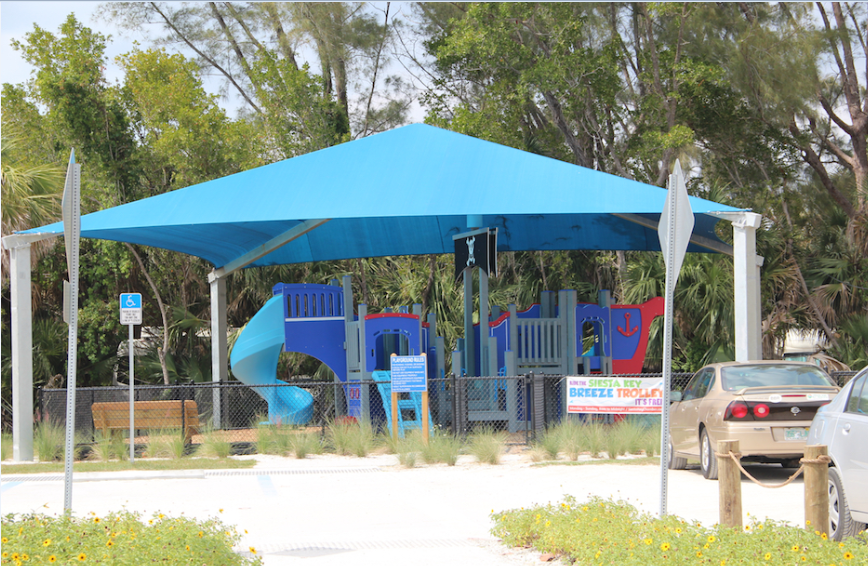