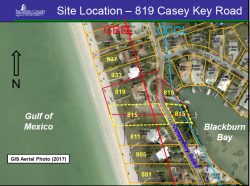 The kitchen was the sticking point for Sarasota County Commissioner Nancy Detert.

In the general context of a Casey Key Road couple’s request for a Coastal Setback Variance, however, her colleagues took a different view. They granted the variance on a 4-1 vote.

James S. and Molly A Resch of 819 Casey Key Road in Nokomis were seeking the variance so they could reconfigure their existing swimming pool and spa, add a garage, two new gazebos, paver walkways and driveways, and the kitchen on their property, a county staff memo explained. 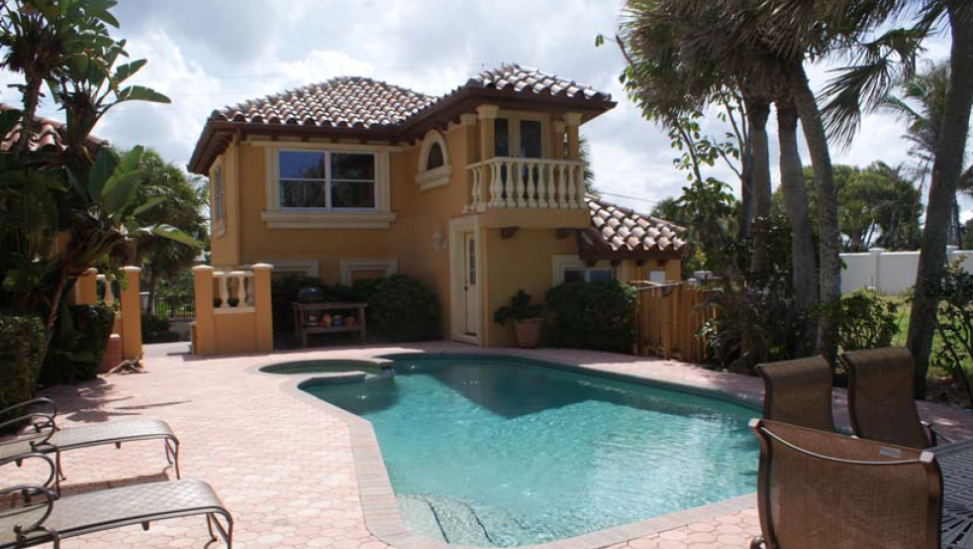 The Resches bought the initial 37,897-square-foot parcel on March 1, 1991, the memo noted. At that time, the portion of the property at the heart of their petition for the variance was the site of a single-family home built in 1952 and a detached, one-story garage — both located entirely seaward of the county’s Gulf Beach Setback Line (GBSL). That line was implemented to protect coastal vegetation and property during storms, county staff has pointed out.

On May 26, 1992, the memo continued, the Resches obtained County Commission approval to add a second story to the existing garage, along with a concrete entryway, a privacy wall and a new swimming pool and spa.

The proposed kitchen would comprise 217 square feet of enclosed habitable space, the memo noted. That structure would result in a 9.4% increase in habitable area seaward of the GBSL, the memo pointed out.

Additionally, the 985-square-foot, sand-set paver deck proposed to surround the new pool and spa would be a maximum of 68.4 feet seaward of the GBSL, the memo noted.

The new garage and gazebos would result in a 114% increase in enclosed non-habitable area on the property, the memo said. 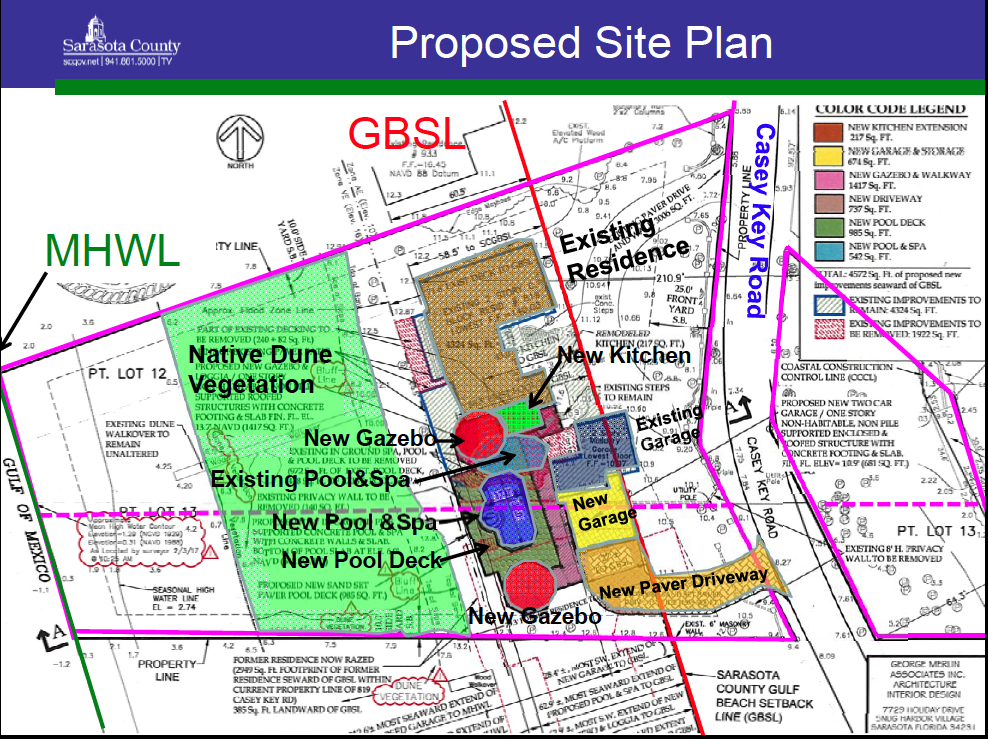 Noting on Oct. 10 that the new pool would be even further seaward than the current one, Commissioner Detert asked Howard Berna, the county’s environmental planning manager, “Would you agree that this is not in compliance with our stated policy,” which the commission asks staff to enforce?

She added that it is her understanding that the board’s policy is to grant a Coastal Setback Variance only if a denial would impede reasonable use of the property.

The requested swimming pool, spa and pool deck are considered ancillary structures, according to a staff analysis accompanying the memo in the Oct. 10 board agenda packet. “Denial of ancillary features would not result in an unreasonable hardship on the land,” the analysis pointed out. “The intensity of construction on this parcel seaward of the GBSL may result in future public expenditures associated with cleanup efforts following a natural disaster,” it added.

On June 5, 2014, the Resches purchased the northern half of the adjacent property to their south, which consisted of 21,040 square feet. The southern half of that parcel was bought by the neighbor on the other side in 2015, the memo noted.

When those transactions were conducted, the memo continued, that parcel — which carried the address of 815 Casey Key Road — was vacant; the previous owner had failed to obtain County Commission authorization to build a new house on the site, though a house previously stood on the property.

After the 2014 transaction splitting the 815 Casey Key Road property, the memo added, the Resches had a total of 58,936 square feet. On May 22, they submitted their application to the county for the Coastal Setback Variance so they could add the new structures.

“This property has doubled in size, and it looks pretty livable in the pictures,” Detert noted, referring to photos staff had provided the commissioners of the Resches’ home and area around it.

“The thing that bothers me the most is the kitchen,” Detert added. Approving a pool was not problematic, she continued. “If the pool falls into the Gulf, I don’t really care, and they can build a new pool.”

“But you don’t want the kitchen to fall in?” Chair Paul Caragiulo responded.

A kitchen or a bathroom is different, Detert said. “I have a problem with this.”

Except for the fact that the new pool and deck would be about 4 feet further seaward, Berna pointed out, the design for all the proposed improvements “stayed faithful to the existing line of construction on this site.”

Commissioner Alan Maio referred to the fact that the former 815 Casey Key Road parcel was divided in the two purchases. The Resches and their neighbors to the south, he said, effectively eliminated the possibility of another dwelling unit going on that land, “which also would have been problematic to the GBSL.”

Maio added, “In this case, what’s being built is, for the most part, the garage and the pool and the gazebos and a paver driveway. We would have a different issue, I think, if the people that owned … the lot to the south … were coming in for a whole new house.”

When Commissioner Charles Hines asked Berna for clarification that a kitchen is considered living space, Berna confirmed that this one would be because it would be under air conditioning and “it is a habitable area.”

Commissioner Michael Moran made the motion to approve the Resches’ Coastal Setback Variance petition, and Hines seconded it.

“If [the Resches’ construction plan] just had a pool and decking,” Detert continued, “I [would not] love it, but I could live with it. The fact that [they] have a kitchen there … is a problem.”