Is There a Publix in Siesta Key’s Future? 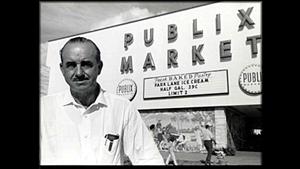 Yes, we know: you’ve heard this one before. Publix is coming to the Key. It’s been grist for the island rumor mill since before Midnight Pass closed.

Still, this time around recent retail trends and a changing competitive landscape in the grocery industry have aligned to lend some credence to local speculation that the Lakeland based chain is poised to plant its flag on the island.

In the past, skeptics always held a trump card they could play to shutdown any such discussions: where would they put it? There simply isn’t enough commercially zoned land available on the key to accommodate the standard 50,000 square foot grocery store, skeptics would say.

“I’d be very, very surprised,” he said. “I’m not saying they’re not going to build one. They certainly have the horsepower to buy anything they want. I would just be surprised if they put in a full-sized Publix over there.”

But that’s where those shifting industry trends come into play: over recent years, a whole new market segment has developed within the grocery space: smaller, specialty pocket stores requiring much less land to develop. It’s a concept promoted by chains like Whole Foods, Trader Joe’s, The Fresh Market and lately even retail giant Wal-Mart, which just unveiled its second “neighborhood market” store in the area with a new store at Bee Ridge Road and Beneva that opened on November 19th.

Wal-Mart’s version, at 35,000 to 40,000 square feet, would still likely be too large for the Key. But a 20,000 square foot store similar in footprint to the Trader Joe’s on the Trail near the hospital might just be a match.

Still, the “where” remains a potential obstacle. Even a 20,000 square foot store would be a major project for crowded Siesta. Many would oppose any project of this size on the basis of simply wanting to keep the key “low-key.” But there would also likely be many who would welcome a Publix (even while opposing any other retailer) if it meant they could reduce their trips to the mainland each week. Imagine that: a development whose proponents might argue it would actually reduce traffic on the key…at least in terms of trips across the north and south bridges.

As Chris Brown of Ocean Blvd. LLC, a frequent buyer and seller of retail properties on the island points out, it can be difficult if not impossible to get a zoning change for property within the Siesta overlay district.

“It would take an act of Congress to get some parcels rezoned,” he said in a telephone interview last week. “If it’s not already zoned commercial, it’s virtually impossible to get a change to CGI.”

And there are just not the many properties zoned for commercial on Siesta to begin with.

But there is one parcel that has been mentioned that would likely accommodate a scaled down “pocket Publix.” It’s the current site of the Wells Fargo Bank on Midnight Pass Road, a bit south of Beach Road. A source in local government – wishing to remain anonymous – has told Siesta Sand there have been inquiries made regarding this property, though on what level and by whom remains unclear.

According to a search of maps available on the county’s website, the Wells Fargo property is already zoned CG (Commercial General). The property appraiser’s on-line description lists it at 88,000 square feet. This compares with 56,000 square feet for the parcel on the Trail where Trader Joe’s is located.

Publix had not returned our call seeking comment prior to our going to press for this issue.

But one thing is certainly true: Publix is keenly aware of the success smaller competitors like Whole Foods and Fresh Market have had recently exploiting this new small store, specialty market concept. Indeed, Fresh Market is widely considered to be planning another local store as part of Benderson Development’s proposed Siesta Promenade project north of the Stickney Point Bridge approach to Siesta. It already operates a store on University Parkway in another Benderson developed center near the new UTC Mall.

Both Seidel and other observers agree, Publix didn’t get to the top of the food chain in the grocery industry by ignoring challenges from newcomers.

Many long time Siesta residents will recall that when the original Southgate Mall opened in 1959, it was anchored by not just one, but two grocery stores: A Publix and a Winn Dixie. At that time, the latter was the industry giant and Publix, the aggressive upstart. In little more than two generations that has changed dramatically, with Publix now the undisputed leader in Florida and growing rapidly in Georgia and Alabama. The firm has also recently launched expansions into both North Carolina and Tennessee.

Says Seidel: “They’re a well-oiled machine. And they do it right, just like Benderson does.”

Of course, there is another potential obstacle to the Wells Fargo site that can’t be ignored: what if the bank simply doesn’t want to sell?

“I’m sure they (Wells Fargo) have quite a few well-to-do customers over there,” said Siedel. “They might not want to risk that business.”

But there’s always the possibility that as part of any proposed deal, Publix could help relocate the bank branch to a new location, or even add it to their design for the new site. After all, they’re not just in the grocery business. They’re developers as well, handling most of the land acquisition and development work for their new stores in-house.

In any case, any negotiations or offers concerning a possible deal certainly wouldn’t play out on the local level. Rather, someone from the Publix corporate office in Lakeland would likely reach out to a counterpart at Wells Fargo’s headquarters in San Francisco.

Based on Publix’s reputation, Wells Fargo would certainly take that call and look carefully at any offer the company might make, not so much for the dollars involved (admittedly small…at least in relation to the overall revenues of the two players), but rather because of the opportunity it might present to cultivate or advance a financial services relationship with a dominant, well-managed blue chip corporation that is a leader in its field.

Bolstering the argument for a local store: despite having given early entrants like Whole Foods and Fresh Market a head start in the small store space, there are signs Publix is now ready to jump in with both feet. A Wall Street Journal story earlier this year reported the company was considering making a play to purchase Whole Foods, a leader in the segment. Whole Foods stock initially jumped on the news, but fell back after no action from Publix was forthcoming. Some analysts believe the company simply decided to develop its own concept instead.

A recent story in the Orlando Business Journal is consistent with that analysis, reporting, “a 20,000-square-foot store is reportedly in the works for seaside and college areas.”

So while it’s certainly no sure bet, if Publix does pursue a small store strategy, Siesta would seem tailor-made for the concept.

With three stores just across the bay on the mainland to serve Island resident, the decision is unlikely to be made on the basis of dollars and cents alone. In fact, Seidel points out that a store on the key might in fact diminish revenues at the existing nearby stores, at least initially.

A more important factor to consider may be the company’s well-honed business instincts, marked by a corporate culture of aggressively pursuing and protecting market share.

As Seidel adds “They’re tough to compete against.”

The final decision is likely to be made not on the basis of where Publix sees its business being today, but rather where it sees that business being several years from now.

That was the early aggressive posture that guided founder George W. Jenkins in his decision to open a Publix next to an industry giant Winn Dixie store in a new shopping center carved out of a former orange grove in sleepy Sarasota circa 1959.

That same aggressiveness has served the company well in the years since.