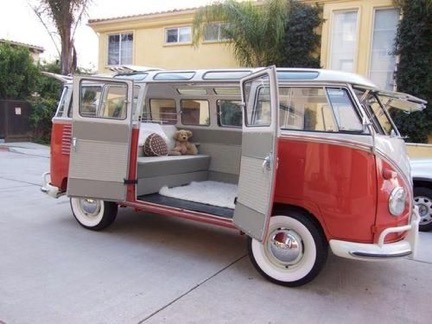 A Season of Surprise?

Conventional wisdom has seemingly already written off this year’s tourist season due to continuing fallout from the Covid-19 pandemic. But I’ve been surprised recently by the return of two-and-three cycle traffic light delays at several congested intersections around town – a clear signal that our local equivalent of the return of the San Juan Capistrano swallows has begun.

States like Florida with much fewer restrictions and the benefit of great weather could be the big winners, perhaps with a late season surge in the offing. I’m not saying it’s a lock, but I don’t think it’s beyond the realm of possibility.

And if not an immediate bounce in visitors, what about a longer term breakout? The last major US pandemic, the Spanish flu of 1918-1919 was comparatively worse in terms of length and lives lost, but it ushered in the roaring twenties, a decade of unbridled energy, creativity and enthusiasm, one unmatched in US history.

So, what about it? Maybe, just maybe, Florida’s glass is half-full, not half empty.

The much maligned ‘Unconditional Surrender’ statue will stay on Sarasota’s bayfront, much to the dismay of certain locals who would have preferred it be banished from its oh so visible downtown location where some fear it may confuse visitors passing through into thinking they’ve arrived in Bradenton or, – (gasp!) – North Port, and not the highly refined, uber sophisticated haunt they imagine Sarasota to be.

Meantime, long-serving City Manager Tom Barwin is leaving office, ‘voluntarily,’ though a shift in the balance of power on the city commission clearly influenced his decision.

Though his tenure didn’t approach the nearly 40-year reign of iron-man City Manager Ken Thompson, who served in that office from 1952-1988, a period when Sarasota actually was an honest-to-goodness arts colony, not simply a chamber-of-commerce approximation thereof, Barwin, with 12 years of service, did outlast a number of his political rivals and managed to leave office with his dignity intact, which is more than can be said for a number of his most recent predecessors.

The venerable Volkswagen Microbus from the 1960s has become one of the most sought after candidates for restoration in recent years, with prices for restored examples at auction soaring to prices well north of $100,000, especially for high-end models like the prized 13-window version.

Long-time local writer and journalist Stan Zimmerman – a reporter for a precursor to this publication, The Pelican Press – had a VW Bus that he donated years ago for a raffle supporting a sixties themed fundraiser MC’d by Longboat Key resident Dick Smothers. I think it was for the benefit of the now defunct G-Wiz Science Museum that occupied the old Selby library across from the Hyatt Hotel for many years. Anyway, I bet Stan wishes he had the VW bus today.

But as I recall, his example was fairly rough at the time, and restoration costs aren’t cheap and the time needed to pull off a first rate restoration is not short.

But one lucky fellow featured on the PBS show “Antiques Roadshow” recently found a slick way to monetize the resurgence of popularity in these iconic symbols of sixties culture without all the hard work and deep pocket expenses. He had brought in an especially rare ‘Hot Wheels” example featuring a surfboard protruding from the rear window that his father had given him years ago when he was a kid. His diminutive version, measuring less than 4 inches in length, was valued by the Antiques Roadshow appraiser at $100,000-to-$150,000, many, many, many times greater than its weight in gold.