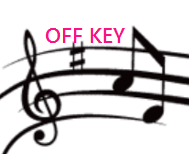 From Sarasota after Midnight to a bit of Lakeland on Longboat

Chapman’s Walk on the Wild Side…

During recent discussions leading up to a city commission vote on whether to approve a Cask & Ale location for downtown Sarasota, commissioner Susan Chapman added to her reputation as a take charge woman of action and intrigue by recounting her latest ‘research’ on the issue. Not one to sit idly by and let staff members have all the fun, Chapman set out on her own one recent late night/early morning to walk city streets and see just what goes on after last call. She was not impressed, noting that city cops don’t seem to have a handle on the alcohol fueled revelry that often spills out onto the sidewalks after the 2:00 a.m. closing time of local nightspots.

Cask & Ale has become a popular meeting spot for the younger set (meaning anyone under 70?) at its downtown Saint Petersburg location and Chapman has apparently taken note of the threat this could represent to her peace loving, light sleeping constituents here, hence her post midnight ‘walk on the wild side.’

But alas, as has increasingly been the case lately – whether concerning employee reviews or restaurant approvals – Chapman found herself on the wrong end of a 4-1 vote. So a Cask & Ale will be coming to Sarasota, where I’m sure owner Jeremy Wallace will come to know all too well our relentless crusader for ‘truth, justice and above all else ‘QUIET!’

“I’m at Checkers and they told me I had to go back around…then they closed the window on me. That’s insubordination! They won’t correct my order.” That’s right, with all the problems in today’s world, a botched drive through order rose to the level of personal emergency for John May, 53, of Winter Haven. Police responded and May was cited for misuse of 9-1-1.

Some are praising Nintendo’s latest Pokémon Go! App for getting kids outside. Now if we could only get them to lift their eyes from the miniature, pixelated screen version of their surroundings to see the larger real world around them… Just wondering how long it will be before we hear the story of someone plummeting off the edge of the Grand Canyon while trying to “get them all?”

Remember the unsolicited career advice Dustin Hoffman’s character got in the 1967 film “The Graduate?” “Just one word son…plastics.”

Well, today the advice would be “data analyst.” According to financial commentator David White, straight out of college data analysts today can command salaries of up to $400,000 per year. These are the folks behind the ability of companies like Amazon, Google and most expertly, Facebook, to know what we as consumers want (sometimes before we even know ourselves)…making sure we see just the right ads at just the right time. The ability to exploit data in new and innovative ways is what has fueled the growth of companies like those mentioned above; conversely, the inability to tap into this revenue stream is why so many traditional retailers like Macy’s, J.C. Penney and even former stars like Wal-Mart have lagged.

The City may have stifled its recent zoning change request for a new loading dock off Rawls Avenue, (prompting threats of a lawsuit and a possible move out of downtown), but for now, the show goes on downtown at the Woman’s Exchange, 539 South Orange Avenue, arguably Sarasota’s favorite consignment shop.

The store’s annual Summer sale will run from 9:00 am to 5:00 pm Friday, August 5th and 10:00 am to 4:00 pm Saturday, August 6th and promises a wide array of bargains including 50% off a selection of oriental rugs, and 14kt gold jewelry, a huge selection of items for just $1 and Sterling silver jewelry starting at $6.

Downtown without the Woman’s Exchange? Hopefully commissioners will reconsider their vote (which incidentally ran counter to staff recommendations); but just in case this is the last year downtown, make sure to drop by and show your support.

Brad and Becky Green got a call with some bad news from an employee of their Thonotosassa RV business while they were out of town at a family reunion last month. The business was struck by lightning. The building was a total loss. The name of their business? Lightning RV.

A Tough Season for our Boys of Summer

Oxymoron of the day from the sports Department: “Coming up after the break, Tampa Bay Rays highlights!”

Mid Longboat Key’s beach restoration project finished up for now recently with the last truckload of sand delivered last week – not from off shore – but instead from Lakeland, Florida. The total delivery: over 300,000 tons, giving landlocked Polk County at least a symbolic claim as a beachfront community.